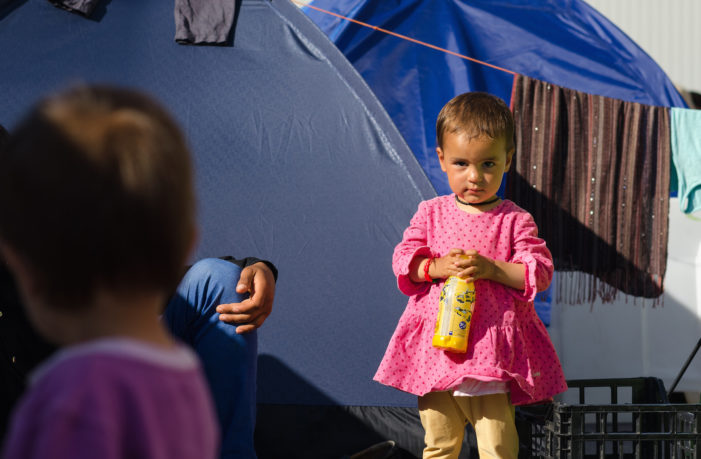 Three children in the Deir-Ez-Zor eastern region of Syria have contracted polio during the past three months. The World Health Organization (WHO) confirmed on June 8, 2017 that a polio virus strain designated as vaccine-derived poliovirus type 2 (cVDPV2) was found in a healthy Syrian child and two other children diagnosed with Acute Flaccid Paralysis (AFP)—an acute form of paralysis. The children with AFP experienced the onset of paralysis on March 5 and May 6.1 2

The cVDPV2 strain is a “mutated version of the [polio]virus in some vaccines rather than a wild polio strain.” This vaccine-derived poliovirus is caused by the oral polio vaccine (OPV), which uses an attenuated (weakened but still alive) form of the poliovirus.2

AFP, also known as Acute Flaccid Myelitis (AFM) or non-polio AFP (NPAFP), has been reported by the media since 2014 as a “mysterious polio-like illness”3 and some researchers believe it is caused by enterovirus-68 (EV68)3 4 A recent animal study found that the EV-D68 strain associated with a nationwide outbreak of enterovirus respiratory disease in 2014 can cause paralysis in mice.5

In a paper published in the Indian Journal of Medical Ethics in 2012, Neetu Vashisht, MD and Jacob Puliya, MD wrote: “Clinically indistinguishable from polio paralysis but twice as deadly, the incidence of NPAFP was directly proportional to doses of oral polio [vaccine] received.”4 6

Syrian authorities conducted polio vaccination campaigns in Deir-Ez-Zor in March and April 2017 using “bivalent oral polio vaccine.”1 The polio eradication program in Syria has received reports of 58 children who have been diagnosed with AFP in Deir-Ez-Zor. Tests conducted on the children thus far have determined that vaccine-derived polio viruses were not responsible for the onset of the disease in 11 of the cases. Further testing is planned for the remainder of the children.7

The WHO confirmed two cases of vaccine-derived poliovirus type 1 (cVDPV1) in Ukraine in 2015.8

4 Responses to "Syrian Children Get Polio from Oral Polio Vaccine"