Acute Flaccid Myelitis and Routine Childhood Vaccinations: This is Nothing New 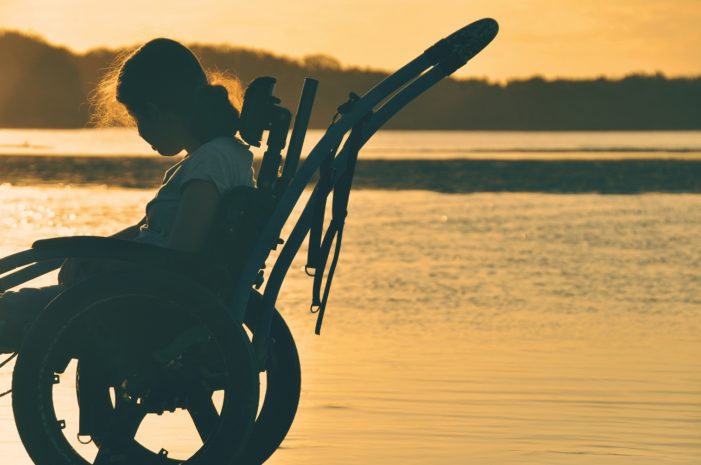 In the last several weeks there has been a growing concern about the number of children who have developed Acute Flaccid Myelitis (AFM), which the media has reported is a “mysterious polio-like illness.” Daniel Ramirez died on Sunday, Oct. 30, after being hospitalized for two weeks with paralysis. The doctors at Seattle Children’s Hospital are “scrambling” and “desperate” to find the cause.1

KOMO News in Seattle talked with Daniel’s mother before his death in a heart-breaking video report.2 Daniel’s mother knew her son was dying. She also knows something else the media is not reporting: Daniel was vaccinated two weeks prior to getting sick.

The connection between childhood vaccination and paralysis has been known since the polio outbreaks in the 1940s and 1950s, and the knowledge was not confined to Australia. It also happened in the United States, Canada, Germany, Italy, France, and England. There is a good article by Stephen Mawdsley in The Lancet, titled “Polio Provocation: Solving a Mystery with the Help of History.”3 Mawdsley reveals some interesting facts about the association between vaccination with diphtheria, tetanus, and pertussis, and the increased risk of paralytic polio in recently vaccinated children.

… it was not until the end of World War II that injection-induced polio emerged as a public health concern. The application of epidemiological surveillance and statistical methods enabled researchers to trace the steady rise in polio incidence along with the expansion of immunisation programmes for diphtheria, pertussis, and tetanus. A report that emerged from Guy’s and Evelina Hospitals, London, in 1950, found that 17 cases of polio paralysis developed in the limb injected with pertussis or tetanus inoculations. Results published by Australian doctor Bertram McCloskey also showed a strong association between injections and polio paralysis. Meanwhile, in the USA, public health researchers in New York and Pennsylvania reached similar conclusions. Clinical evidence, derived from across three continents, had established a theory that required attention.3

Mawdsley goes on to discuss the theories about the mechanism behind polio provocation, which included the hypothesis that the act of piercing the skin during injection drove the polio virus (an enterovirus similar to EV-D68, which has been associated with the “mysterious polio-like illness” circulating in the U.S. for the last few years) into deep tissue, and from there, into the central nervous system, where it led to paralysis and sometimes, death.

“The impressive volume of literature on polio provocation by the 1950s fueled changes in health policy,”3 writes Mawdsley. “U.S. health organisations and charities, including the National Foundation for Infantile Paralysis, the American Academy of Pediatrics, and the American Public Health Association, accommodated the possibility of polio provocation and encouraged health professionals to avoid ‘indiscriminate’ injections and ‘booster shots’ during epidemics.”3

In New York City, child health stations were closed and laws mandating paediatric vaccinations before school attendance were relaxed. Most health professionals reformed their immunisation practices and accepted that seasonal factors and cycles of disease were important to consider before immunising children.3

In the 1940s and 1950s, the mechanisms of provoked polio were hypothetical. They did not remain hypothetical. In an article titled “Mechanism of Injury-Provoked Poliomyelitis,” published in the Journal of Virology in 1998,4 researchers reported their findings, which confirmed the suspicions of nearly half a century earlier:

Skeletal muscle injury is known to predispose its sufferers to neurological complications of concurrent poliovirus infections. This phenomenon, labeled ‘provocation poliomyelitis,’ continues to cause numerous cases of childhood paralysis due to the administration of unnecessary injections to children in areas where poliovirus is endemic. Recently, it has been reported that intramuscular injections may also increase the likelihood of vaccine-associated paralytic poliomyelitis in recipients of live attenuated poliovirus vaccines. We have studied this important risk factor for paralytic polio in an animal system for poliomyelitis and have determined the pathogenic mechanism linking intramuscular injections and provocation poliomyelitis. Skeletal muscle injury induces retrograde axonal transport of poliovirus and thereby facilitates viral invasion of the central nervous system and the progression of spinal cord damage. The pathogenic mechanism of provocation poliomyelitis may differ from that of polio acquired in the absence of predisposing factors.4

The virus that is associated with the more recent hospitalizations of children is Enterovirus D68. It is not polio, but it is a very similar virus and belongs to the family of enteroviruses, which includes polio virus.

There are some doctors who remember provocation polio. One of those doctors is Alan S. Cunningham, MD, a retired pediatrician. Dr. Cunningham’s concerns were published in The BMJ in January 2015:

Since August 2, 2014 our Centers for Disease Control has received reports of 107 cases of ‘acute flaccid myelitis’ (AFM), a polio-like illness in children in 34 states. During the same interval there have been 1153 cases of respiratory illnesses associated with enterovirus D-68 (CIDRAP News 1/16/15. CDC update 1/15/15. Catherine Saint Louis, NY Times 1/13/15). AFM affects motor neurons in spinal cord gray matter, resulting in asymmetrical limb weakness; 34% of patients have cranial nerve motor dysfunction. Median age of patients is 7.6 years/range: 5 months-20 years (MMWR 63: 1243–January 9, 2015). So far only one child has fully recovered. EV-D68 is a suspected cause but, thus far, no viruses have been found in the spinal fluid of patients, and only a minority have had an antecedent illness associated with EV-D68. Case-control studies are planned to look for clues, but presently AFM is a mystery disease of unknown cause.

It is taboo to suggest a role for vaccines, but some old-timers remember “provocation poliomyelitis” or “provocation paralysis.” This is paralytic polio following intramuscular injections, typically with vaccines. PP was most convincingly documented by Austin Bradford Hill and J. Knowelden during the 1949 British polio epidemic when the risk of paralytic polio was increased 20-fold among children who had received the DPT injection (BMJ 2:1–July 1, 1950). Similar observations were made by Greenberg and colleagues in New York City; their literature review cited suspected cases as far back as 1921 (Am J Public Health 42:142–Feb.1952). I first became aware of PP 10 years ago while browsing through “Krugman’s Infectious Disease of Children” (page 128 of the 2004 edition). AFM may result from a direct virus attack on the spinal cord, or by an immune attack triggered by a virus, or by something else.

If a polio-like virus is circulating in the U.S., the possibility of its provocation by one or more vaccines has to be considered.5

The United States has a history of doing the right thing when this happened in the 1950s. The question is, will the U.S. and the doctors, government health departments, and the American Academy of Pediatrics (AAP) do the right thing now? And if not, how many more children like Daniel Ramirez will be sacrificed as a result of that decision?

As Mawdsley writes in his Lancet article, concerns about polio provocation resurfaced in the 1980s, as vaccination programs increased in developing countries, and as a result, increasing numbers of children were being paralyzed.3 In the 1980s, the U.S. government went on record as choosing the vaccination program over the well-being of children, publishing the following in the Federal Register on June 1, 1984 in regard to the polio vaccine:

… any possible doubts, whether or not well founded, about the safety of the vaccine cannot be allowed to exist in view of the need to assure that the vaccine will continue to be used to the maximum extent consistent with the nation’s public health objectives.6

38 Responses to "Acute Flaccid Myelitis and Routine Childhood Vaccinations: This is Nothing New"