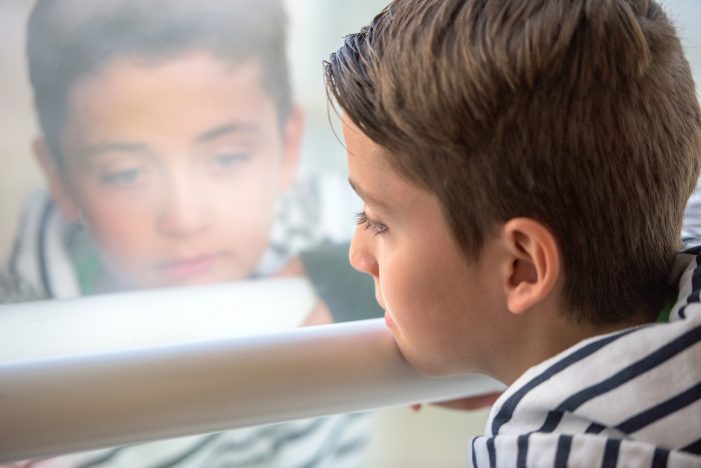 A new study published in the journal JAMA Pediatrics found that the number of children and adolescents diagnosed with autism spectrum disorder (ASD) in the United States has risen to 1 in 30. The study, which was conducted by public health researchers at Guandong Pharmaceutical University in China, looked at data from the annual National Health Interview Survey (NHIS) maintained by the U.S. Centers for Disease Control and Prevention (CDC). It estimated there was a 52 percent increase in ASD diagnoses among children and adolescents in the U.S. during 2017-2020.1 2 3 4

The 1 in 30 figure also represents a marked increase when compared to last year’s CDC estimate of 1 in 44 American children with ASD. However, that analysis published by the CDC in November 2021, was limited to data in 2018 from about a dozen states in the U.S. and only focused on eight-year-old children, so the study published in JAMA Pediatrics would appear to be more comprehensive, more current and, consequently, more accurate.5 6

1 in 10 Children With Autism by End of Decade?

In a recent article in The Vaccine Reaction that cited the CDC’s more conservative 1 in 44 figure, I noted that if autism rates continued to increase at the pace in which they have for many years “it is possible that the rate may hit 1 in 30 or 1 in 20 within the next few years.” Based on the JAMA Pediatrics study, we are now there.5

I also wrote that if nothing were done to slow or reverse whatever is fueling this growth trend in ASD, it would be reasonable to assume that the rate of children diagnosed with this disorder by the end of this decade would reach somewhere between 1 in 10 children in the U.S. and that that would be consistent with Dr. Stephanie Seneff’s prediction that 1 in 2 children in the U.S. could be diagnosed with ASD by 2032.5

Is the Autism Epidemic More Social or Biological in Nature?

The study in JAMA Pediatrics did not comment on what may be causing the continuing rise in ASD diagnoses, but there has been much speculation that the trend may largely be attributed to greater public awareness of the disorder and also changes in diagnostic criteria. In other words, that there is no autism epidemic but rather a diagnosis epidemic—that the rise in ASD diagnoses is a social phenomenon, not a biological one.1 2 3 4 5 6

Genetics has also occasionally been brought up as a possible contributing factor.

There is another belief, though, that the autism epidemic is real and that it may indeed be biological and tied to environmental exposure factors. In a recent article, Dr. Joe Mercola wrote:

[I]mproved diagnosis alone cannot explain this trend. One in 30 children and adolescents were not autistic in the 1980s, with or without diagnosis. No, something is going on. One or more environmental factors are clearly having a devastating impact on our children.3

Glyphosate appears to be a leading contributor to autism. Other contributing factors include maternal antibodies associated with autoimmune diseases, maternal immune system overactivation and mitochondrial dysfunction (typically involving electron transport chain overactivity). Mitochondrial abnormalities are suspected of being involved in as many as 80% of cases.3

But again, the study in JAMA Pediatrics does not address the issue of causality as it relates to ASD, it focuses on prevalence of the disorder and breaking it down by factors such as gender and family income. The study, for example, identified significant differences in ASD prevalence between males and females.1 2 4

According to the study, in 2020 4.64 percent of the cases diagnosed with ASD were boys while only 1.56 percent were girls. Children who came from families with lower financial incomes were also more likely to be diagnosed with ASD.1 2 4