Mystery of the Diminishing Sperm Counts 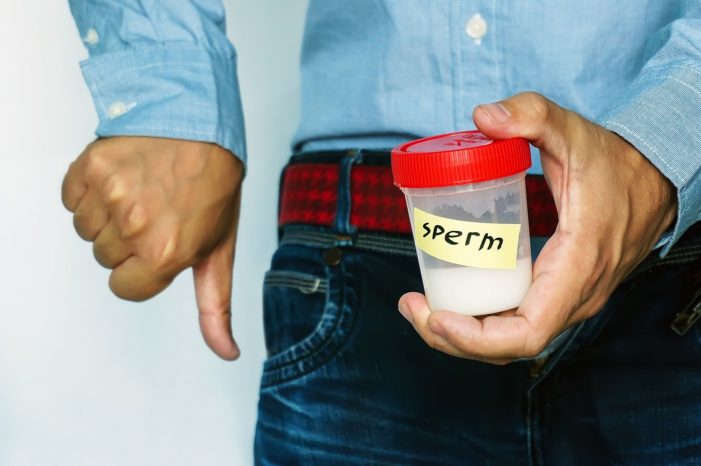 There appears to be a male fertility crisis in the making, notably within the developed world. The problem has been highlighted in numerous articles in the Western media this year1 2 3 4 5 6 7 8—largely in response to the publication of a major study conducted by a team of researchers led by Hagai Levine, MD, MPH of Hebrew University of Jerusalem.9

The study, a meta-analysis of 185 studies of 42,935 men from North America, Europe, Australia and New Zealand who provided semen samples, found that sperm concentrations decreased by 52.4 percent between 1973 and 2011, while the total sperm counts dropped by 59.3 percent.9 10 11

These findings strongly suggest a significant decline in male reproductive health that has serious implications beyond fertility and reproduction, given recent evidence linking poor semen quality with higher risk of hospitalization and death.10

According to reproductive epidemiologist Shanna Swan, PhD of the Icahn School of Medicine at Mount Sinai in New York, there have been other studies showing sperm counts may be declining around the world, but this recent study is the largest and most comprehensive thus far and was designed to settle any doubts there might have been regarding the earlier findings.12

In 2012, a smaller study conducted by researchers from the Institut de Veille Sanitaire in St Maurice, France analyzed data from 126 fertility clinics in France and found that sperm concentrations had progressively decreased by 1.9 percent annually from 1989 to 2005 and total sperm counts had dropped by 33.4 percent.13

A large meta-analysis of 61 studies published in the British Medical Journal in 1992 found that sperm counts decreased by 42 percent between 1938 and 1991, but the results were called into question due to a number of factors, including the possibility that some of the men studied had had fertility problems and inconsistencies in laboratory methods and statistical analysis.14

In an interview on NPR’s Morning Edition radio show, Peter Schlegel, MD of Weill Cornell Medicine in New York said that he thought this latest meta-analysis is “the best study that’s ever been done” and that he was concerned that it “suggests such a progressive and dramatic decrease in sperm counts over time.” Schlegel added that the consistent and continuing declines in sperm concentrations and counts are particularly “worrisome” because “we don’t know what could be causing it.”12

While scientists and doctors offer a variety of possible reasons for the lower sperm concentrations and counts, such as smoking by women pregnant with boys. In an article in Forbes magazine a few months ago, cancer epidemiologist Geoffrey Kabat, PhD  suggested the “behaviors” of pregnant women are to blame for low sperm counts in males. He opined, “There is strong evidence that maternal behaviors—particularly, smoking—during pregnancy  can cause reduced sperm counts in adulthood.”14

Dr. Kabat also mentioned that a likely “culprit” is endocrine disruption caused by exposure of humans to environmental chemicals that affect hormonal balance and could lead to falling sperm counts, as well as increased birth defects and cancer.14

Other reasons given for the diminishing sperm counts range from increasing rates of obesity and a more sedentary lifestyle to greater levels of stress.

But no one has been able to come up with evidence to indicate the exact cause.14 15 Interestingly, in discussions within the scientific and medical communities about possible causes, there has been little or no mention of the effect vaccines might have on sperm, specifically with regard to the chemical compound known as Triton X-100.

Triton X-100 is a “nonionic surfactant” that is used as a detergent in vaccines, including the following influenza vaccines: Fluarix, Flublok, and Fluzone.16 17 Another name for Triton X-100 is octoxynol 9 or octoxynol 10 or octylphenol ethoxylate.16 18 Note that octoxynol 9 is also a vaginal spermicide, designed to “strip” sperm so they are no longer able to fertilize an egg. It is used in the following vaginal spermicide products: Koromex Cream and Ortho-Gynol.19 20

Could there be a relationship between the ingredient Triton X-100 in some vaccines and the growing problem of male infertility?

12 Responses to "Mystery of the Diminishing Sperm Counts"