The Quest for Vaccine Safety: A Return to the Dark Ages? 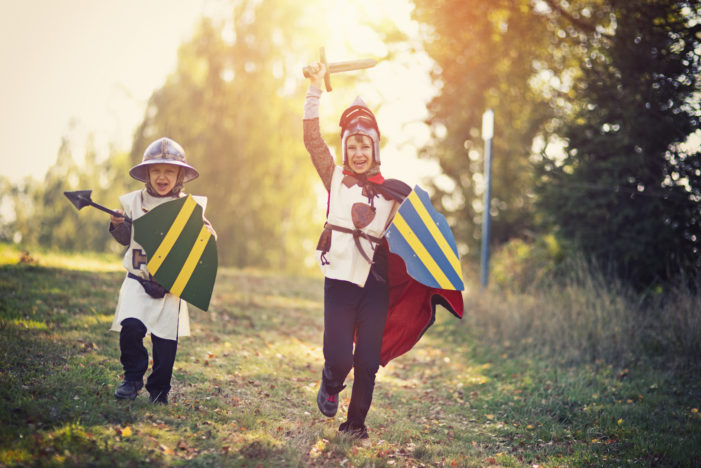 Shortly after it was reported by media sources on January 10, 2017 that Robert F. Kennedy, Jr. was asked by then President-elect Donald Trump to lead the formation of a commission to look into the safety of vaccines and their possible connection to autism,1 articles began to appear in newspapers, magazines, and other news websites warning of the dangers of such a commission.2 3 4 5

The primary concern surrounding the purported Trump vaccine initiative was that it would revive the age-old controversy over a possible causal link between vaccines and neurological disorders like autism, creating new anxiety and doubt among parents regarding the wisdom of vaccinating their children. The stated fear was that this could have the effect of lowering vaccination rates, causing a re-emergence of a wide range of dangerous infectious diseases believed to have been held at bay for more than a century due to vaccines and mandatory vaccination laws.

In an interview with Mr. Kennedy, an environmental attorney and social activist, Meredith Wadman of Science magazine asked him:

Rates of childhood infectious diseases have plummeted over the past half-century or so. Are you out to return us to the dark ages?5

The insinuation, of course, was that an investigation into and a public conversation about the issue of vaccine safety might lead more people to refuse vaccines and that that could start a trend that might eventually lead us back to the dreadful days prior to the advent of mass vaccination campaigns.

Steven Salzberg was more direct in a piece he wrote for Forbes. He said:

If Trump gives RFK, Jr., a platform to spout his anti-vaccine nonsense, the two of them will set back healthcare by decades. Infectious diseases such as measles will return with a vengeance, and children will die.4

Quoted in an article for WLWT5 television in Cincinnati, OH, Marilyn Crumpton, MD of the Cincinnati Health Department stated:

One of the things I would say to parents: try to understand the history of diseases that these vaccines prevent and realize that if the vaccine weren’t there the diseases would return.3

This assumption that any drop in vaccination rates will spell gloom and doom by returning us to the dark ages when people were dying of infectious diseases that we now consider preventable and rare is espoused by those who adamantly believe vaccines were responsible for saving all those lives. The problem with that assumption is that history does not support it.

The reality is that the mortality for the diseases from which people commonly believe vaccines saved us had already declined before the vaccines were introduced and mandated. This is a key point which vaccine proponents conveniently sweep under the rug. There is also the fact that not only was death and disability from many infectious diseases already declining before vaccines were commonly used but the incidence of some diseases was also declining.

Take polio, for example: the number of reported polio cases in the United States peaked in 1952 and significantly dropped by the time the Salk injectable polio vaccine (IPV) was licensed in 1955.6

The downward trends for pertussis (whooping cough) and measles deaths prior to the advent of vaccines for those diseases were evident. According to Suzanne Humphries, MD and Roman Bystrianyk, in their book Dissolving Illusions: Disease, Vaccines, and the Forgotten History:

When we look at the actual data, we see that although many people did die from whooping cough in the early part of the 1900s, by the time the vaccine had been introduced the death rate in the United States had declined by more than 90 percent.7

Mortality rates for measles had sharply declined for at least two decades before the first measles vaccine was introduced in 1963 in the U.S.7

So, if vaccines didn’t save us from these and other infectious diseases, what did? Lots of things. Economic development in areas where people were living in extreme poverty, which led to improved living conditions, including better nutrition, housing, and access to health care. The invention of antibiotics. Changing demographics, which included movement of large numbers of families from the crowded and filthy inner cities to the more open and cleaner suburbs. Laws mandating  high standards for clean air and water. Regular public trash collection. Overall much better sanitation, including indoor plumbing.7 9

Sanitation prevents disease by removing the cause of disease transmission, but this is not new information. Moses taught sanitation. He made many rules for encampments. The Greeks and the Romans created elaborate systems of aqueducts, baths, and drainage. When the Roman Empire crumbled, sanitation became a lost art. Civilization paid the price: plague after plague struck areas of dense population.9

In short, what saved us was a wide range of factors that appear to have little or nothing to do with vaccines. In light of this stark revelation, where is the logic behind all this dark-age talk? More to the point, where is the historical evidence?

14 Responses to "The Quest for Vaccine Safety: A Return to the Dark Ages?"