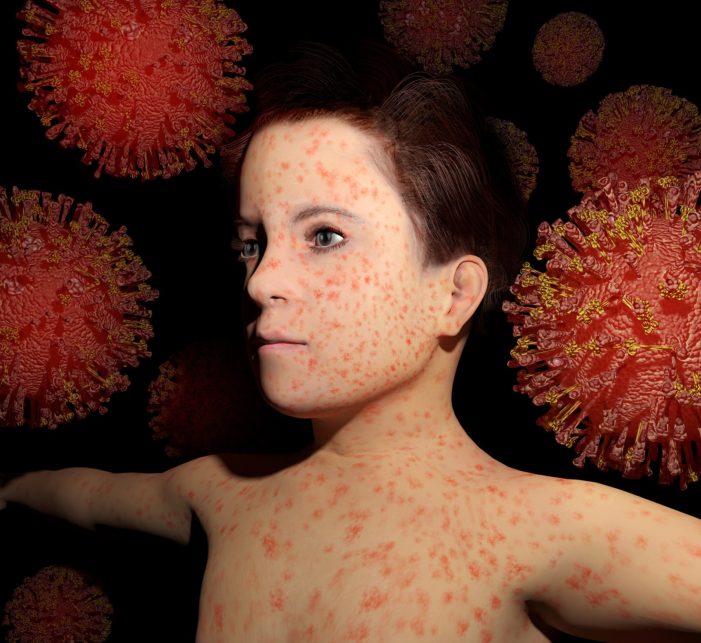 In articles published last year in The Vaccine Reaction, “Polio Wasn’t Vanquished, It Was Redefined“1 and “The Salk ‘Miracle’ Myth,”2 I proposed that the reason the number of reported cases of polio in the United States declined so much in 1955—the year the Salk  inactivated polio vaccine (IPV) was introduced—was due to the redefinition of polio by the U.S. government in 1954. As I noted in both opinion pieces, according to Dr. Bernard Greenberg, head of the Department of Biostatistics of the University of North Carolina School of Public Health:

I argued that, “Under the new definition of polio, thousands of cases which would have previously been counted as polio would no longer be counted as polio. The change in the definition laid the groundwork for creating the impression that the Salk vaccine was effective.”1 2

Proponents of the idea that the Salk vaccine was responsible for the dramatic decline of polio in the mid-1950s often point to the fact that, prior to the introduction of the vaccine, more than 50,000 Americans had been coming down with polio each year, and that after the vaccine was introduced, the number of reported polio cases went down to less than 30,000 annually and then eventually to just over 3,000 by 1960.4

In other words, polio cases were already declining before the Salk vaccine was introduced and it is inaccurate to credit the vaccine as the only cause for the decline. That is a myth that has been widely promulgated for more than half a century and parroted by many doctors, medical scientists and public health officials. The number of polio cases was already dropping before the first dose of Salk vaccine was injected into anyone, and there is good evidence that the sharp drop in reported polio cases in 1955 was due to an administrative change in the way polio was defined, plus an assumption by doctors that after the polio vaccine was given to millions of children, there was no reason to suspect and test for polio. It was as simple as that.

If this sort of administrative hanky panky went on in the case of polio, is it possible that it may have also occurred with other infectious diseases that were supposedly conquered by vaccines? Take measles, for example.

So was that temporal correlation enough evidence to assume that the administration of inactivated measles vaccines to millions of children caused the phenomenal reduction in the incidence of measles in the U.S. during the 1960s? Were the vaccines a success? Or was there another side to the story?

According to Roman Bystrianyk and Suzanne Humphries, MD, authors of the book Dissolving Illusions: Disease, Vaccines, and The Forgotten History, at least part of the reason for the huge drops in measles rates following the early measles vaccination campaigns had to do with a flawed belief system about the effectiveness of the first measles vaccine. Remember, the U.S. Public Health Service (now the CDC) back then believed and told parents that a single shot of measles vaccine would provide children with lifetime immunity to the disease, and without serious side effects.

By the early 1990s, the live MMR vaccine had been used for nearly 20 years and it was obvious that one dose of measles vaccine did not provide lifelong immunity because there were outbreaks occurring in both vaccinated and unvaccinated children. The solution public health officials came up with was to add a second “booster” dose of measles (MMR) vaccine to the childhood vaccine schedule in 1991.

In the 1960s, after pediatricians were routinely giving measles vaccine to children, many children who were vaccinated and later exhibited rash symptoms of measles with a high fever were not diagnosed as having measles.8

Keep in mind that once you had a vaccine, even if you had just as high or even higher fever than expected from natural measles, you were not counted as having ‘measles.’8

In his book Vaccination And Immunisation: Dangers, Delusions and Alternatives, Leon Chaitow, ND, DO writes about this phenomenon of “rediagnosis.”

… faced with a patient who has all the signs and symptoms of a particular disease, from which they have been ‘protected’ by immunization, it is obviously difficult to make the diagnosis they would have made if faced by such a case in an unvaccinated person. By calling the disease something else they are protecting their belief system, and the integrity of the theories around which they have built their actions, such as vaccination … All this is done to protect a system, and to help to save the public from having doubt as to the efficacy of methods.9

Had doctors in the 1960s known that the measles vaccines they were giving did not work as advertised and did not confer permanent immunity, they would have been more likely to look for and diagnose many more cases of measles. There’s no telling how much higher the number of reported cases of the disease would have been without an assumption that a vaccinated child could not possibly have measles.

Bystrianyk and Dr. Humphries further point out that the killed measles virus vaccine (KMV) introduced in 1963 could cause a more severe form of measles known as atypical measles.8

Viera Scheibner, PhD also noted the emergence of this more extreme form of measles in the 1960s when the inactivated measles vaccine was being given to children.

It is less well known to the general public that vaccinated children started developing an especially vicious form of measles, due to the altered host immune response caused by the deleterious effect of the measles vaccines. It resisted all orthodox treatment and carried a high mortality rate. It has become known as atypical measles (AMS).11

Unfortunately, the incidence of atypical measles was not tracked. Technically, atypical measles was not considered to be measles, and so those cases were left out of the measles statistics. Consequently, we may never know the full extent of measles infections—typical and atypical—following the introduction of the first inactivated measles vaccines.

What is clear is that the official figures for the incidence of measles during the 1960s are probably highly inaccurate, and thus unreliable. Atypical measles was not taken into account, and doctors likely overlooked or misdiagnosed many cases of measles in children who had been vaccinated for the disease.

But measles in the U.S. did seemingly continue to decline—seemingly, because the problem of atypical measles has not gone away.11 12 So if the 1963 and 1968 measles vaccines were not responsible for the sharp decline of reported measles cases in the U.S., then what was?

We know that measles mortality rates had already dropped by more than 90% during the first half of the 20th century, before the introduction of the measles vaccine.8 Deaths from measles had decreased from 21 deaths per 1000 reported cases during 1911-1912 to less than 1 death per 1000 reported cases in 1953-1962. This improvement in survival rates was due to a range of factors unrelated to the vaccine, including better overall medical care and nutrition, and particularly the discovery of antibiotics to treat the “bacterial complications of measles.”7

Interestingly, in 1964 (the year after the introduction of the first killed measles vaccine), the number of reported cases of measles actually went up to 458,083.13

We know that measles can be sub-clinical 30 percent of the time, and the death rate had already plummeted. Like smallpox, was the disease slowly burning out? Was the rise in breastfeeding and improved nutrition contributing to fewer diagnosed cases? How many cases that were recorded as measles based on a clinical diagnosis really other viruses? Can we at all trust measles incidence statistics in the first place?8

In short, what happened with reported measles cases in the 1960s is similar to what happened with reported polio cases in the 1950s. In both cases, a vaccine was introduced that was given credit for nearly wiping out the disease it was designed to combat. The vaccines were so widely hailed that the public came to view them as miracle cures to infectious disease, when, in fact, the evidence does not confirm that belief.

In each case, numbers were manipulated in ways that made the vaccine appear to be more effective than it was. In both cases, diagnoses of the diseases after the introduction of the vaccines were inconsistent with what they had been prior to the vaccines. The history of the polio and measles vaccines is so convoluted that it is no wonder so many people tend to prefer the popular retelling of the stories.

16 Responses to "The Story of Measles’ Sharp Decline"