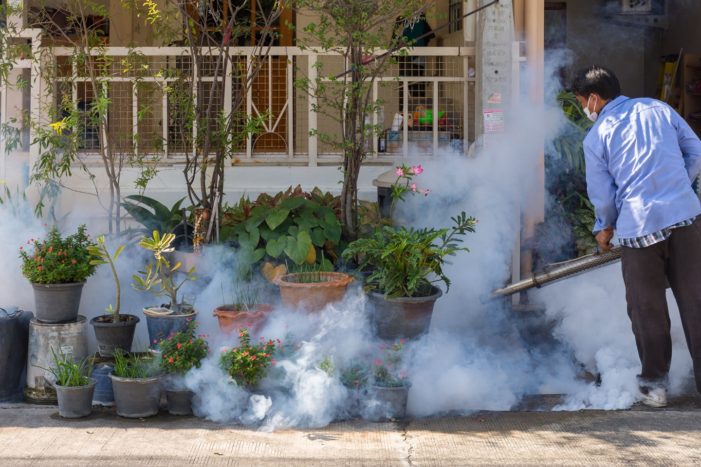 I love watching old black and white newsreels from the first half of the 20th century. It’s a fascinating period of history, and it’s one of the few in which we can go back and revisit almost as if we were there. There was a span of years immediately after World War II, however, that is particularly interesting, because it doesn’t normally get a lot of attention, compared to the war years and the “the fabulous ’50s.” The second half of the 1940s often tends to get short-changed, perhaps because it was more of a transitional time of rebuilding and regearing after the war in preparation for getting back to normal life in the United States.

There is a series of five newsreels I recently found that sheds some light on the polio epidemic during the immediate post-war period and offers another perspective to that health crisis, which ultimately fueled the development of Jonas Salk’s inactivated injectable polio vaccine (IPV) in 1954 and its licensure in 1955. To view these films, just click on the following:

The number of cases had clearly risen in 1943 but had begun to dramatically drop in 1945, not rise. However, there still existed a fear of the disease in the country due to upward spikes in 1943 and 1944 and the occasional serious epidemics that had been occurring since 1910. One of the worst ones had taken place in New York City in 1916, with more than 27,000 reported cases and some 6,000 deaths.2 Plus there was the tremendous public exposure that the disease had garnered due to the fact the President Franklin D. Roosevelt himself had polio. His legs had been paralyzed in 1921. In 1938, President Roosevelt sponsored the establishment of the National Foundation for Infantile Paralysis (NFIP).3

Despite the declining cases of polio in the U.S., in 1946, President Harry S. Truman declared war on polio. In a speech from the White House, President Truman said:

The fight against infantile paralysis cannot be a local war. It must be nationwide. It must be total war in every city, town and village throughout the land. For only with a united front can we ever hope to win any war.2

Almost immediately, the US government stepped up its nationwide mass fumigation campaign using the extremely toxic chemical DDT (dichlorodiphenyltrichloroethane). The goal was to exterminate mosquitoes, which were believed to be spreading polio. In a Universal Newsreel (produced by Universal City Studios) from 1946 showing mass DDT spraying in San Antonio, TX,4 the narrator can be heard saying:

With a possibility of a grave infantile paralysis epidemic, San Antonio health authorities attack germ carriers on a citywide front. With war-discovered DDT and special sprayers, sections of the city are literally fogged with the insecticide in the fight to stop the spread of polio. Every suspected spot is sprayed. The drastic cleanup is ordered as polio and alive diseases show alarming increase. Even streams come in for disinfecting, and in the parks precautions are taken to prevent gatherings of youngsters. Literally tons of DDT are used on this dread disease that attacks our young. Again, war, destructive in parables, contributes one of its discoveries to save life.4

The DDT fumigation effort in the U.S. had actually been going on since at least 1945. In another Universal Newsreel, narrated by Albert Grobe, you can see a North American B-25 Mitchell bomber aircraft loading up with DDT and then flying over Rockford, IL on August 27, 1945 releasing the toxic chemical.5  The narrator can be heard saying:

Today’s target for this B-25 is Rockford, Illinois—a peacetime mission to spread 500 gallons of DDT, the Army’s miracle insecticide over the city, stricken with an infantile paralysis epidemic. By spraying the city, authorities will test the theory that insects are carriers of the dread germ. Air Force pictures show the method devised by the Army’s branch of preventive medicine. Flying at an average altitude of 150 feet, the plane sprays a strip more than 150 yards wide at the rate of 215 gallons a minute. A bomber turns to the ways of peace, becomes an instrument of science, and may become the means of saving countless lives.5

Interestingly, DDT fumigation in the US had reached its peak in 1951. In 1952, the fumigations were subsiding. In 1953, polio cases were also subsiding at about the same rate. By 1953, the number of polio cases had dropped by nearly 40%.9 After 1954, even though DDT was still produced in the U.S., the distribution of the chemical shifted to developing countries.9 Large quantities of DDT began to be bought by the U.S. Agency for International Development (USAID) and the United Nations (UN) and exported.10

According to the U.S. Environmental Protection Agency (EPA), “DDT exports increased from 12 percent of the total production in 1950 to 67 percent in 1969.”10

During the 30 years before DDT was banned in the U.S. in 1972, a total of approximately 1.35 billion pounds of the chemical was sprayed throughout the country10 … based on a false theory that mosquitoes carried a germ that spread polio, and under the false assumption that DDT was completely harmless to humans—so much so that one of the popular advertising slogans of the 1940s and 1950s was, “DDT Is Good For Me-e-e!”

45 Responses to "DDT and the Rise and Fall of Polio"