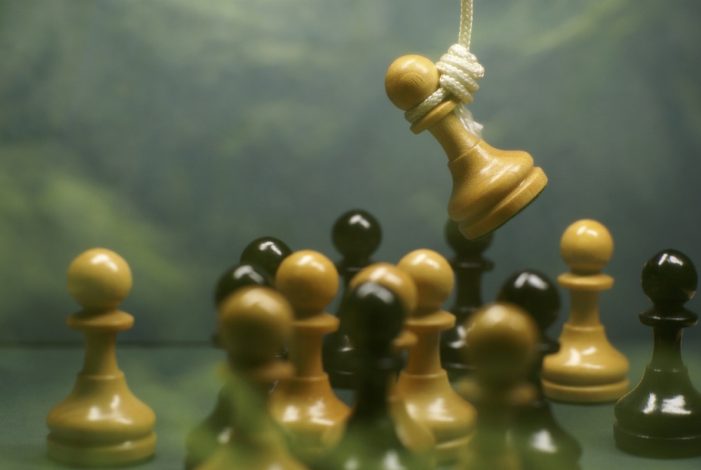 So, we already know that most medical doctors in the United States know next to nothing about vaccines and how they effect a person’s immune system, brain, and gut microbiome. We know this because it is an established fact that medical schools in the U.S. teach next to nothing about vaccines except how to blindly follow the Centers for Disease Control and Prevention’s (CDC) recommended child vaccine schedule. All you have to do is look at the four-year curriculum of any medical school in the country.1 2

It’s hard to believe, but it’s true—the people in the white coats who you thought were the “experts” when it comes to vaccines don’t know much about them at all. Ask pediatricians a question about the risks of any one of the 16 vaccines they insist your child must have and most of them get angry and refuse to answer. They simply repeat the CDC mantra that “vaccines are safe and effective” and talk about the miracles of the smallpox and polio vaccines.

Most of all, doctors want to talk about how important it is for your child to get all the doses of CDC recommended vaccines “on time”—no deviation from the recommended schedule—because that is what they were taught in medical school. “You’re taught the schedule, that’s really what you’re taught about vaccines. You’re taught the schedule and that it produces antibodies and that’s it,” says pediatrician Toni Bark, MD. Pediatrician Larry Palevsky, MD summarizes this well:

Those doctors who do happen to know something about vaccines have learned it through their individual initiative. They study and research on their own, and they learn what they should have been taught in medical school and during their residency training. One example of a doctor who has educated himself about vaccines is pediatrician Bob Sears, MD, who in 2008 published The Vaccine Book: Making the Right Decision for Your Child.3

According to Dr. Sears:

I got interested in the topic of vaccines way back in medical school. A friend of mine convinced me to read a book about vaccines, and it ended up being a very anti-vaccine book. It was all about an old vaccine called the DTP vaccine that we don’t use anymore. But the book talked a lot about the risks and the dangers of that vaccine. The author of that book was calling for that vaccine to no longer be used.

A number of years later, it turns out that they did discover that vaccine was causing a lot of very severe, life-threatening, even fatal side effects, so they did end up taking that vaccine off the market.

So it kind of opened my eyes to the fact that there are some very severe, fortunately very rare, side effects to vaccines, and I wanted to learn more about this issue. I started reading a lot more books.4

Dr. Sears gives vaccines in his practice but is known for working with parents on how and when to vaccinate their children. He also provides care to unvaccinated children and he is careful to screen for vulnerable children, who have already experienced reactions to previous vaccinations that could make them more susceptible to serious harm if more vaccines are given.

While Dr. Sears still believes in the benefits of vaccines, he will allow parents to make the decision to spread the vaccines out over time and avoid giving a child many different vaccines at once on the same day. According to Dr. Sears:

The main difference in my suggested alternative vaccine schedule is it spreads the infant vaccines out over the first few years of life, instead of bunching them all up in the first 18 months. It gives fewer vaccines at a time, gives the most important vaccines first, and slightly delays the less important vaccines.5

By only giving two vaccines at a time (instead of as many as 6), I decrease the chance of chemical overload from grouping so many vaccines chemicals all together at once. This allows a baby’s body to better detoxify the chemicals one or two at a time.5

Dr. Sears’ alternative vaccine schedule differs from the standard schedule recommended by the CDC and American Academy of Pediatrics (AAP).4 That alone appears to have provoked the ire of many of his fellow pediatricians, who cannot seem to comprehend the concept of an independent-minded physician who refuses to robotically fall in line with everything the government says and a medical trade association endorses.

Also, unlike some of his colleagues, Dr. Sears does not believe in forcing parents to vaccinate their children. He is a strong advocate of the ethical principle of informed consent that gives patients and parents of minor children the legal right to make voluntary decisions about medical interventions, such as vaccination, that can unpredictably cause harm.

Dr. Sears does not support mandatory vaccination laws that lack informed consent protections for parents, and he refuses to deny medical care to unvaccinated children. He is bucking the new trend by pediatricians to kick children, whose parents decline to give them every CDC recommended vaccine, out of their practice—a trend now blessed by the AAP.6

In short, Dr. Sears is a good and ethical doctor adhering to the informed consent and “first, do no harm,” principles, which is why his private practice in Capistrano Beach, CA is so successful. It is why he is held in such high regard by parents of his young patients, and why he is often interviewed on television and radio. You’d think Dr. Sears would be held up as the gold standard by the medical profession. On the contrary, he is considered as some sort of threat to mainstream pediatrics due to his mildly nonconformist views on vaccination.

In legal documents released on Sept. 8, 2016, the Medical Board of California is accusing Dr. Sears of “gross negligence” for writing a letter in 2014 prescribing no more vaccines for a two-year old boy after the child’s mother described her son’s vaccination history and described how he had gone limp ‘like a ragdoll’ for 24 hours after he received his vaccine at three months of age.7

According to an article in the Los Angeles Times, 1o days after the child’s reaction to the vaccine:

Sears excused the child from vaccines and wrote that the boy’s kidneys and intestines shut down after prior immunizations, according to the legal papers. The doctor also said that at three months, the child suffered an apparent encephalitis reaction that began 10 minutes after receiving the vaccine.7

Should Dr. Sears be found to be negligent, he faces possible suspension or revocation of his medical license.7

Why does this have the pungent odor of a good ole’ fashioned witch hunt, a lynch mob? It is becoming increasingly evident that any doctor who dares to veer even slightly from the mantra that all “vaccines are safe” and the government vaccine schedule is safe, is going to be punished by a medical profession that is dead set on keeping a tight rein on its members. Seldom has the expression, “You’re either with us or you’re against us” been so ominously applicable.

So, if you’ve ever wondered why many more doctors don’t speak their minds on vaccines, you now have your answer.