Doctors Are No Experts on Vaccines 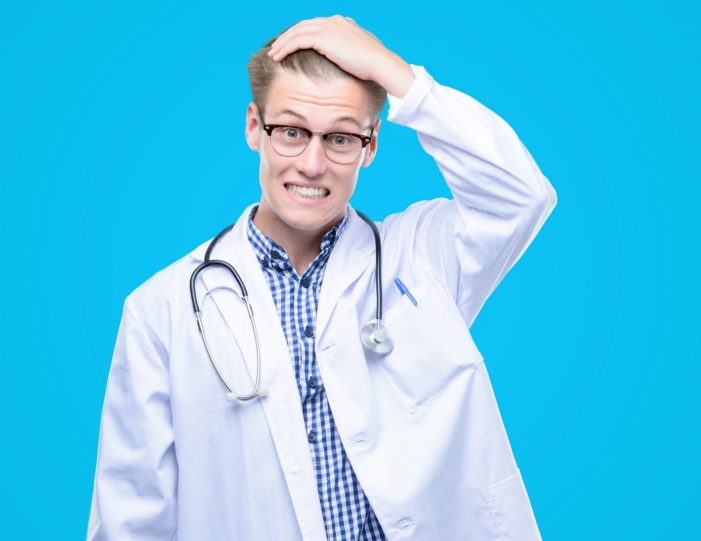 There is a common belief that doctors are “experts” on vaccines and vaccination. Almost nothing could be further from the truth. The average medical doctor, for example, may not know the names of the ingredients in vaccines, or what they are and how they interact with each other. The average doctor giving people vaccines may not know how vaccines affect the immune system or the central nervous system or the gut microbiome of the intestinal system, or how the effect of vaccines on one of these systems could, in turn, impact one or both of the others.

Yet, we are conditioned to accept as fact that our family doctors, our pediatricians and obstetricians, and the other specialists we occasionally consult or seek medical care from always know what they’re talking about when it comes to the safety and effectiveness of vaccines. We are taught not to contradict, or even question, doctors about vaccines because it is they, not us, who know best.

We have assumed that doctors receive a great deal of instruction and training in the science of vaccination in medical school, and then even more schooling during their subsequent internships and residencies. After all, if you’re going to be acknowledged as an expert in something, you need to have much more than just a passing introduction to a subject, or one or two courses in it or something related to it.

You would think that for doctors to be considered vaccine experts, they would have taken vaccinology courses during medical school and know a lot about how affect immune and brain function, including what science does and does not know about vaccine ingredients and the biological factors that increase the side effects of vaccines. But that does not appear to be the case.

More than likely, information on vaccinology in medical and nursing schools is not concentrated within specialized courses focusing on vaccine science. What medical students learn appears to be dispersed within other courses in specialized curriculums such as immunology, infectious diseases, pediatrics, pharmacology, pharmacovigilance and public health.1

There is no question that the topic of vaccines comes up occasionally in medical school. However, because the science used to make vaccine policy is assumed to be proven, and thus not up for question or debate, it does not seem to merit an entire course devoted to it, much less an exhaustive curriculum that provides new doctors with a solid knowledge base they can rely upon when recommending vaccines. So what exactly do doctors learn in medical school with regard to vaccines and vaccination?

Larry Palevksy, MD is a board-certified pediatrician. He received his medical degree from the New York University School of Medicine in New York City.2 Here’s what Dr. Palevsky has to say about his training in vaccines…

Over the years, I kept practicing medicine and using vaccines and thinking that my approach to vaccines was completely onboard with everything else I was taught. But more and more, I kept seeing that my experience of the world, my experience in using and reading about vaccines, and hearing what parents were saying about vaccines were very different from what I was taught in medical school and my residency training.

… and it became clearer to me as I read the research, listened to more and more parents, and found other practitioners who also shared the same concern that vaccines had not been completely proven safe or even completely effective, based on the literature that we have today.

… It didn’t appear that the scientific studies that we were given were actually appropriately designed to prove and test the safety and efficacy.

It also came to my attention that there were ingredients in there that were not properly tested, that the comparison groups were not appropriately set up, and that conclusions made about vaccine safety and efficacy just did not fit the scientific standards that I was trained to uphold in my medical school training.2

Doctors today are given extensive training on how to talk to ‘hesitant’ parents—how to frighten them by vastly inflating the risks during natural infection. They are trained on the necessity of twisting parents’ arms to conform, or fire them from their practices.  Doctors are trained that nothing bad should be said about any vaccine, period.5

Dr. Humphries received her medical degree from Temple University School of Medicine4 in Philadelphia, PA. But almost everything she has learned about vaccines has come from her own independent study and research. She co-authored the book Dissolving Illusions: Disease, Vaccines, and The Forgotten History, published in 2013.6

Then there’s Bob Sears, MD, another board-certified pediatrician who also had to largely educate himself about vaccine science. He received his medical degree from the Georgetown University School of Medicine in Washington, DC and authored the book The Vaccine Book: Making the Right Decision for Your Child, published in 2011.7 According to Dr. Sears:

Doctors, myself included, learn a lot about diseases in medical school, but we learn very little about vaccines, other than the fact that the FDA and pharmaceutical companies do extensive research on vaccines to make sure they are safe and effective. We don’t review the research ourselves. We never learn what goes into making vaccines or how their safety is studied. We trust and take it for granted that the proper researchers are doing their job. So, when patients want a little more information about shots, all we can really say as doctors is that the diseases are bad and the shots are good. But we don’t know enough to answer all of your detailed questions about vaccines, nor do we have the time during a regular health check up to thoroughly discuss and debate the pros and cons of vaccines.8

To give you an idea of what a four-year curriculum at a medical school in the U.S. might look like, let’s take the example of the University of Texas Southwestern Medical Center in Dallas, TX. The first year would include Anatomy, Biochemistry, Cell Biology, Embryology, Genetics, Human Behavior, Immunology, Neuroscience, and Physiology.9 No course on Vaccinology.

If you look at the descriptions for these courses online and do a word search for “vaccines” or “vaccination,” you get one hit, and that’s under Immunology. It reads:

That’s it. If you go to the online descriptions for the courses listed for the second, third and fourth years,10 11 12 you will see no further mention of the word “vaccine” or “vaccination.” The second year curriculum lists Clinical Medicine, Microbiology, Pathology, Pharmacology, and Advanced Cardiac Life Support. No Vaccinology. The third year lists Family Medicine, Internal Medicine, Neurology, Obstetrics and Gynecology, Pediatrics, Inpatient Services, Outpatient Rotation, Psychiatry, and Surgery. No Vaccinology. The fourth year lists Acute Care, Ambulatory Care, and Medicine Sub-Internship. Nothing on Vaccinology.

Notice also that there was no specific course in Toxicology, although the topic could be covered within a Pharmacology course. You would think that courses on toxicology (particularly as its relates to vaccines) would be stressed, given the importance of understanding the ingredients contained in vaccines, and the way they interact with each other. Absent this knowledge, medical students might not fully comprehend the concept of synergistic toxicity—”the effect that when exposed to two toxins, the toxicity level is far greater than the additive toxicity levels of the two toxins.”13

Biochemist Boyd Haley, PhD, a former professor in the College of Pharmacy and Chair of the Department of Chemistry of the University of Kentucky Medical Center in Lexington, has expressed dismay at the lack of instruction in toxicology doctors are given in medical school. He says…

I can tell you, having been in a medical center, having taught biochemistry to medical students, and talking to hundreds of medical doctors, they get very little training in toxicology… I mean, no courses that are specifically designed, such as a PhD student in toxicology would have, or a PhD student in biochemistry. They don’t understand it at all. They are not trained to evaluate the toxic effects of chemicals, especially at the research level. One, they don’t do research programs, they don’t have the insight that’s developed and required for someone writing a PhD thesis in toxicology or biochemistry of materials that inhibit enzymes. They just don’t understand the science and the chemistry at that level. And certainly pediatricians don’t.14

So we know that medical students get little or no exposure to vaccine science in school. We know that if they don’t happen to pick up a book such as Dr. Sears’ The Vaccine Book and read it carefully, medical students graduate with a knowledge about vaccines that is virtually non-existent.

But what about afterward, when they start actually working as doctors treating patients and giving vaccines in the real world? Don’t they get some sort of intense training in vaccinology on the job? According to Toni Bark, MD, a pediatrician with a medical degree from Rush Medical College in Chicago, IL, the answer is “No.”

There you go. Another myth, debunked by doctors themselves—medical doctors trained in and scientists teaching in some of the best medical schools in the country. Most doctors are not experts on vaccines. They never have been. Not even close.

17 Responses to "Doctors Are No Experts on Vaccines"