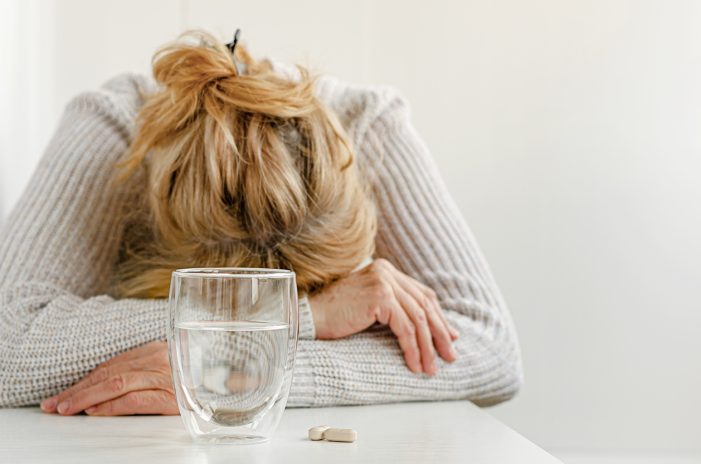 A new study published recently in the Journal of Molecular Psychiatry questions the hypothesis that serotonin inhibition is the cause of most depression disorders. About 21 million Americans are affected by major depressive disorder with one in six Americans taking antidepressant medication.1 2 3

The serotonin theory of depression came about in the 1950’s when researchers found that the drug, iproniazid, which was used for the treatment of tuberculosis, helped alleviate depressive symptoms in patients.4 Iproniazid inhibits the monoamine oxidase enzyme (MAOI), which recycles the monoamine neurotransmitters, serotonin, norepinephrine and dopamine.5 This discovery led to the theory that depressed individuals have lower levels of monoamine neurotransmitters.

In 1965, psychiatrist Joseph Schildkraut, MD suggested that low levels of norepinephrine was the catalyst behind depression. Researchers then changed the focus to another neurotransmitter, serotonin, as the cause of depression.6

In 1987, Eli Lily introduced Prozac (fluoxetine) for major depressive disorder. The drug selectively inhibits the reuptake of serotonin (SSRI) and quickly became the best-selling antidepressant of all time. In 1992, Pfizer marketed another SSRI called Zoloft with the ad campaign declaring that antidepressants worked because depression was due to a chemical imbalance.7

In the most recent study, six European researchers undertook a systemic umbrella review of 17 studies that included tens of thousands of participants in order to determine whether SSRI’s were an effective treatment for depression. They concluded that there was no evidence that depression was caused by lowered serotonin levels.8

There has been [three] decades of intense research on many aspects of the serotonin activity in depression, and we found that it provides no support for the idea that depression is caused by low serotonin.9

Chemical Imbalance Theory of Depression Long Debunked by Many Doctors

The recent findings were not news to many psychiatrists and medical researchers who discounted the chemical imbalance theory of depression years ago. Michael Bloomfield, MD, a consultant psychiatrist and head of translational psychiatry research at University College London, said:

The findings from this umbrella review are really unsurprising. Depression has lots of different symptoms and I don’t think I’ve met any serious scientists or psychiatrists who think that all causes of depression are caused by a simple chemical imbalance in serotonin.11

Moncrieff and other authors of the recent study attribute this misperception to effective but false advertising by pharmaceutical companies targeting the public to increase sales of antidepressants.

In 2005, a pair of professors challenged heavy direct-to-consumer marketing campaigns promoting SSRI’s as a cure for the chemical imbalance that causes depression. Their article, “Serotonin and Depression: A Disconnect Between the Advertisements and the Scientific Literature revealed the truth behind aggressive SSRI marketing campaigns, such as Pfizer’s television advertising for the antidepressant Zoloft claiming that the drug “works to correct” chemical imbalance in the body.

In short, there exists no rigorous corroboration of the serotonin theory, and a significant body of contradictory evidence. Far from being a radical line of thought, doubts about the serotonin hypothesis are well acknowledged by many researchers, including frank statements from prominent psychiatrists, some of whom are even enthusiastic proponents of SSRI medications.12

The researchers concluded that the advertising for SSRI’s did not reflect the evolving research debunking the serotonin hypothesis, and that direct-to-consumer advertisements suggesting that antidepressants could normalize neurotransmitters to stop depression is not backed by good scientific evidence. However, despite sending ten warning letters to drug manufacturers after the article was written, FDA officials took no further steps to curtail these misleading antidepressant marketing practices.13

Antidepressants Found to Have No Real Impact on Quality of Life

Another large study published in PLOS One in April 2022 found that the quality of life was no different for patients who took antidepressants and those who did not. The study looked at a large number of adult patients who participated in  the U.S. National Center for Health Statistics annual health survey between 2005 and 2015. About 17.5 million people in the study had been diagnosed with depression and 58 percent of them had been prescribed an antidepressant.

The surveys tracked mental and physical health of the participants for two years after a diagnosis of depression. Mental health was assessed by asking about the participant’s ability to socialize, limitations of emotional problems, psychological distress, and general well-being. Physical health was measured by looking at overall physical function, limitations, pain, energy levels, fatigue and general health status.14

The study’s lead author, Omar Almohammed, PhD, a professor of clinical pharmacy concluded that doctors “might be relying on the use of antidepressant medications, while underutilizing or underestimating the role and impact of non-therapeutic interventions.”

The recent study has even greater implications because antidepressant use surged around the globe during the COVID-19 pandemic. At the start of the COVID pandemic between February and March 2020, as lockdowns, masking and other social distancing restrictions were imposed, there was a 18.6 percent increase in the number of prescriptions filled for antidepressant medications in the U.S.15

Another study in the Friuli Venezia Giulia region of Italy showed that antidepressant use averaged 20 percent higher for each month in 2020 compared to the same months from 2015 to 201917 In 2021, 12 percent of the U.K. population, 8.3 million people used antidepressants, while 23 percent of Americans took prescription medication for mental health and most of the prescriptions were for antidepressants.18

Symptoms of Depression in American Adults Triple During COVID Pandemic

Many studies show that rates of depression have dramatically increased during the COVID pandemic. A study by Boston University School of Public Health compared data on depression obtained before the COVID pandemic to the same data during the pandemic. Data prior to the pandemic showed that 8.5 percent of adults in the U.S. had symptoms of depression. In the first few months of the pandemic, these numbers were three times higher with 27.8 percent of adults in the U.S. stating that they had symptoms of depression. In the spring of 2021, the percent of American adults reporting depressive symptoms rose even further to 32.8 percent.19

The finding that chemical imbalance is not a major cause of depression that can be cured with antidepressants, which many physicians have known for a long time, may be unwelcome news to the millions of people around the world now suffering with depression, as rates continue to soar in every country.

20 Responses to "Chemical Imbalance Not a Major Cause of Depression, Studies Find"