The Totalitarian Roots of Vaccine Mandates 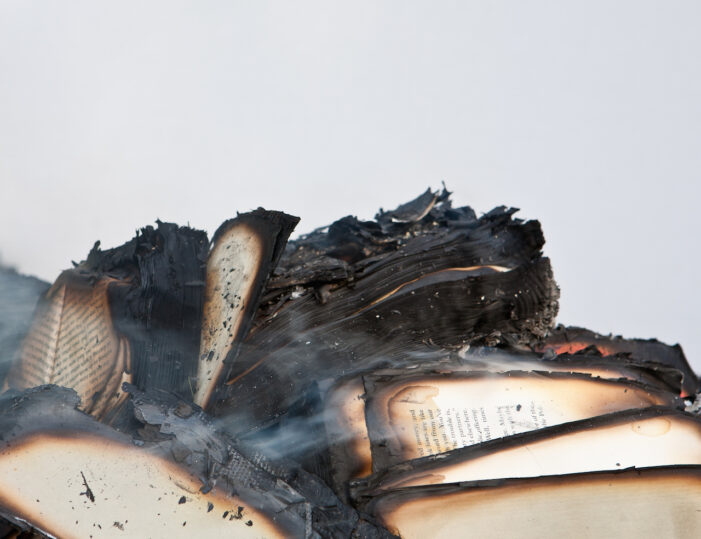 Opinion | Over the course of the pandemic, principles of what a free society means are being redefined by collectivists.

Consider this essay, Don’t COVID Vaccine Mandates Actually Promote Freedom? Medical ethicists Kyle Ferguson and Arthur Caplan argue, “Those who oppose cracking down on the unvaccinated are getting it all wrong.” Ferguson and Caplan are sure their opponents have a “flawed view of freedom.” They argue “Passports and mandates are hardly ‘strong-arm tactics.’ These strategies are better seen as liberty inducers. They bring about freedom rather than deplete it.”

They add, “a successful COVID-19 vaccination campaign will liberate us—as individuals and as a collective—from the callous grip of a pandemic that just won’t seem to end.” Orwell’s “Party” proclaimed in 1984 that “Freedom is slavery.” Ferguson and Caplan come close to arguing “Slavery is freedom.”

Ferguson and Caplan assure us that the enlightenment view of “the unbound individual” is outdated. They want to reimagine freedom as communal, starting with “the individual’s participation in a community and the kind of community in which the individual lives.” They develop their argument:

Here, freedom is communal rather than individualistic. And rather than being unbound, individuals in the free community are bound by and to each other. Communal freedom achieves much more than the unbound individual ever could. It creates new possibilities and expands our horizons. Life is enhanced when our community is free because we can participate in communal freedom and the goods it creates.

They want to take us back to the future with Rousseau as their guide:

This view of freedom is like that of Rousseau’s: A society is made free by individuals cooperating, by binding themselves to each other and to the rational pursuit of common goals. From this perspective, vaccine mandates and other “strong-arm tactics” induce liberty rather than restrict it.

Seduced by the Common Good

For some, flowery visions of the common good have always been seductive. In The Road to Serfdom, Friedrich Hayek observes that even well-meaning people will ask, “If it be necessary to achieve important ends,” why shouldn’t the system “be run by decent people for the good of the community as a whole?”

Hayek challenges the axiomatic belief that wise people can tell others what the common good is. He explains why there is no such thing as the common good: “The welfare and happiness of millions cannot be measured on a single scale of less or more. The welfare of the people, like the happiness of a man, depends upon a great many things that can be provided in an infinite variety of combinations.”

Pulitzer Prize-winning historian James Macgregor Burns recounts in his book Fire and Light how Rousseau’s ideas of the general will led to the brutality of his disciple Robespierre. Like Hayek, Burns explains that there can be no agreement about what the common good is. Claiming to rule by the common good inevitably leads to excesses. Robespierre and the other eleven men who made up the Committee of Public Safety ruled France with “unlimited power” and “terror.”

Burns explains what Rousseau did not understand: “Peaceful and democratic conflict [is] crucial to the achievement of freedom.” Instead, Rousseau imagined, like Ferguson and Caplan “a new society filled with good citizens… working selflessly and with identical minds for the common good.”

Rousseau’s ideas are mantras for censors. In Rousseau’s world, there would be no pesky “long debates, dissensions and tumult” impeding implementation of the common good.

Dr. Fauci is sure he is right, and he has had enough of those making different choices than his guidance: “I respect people’s freedom, but when you’re talking about a public health crisis, that we’ve been going through now for well over a year and a half, the time is come, enough is enough.” Let’s not hide Fauci’s plain meaning, I respect people’s freedom to do what I tell them.

The basic human right to decide what goes into your body is now being reversed.

You are to take all the vaccines Dr. Fauci and Pfizer deem necessary. They—not you—will decide the parameters of your freedom, with Ferguson and Caplan cheering them on. Rest easy, like Robespierre, the fallible decisions of Dr. Fauci, politicians, bureaucrats and cronies are for “the common good.”

With freedom redefined, there will be no need to take personal responsibility for your health decisions. Those who don’t go along with official guidance must be dealt with. Ban them from travel, from schools, and from employment. In Ferguson and Caplan’s Rousseauian view, society is merely expunging those that won’t take a knee to whatever is proclaimed the common good.

Burns explains that leaders operating from the common good mindset have the “absolute conviction” that they are right. Burns explores the French Revolution as he recounts the totalitarian tyranny of the Jacobins: “The Jacobins believed only they understood the general will of the French people, hence they were morally right.”

Burns continues, “Opposition was considered not merely mistaken but evil and traitorous and hence punishable, even lethally. The Jacobins asserted a monopoly on virtue which meant to them a license to kill those who held up other values.”

True individualism “is a product of an acute consciousness of the limitations of the individual mind which induces an attitude of humility toward the impersonal and anonymous social processes by which individuals help to create things greater than they know.” In contrast, false individualism “is the product of an exaggerated belief in the powers of individual reason and of a consequent contempt for anything which has not been consciously designed by it or is not fully intelligible to it.”

When Ferguson and Caplan write, “Freedom is communal rather than individualistic,” they in Hayek’s words express “the silliest of the common misunderstandings.” The adoption of such ideas, Hayek explains, has been “a source of modern socialism.”

The error made by collectivist apologists is “the belief that individualism postulates (or bases its arguments on the assumption of) the existence of isolated or self-contained individuals, instead of starting from men whose whole nature and character is determined by their existence in society.”

This false individualism of Rousseau and others assumes that “everything which man achieves is the direct result of, and therefore subject to, the control of individual reason.”

Masquerading as people who reason the best, Ferguson and Caplan in Hayek’s words “pretend to be able directly to comprehend social wholes like society.”

Hayek’s explanation of “true individualism” is the antidote for such hubris. Hayek’s approach is “antirationalistic” and “regards man not as a highly rational and intelligent but as a very irrational and fallible being, whose individual errors are corrected only in the course of a social process, and which aims at making the best of a very imperfect material.”

We can never make the best of “imperfect material” when those posing as having superior knowledge are allowed to coerce others. Hayek writes, “What individualism teaches us is that society is greater than the individual only in so far as it is free. In so far as it is controlled or directed, it is limited to the powers of the individual minds which control or direct it.” In other words, choose to be directed by the limited power of Dr. Fauci’s mind or choose the virtually unlimited and unpredictable power of a free society.

Let’s put this together. Health collectivists, behaving like Jacobins, are sure there is one best way; they believe they are the arbiter of truth. Cloaking themselves in the holy robes of the augur of the common good, dissent is not to be tolerated. The end to the pandemic requires not that we follow the collectivists but that we are free to consider different perspectives and discover in the course of an uncoerced social process what really works.

This article was reprinted with the author’s permission. It was originally published by the American Institute for Economic Research (AIER). Barry Brownstein is professor emeritus of economics and leadership at the University of Baltimore. He is senior contributor at Intellectual Takeout and the author of The Inner-Work of Leadership.

15 Responses to "The Totalitarian Roots of Vaccine Mandates"