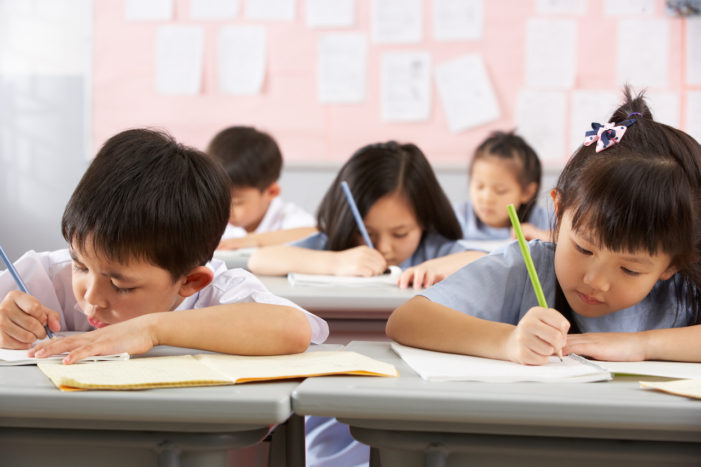 A recent study published in the journal Vaccine revealed that, despite having a vaccination coverage rate of over 97 percent with two or more doses of measles containing vaccine (MCV), 8.5 percent of cases in the surveillance dataset and 26 percent in the case series dataset of vaccinated children in Tianjin, China still became infected with measles.1

Despite high measles vaccination coverage, wild-type measles continues to cause large epidemics in China. The reported vaccination coverage for the last decade in China has been above 95 percent, which is said by public health officials to be the critical vaccination rate for herd immunity and measles eradication, yet measles continues to cause large epidemics every year among highly vaccinated child populations.2

According to the new study, Edmonston-derived vaccines strains are the most commonly used MCVs (usually measles-mumps-rubella MMR vaccine) in the United States and Europe. China uses a vaccine from a locally-isolated measles strain, the Shanghai (or Hu-) 191 strain, which has shown to have comparable safety and immunogenicity to the Edmonston-derived vaccine.1

In China, children receive MCV at eight months old, 18-24 months old and, in some large urban areas including Beijing, Tianjin and Shanghai, a third dose is given at 4-6 years of age. The vaccination coverage is high among children (over 97 percent for the 1st and 2nd dose in Tianjin).1

Vaccine effectiveness of a single MCV dose given in China has ranged from 85 percent when administered at nine months old to 90-95 percent when the second dose is given at 12 months old.1

Public health officials in China are concerned about measles outbreaks occurring in people who have received multiple doses of measles vaccine.1

This study revealed that within a small subset of identified measles cases in Tianjin, there is a high burden of measles among those who have been vaccinated. It revealed that over a quarter of cases of measles diagnosed in individuals living in Tianjin had received one dose of measles vaccine prior to contracting the disease.1

Time-to-event analysis also showed that those with two doses or more of MCV had significantly delayed onset of wild type measles, though the onset of measles for those who received only one dose MCV was similar to those who were unvaccinated. This evidence suggests that one dose of measles vaccine does not provide protection against infection and perhaps the dose administered at eight months of age, one of the earliest suggested dose times in the world for MCV, may indeed have a reduced immune response or no immune response at all.1

Perhaps the most interesting finding in this study is that 8.5 percent of cases in the surveillance dataset and 26 percent in the case series dataset contracted measles, despite two or more doses of MCV. As a result, the authors of the study call for a vaccine effectiveness study to examine the reasons as to why fully vaccinated children are still contracting measles.1

Scientists and public health officials today claim that 95 percent of the population must be vaccinated to stop measles from spreading altogether.3 This concept is known as vaccine acquired “herd immunity” or “community immunity,” which is theoretically achieved when a certain percentage of the population is vaccinated, thus preventing transmission of infection. The original theory of herd immunity had nothing to do with vaccination but was reportedly achieved when a certain percentage of humans or animals in a population experienced the natural disease and acquired natural immunity.4 5

This study raises questions regarding the current theory of vaccine acquired herd immunity. If more than 97 percent of the population in Tianjin has been vaccinated with the MCV, yet measles outbreaks have continued to occur, it highlights the fact that a vaccination rate of almost 100 percent does not necessarily result in herd immunity—at least with current measles vaccines.

Moreover, this study calls into question the effectiveness of booster shots. Since 8.5 percent of cases in the surveillance dataset and 26 percent in the case series dataset got infected with measles after getting two or more doses of MCV, this suggests that the measles vaccine is failing to give long-term protection against infection and transmission.

While this study has limitations, it is a good starting point to begin asking serious questions about vaccination and whether the theory of herd immunity is a scientific fact or a myth.