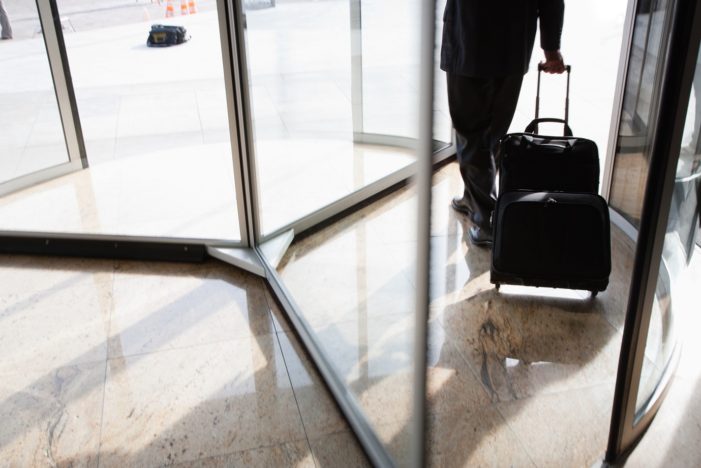 Former Food and Drug Administration (FDA) Commissioner Scott Gottlieb, MD has joined the board of directors of Pfizer, Inc.—the world’s largest pharmaceutical company and second largest manufacturer of vaccines. Pfizer, which posted total revenues of $53.7 billion in 2018, announced Dr. Gottlieb’s election to the board on June 27, 2019.1 2 3 4

Dr. Gottlieb, who led the FDA from May 11, 2017 to Apr. 5, 2019, has also been appointed to the Regulatory and Compliance Committee and the Science and Technology Committee of Pfizer’s board. 5 6

In response to the Pfizer announcement, U.S. Senator Elizabeth Warren (D-MA) wrote a letter to Dr. Gottlieb on July 1. She said, “this kind of revolving door influence-peddling smacks of corruption, and makes the American people rightfully cynical and distrustful… ” and suggested that Dr. Gottlieb should “rectify” his “mistake and immediately resign” from his position on the board. She added: “Doing so would send a strong and necessary message to the American people about the importance of government ethics and the integrity of current and former federal officials.”6 7

Prior to his appointment as FDA commissioner, Dr. Gottlieb served on the board of directors of pharmaceutical companies Tolero Pharmaceuticals, Inc. and Daiichi Sankyo Co. He also served on the investment board of GlaxoSmithKline plc (GSK), currently the fourth largest vaccine maker in the world.4 8

Dr. Gottlieb’s Strong Opinions About Mandatory Use of Vaccines

As FDA Commissioner, Dr. Gottlieb often expressed strong opinions about the safety and mandatory use of vaccines. He has said he does not believe there is a need for further scientific research into reported vaccine side effects, such as the development of regressive autism in previously healthy children after vaccination.8 He was also outspoken this year about his belief that children attending school with vaccine exemptions are to blame for measles outbreaks and the federal government should intervene if states do not restrict or eliminate vaccine exemptions.

On Feb. 14, 2019, Axios reported that, “The federal government may try to take action if states don’t tighten their vaccine exemption laws and measles continues to spread in sections of the U.S.,” according to FDA Commissioner Scott Gottlieb. Axios quoted Dr. Gottlieb as saying, “Too many states have lax vaccine laws.”9 Barbara Loe Fisher of the National Vaccine Information Center (NVIC) told Axios that 100 cases of measles in a population of 320 million “is not a public health emergency,” and “should not be used to justify eliminating the legal right to exercise informed consent to vaccination, which is protected by the inclusion of flexible medical, religious and conscientious-belief vaccine exemptions in public health laws.”

States could “force the hand of the federal health agencies”

On Feb. 20, Dr. Gottlieb again publicly criticized the existence of exemptions in state vaccine laws requiring U.S. schoolchildren to receive FDA licensed and CDC recommended vaccines. He told CNN that, “Some states are engaging in such wide exemptions that they’re creating the opportunity for outbreaks on a scale that is going to have national implications.” He said if “certain states continue down the path that they’re on, I think they’re going to force the hand of the federal health agencies,” and added that,  “You could mandate certain rules about what is and isn’t permissible when it comes to allowing people to have exemptions.”

On Feb. 22, NVIC’s Loe Fisher questioned Dr. Gottlieb’s comments implying that federal agencies could intervene and override state vaccine laws. In an interview with THV-11 (CBS) in Arkansas, she pointed out that the federal government makes vaccine use recommendations and state governments make vaccine laws. She said, “It is highly inappropriate for federal government officials, particularly the commissioner of the FDA, to threaten state legislators with federal action if they don’t tighten vaccine exemption laws,” adding that “The federal government should not be interfering in what is a states’ rights issue.”10

Why Federal Intervention in State Vaccine Law is Not Legal

On Feb. 28, Northeastern Professor of Law Wendy Parmet, JD wrote an article published in STAT News reviewing legal issues with regard to the suggestion made by Dr. Gottlieb that federal health agencies could intervene in state vaccine lawmaking and restrict or eliminate vaccine exemptions. She said:11

That the states are on firm constitutional ground in repealing personal belief or religious exemptions doesn’t mean the federal government can abolish such exemptions. In its 2012 ruling on the Affordable Care Act’s individual mandate, the U.S. Supreme Court said that the federal government’s authority over interstate commerce does not permit it to compel individual action. If Congress can’t require individuals to have health insurance, or eat broccoli, it can’t mandate vaccination either.

Under the 10th Amendment’s anti-commandeering doctrine, the federal government cannot force states to pass laws to its pleasing.

Congress could use its power of the purse to buy state compliance, perhaps by requiring states to get rid of philosophical and religious exemptions in order to receive federal public health funds. But any such conditional spending laws must give states a clear choice and can’t be coercive.

Federal health agencies can’t act without congressional authority. Under current law, the FDA licenses vaccines. But it cannot regulate the practice of medicine, and it has no authority to mandate that individuals be vaccinated. Nor does the FDA have statutory authority to require states to enact specific vaccine laws. The CDC’s Advisory Committee on Immunization Practices (ACIP) is charged with making recommendations about vaccinations, but these are meant to advise, not dictate, state laws.

Professor Parmet added, “Nor should Congress give such authority to any federal health agency. Although mandates can save lives, they can also stoke backlashes…by working to improve public education around vaccines, enhancing transparency, educating and paying health professionals to talk to parents about vaccines, and ensuring vaccine safety, federal officials can help bolster trust in vaccines. Those efforts, more than anything, may lead to fewer exemptions.”

On Mar. 5, Dr. Gottlieb suddenly announced that he was resigning as FDA Commissioner to spend more time with his family. Media coverage of his resignation announcement focused on his vow to crack down on companies that market vaping to minors.12

Two months after resigning from the FDA, on July 2, Dr. Gottlieb defended his decision to join the Pfizer board. He stated that he was returning to the same venture capitalist role he held in the biotech sector of the pharmaceutical industry before he was appointed as FDA Commissioner.

Dr. Gottlieb told CNBC that, “I worked with some large drugmakers before I came into the agency.” He added that his new role at Pfizer is bigger than anything he did before the FDA. “I made no bones about the fact that I had expertise in life sciences and I made my living trying to promote innovation in this sector prior to coming to the agency.”13

In addition to serving on the Pfizer Board, Dr. Gottlieb has returned to the American Enterprise Institute as a resident fellow. He also is a special partner at the venture capital firm New Enterprise Associates, where he worked before joining the FDA. He is also now a contributor to CNBC.