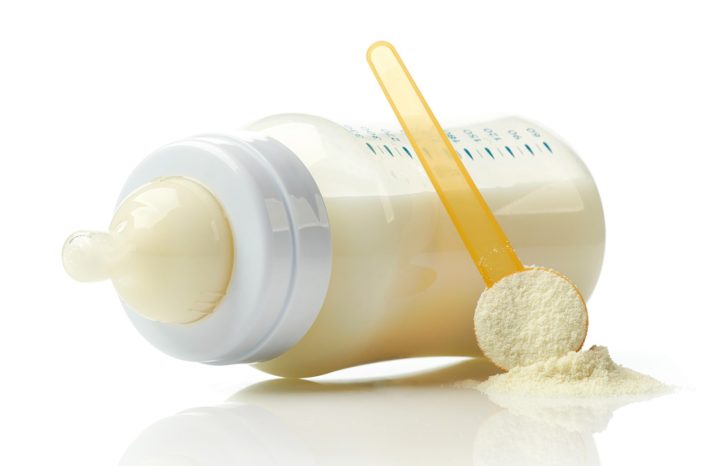 In an important move to support the evidence that exclusive breastfeeding is by far the healthiest choice for feeding babies, at least for their first six months, the United Kingdom’s Royal College of Pediatrics and Child Health (RCPCH) has decided to stop accepting money from manufacturers of infant formula.1 While the RCPCH has focused on its support of breastfeeding practices in promoting infant health, many health care advocates applaud the decision as a means to curbing questionable practices by the $70 billion industry known as “Big Formula.”

Critics of the formula companies have a lot of complaints against that industry. As far back as 1974, a report published in the U.K. accused Nestle of pushing sales of their formula in impoverished countries despite knowing the products would likely not be able to be used properly. The accusation held that the marketing strategy was prompted because sales were down in the U.S. so Nestle was seeking alternative markets. One of their strategies was to send sales reps dressed as nurses into hospitals to promote their formula.

When the story broke, it prompted an international boycott against Nestle that lasted from 1977 to 1984, “when the company agreed to abide by the WHO’s guidelines on marketing.” Unfortunately, there is inadequate monitoring of adherence to the guidelines. More than 800 violations of the WHO’s guidelines were identified between 2014 and 2017 in 79 countries.2

Particularly alluring for impoverished or undereducated women are advertising campaigns designed to convince them that formula may impart important benefits for their child. Bonna, for example, has portrayed the so-called “Bonna kid” as “one who is smarter and succeeds in life,” claiming their product has been “clinically proven to give the IQ + EQ advantage.” In response to such a message, mothers in poor areas of Manila reportedly spend most of their budget on infant formula, sometimes doing without food themselves in order to provide formula to their babies. One mother is quoted saying, “I didn’t eat just so I could feed the baby,” she said. “There were some days when I didn’t eat anything. And [formula] is expensive so I could not always give it to my baby when she was hungry, I only gave her half bottles, four times a day.”3

More recently, in the summer of 2017, the U.S. government attempted to “block an international resolution encouraging breastfeeding,” which was seen by breastfeeding advocates as an indication of the far-reaching power of the baby formula industry.4 The specific language opposed by U.S. officials at the World Health Assembly in Geneva was meant to “protect, promote, and support breastfeeding” and also to “restrict the promotion of unhealthy food products.”5 Opposition to the breastfeeding initiative was widely seen as a shocking move and indicative of the U.S. government’s tradition of supporting the dairy, grocery, and baby-formula industries.

In the U.S., three companies control 98 percent of the infant formula market: Abbott, Mead Johnson, and Nestle. All three have powerful lobbyists in Washington D.C., with Abbott alone reported to have spent $790,000 in lobbying efforts in the first half of 2018.6

According to Lucy Sullivan, executive director of “1,000 Days,” a nonprofit company focused on improving nutrition for women and children, the proposed resolution in question was meant to “prevent new mothers from losing confidence in their ability to breastfeed” and included new guidelines from the World Health Organization (WHO) intended to support “breastfeeding mothers in crisis situations and encouraged countries to improve breastfeeding rates.” The resolution also included references to an earlier marketing code implemented in 1981 that restricted “unethical marketing of breast milk substitutes. That includes any direct advertising, such as giving free samples of formula at a doctor’s office.”7 The U.S. was the only dissenting vote on that resolution too.

The issue in question is not whether breast milk is best for babies as a rule. The consensus is that it is not only true for babies but provides significant benefits for the nursing mother, as well.8 It is not even whether there is a valid place for infant formula in the feeding of babies, as there are a number of situations where using an infant formula is appropriate. For example, some mothers may not be able to produce enough milk of their own, some face work or school challenges and need to supplement with formula, and others may be on drugs or medications that cross into breast milk and could harm the baby.

What is being challenged is the questionable methods used to promote formula, which can have dire consequences for some babies. A 1981 report linked formula feeding to 66,000 infant deaths in low- and middle-income countries. In most cases the deaths resulted from illness caused by mixing the formula with contaminated water.

Aggressive marketing practices may be particularly dangerous for low-income or poorly educated families in any country. Even with access to clean water, expensive formulas may be diluted to try to stretch food dollars, leading to malnutrition.

As explained by reporter Annalisa Merelli, “When breastfeeding mothers feed their babies exclusively with formula, they quickly stop producing breast milk, making it impossible to revert back. This makes formula particularly problematic for poor mothers, who may not be able to buy sufficient amounts of the product, and end up watering it down or feeding the child smaller quantities, which then leads to malnourishment.”9

Lobbyists for the formula companies argue that they are just trying to protect the rights of mothers who are unable to breastfeed, saying, “Many women are not able to breastfeed for a variety of reasons, these women should not be stigmatized; they should be equally supported with information and access to alternatives for the health of themselves and their babies.”10

Sullivan suggests that baby formula should be promoted like medical products such as insulin. As she puts it, “Some babies need it, some don’t… It’s there for whoever needs it.”