All Homeless People to Get Hepatitis A Vaccine 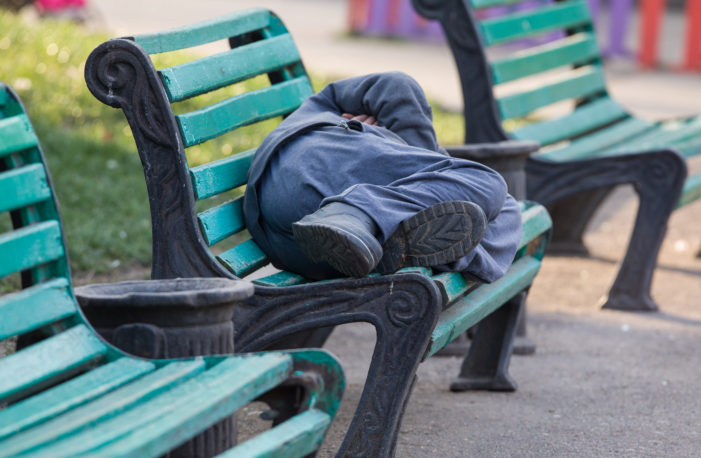 During the meeting on Oct. 25, 2018, the Centers for Disease Control and Prevention’s (CDC) Advisory Committee on Immunization Practices (ACIP) voted to add a new policy recommending that everyone ages one and older who experience homelessness routinely be vaccinated against hepatitis A (HAV).1

At the meeting, the hepatitis A work group did a presentation showing that since 2016, hepatitis A outbreaks have occurred in 11 states with 7,500 cases, about 4,400 hospitalizations and 74 deaths. The group argued that homelessness is independently associated with two to three times higher odds of infection with HAV and two to three times higher chance of severe outcomes such as hospitalization or death.1 As a result, the ACIP voted unanimously to recommend adding homeless individuals to the list of those who are at increased risk of contracting HAV infection or severe disease.1

What is Hepatitis A?

According to the World Health Organization (WHO), hepatitis A is a viral liver disease. HAV is transmitted primarily through the fecal-oral route when an uninfected person ingests food or water that has been contaminated with the feces of an infected person,2 In families, this may happen though dirty hands when an infected person prepares food for family members.2 Waterborne outbreaks, although infrequent, are usually associated with sewage contaminated or inadequately treated water. Some outbreaks of hepatitis A have been traced to raw undercooked shellfish, such as raw oysters, and raw produce.3

The virus can also be transmitted through close physical contact with an infectious person, although casual contact among people does not spread the virus.2

Hepatitis A causes symptoms of jaundice (yellowing of the skin and eyes), fatigue, stomach pain, nausea, diarrhea and fever that comes and goes for six to nine months. Most children and adults recover without complications. The WHO acknowledges on its website that almost everyone recovers fully from hepatitis A with a lifelong immunity.2

Unlike hepatitis B and C, the HAV infection does not cause chronic liver disease and is rarely fatal.2 The WHO website goes on to further state that safe water supply, food safety, improved sanitation and hand washing are effective ways to combat the disease.2 In developed countries with good sanitation and hygienic conditions such as the United States, infection rates are low.2

Hepatitis A Outbreaks Have Occurred Beyond Homeless Populations

The outbreaks included restaurant workers in California and Michigan but officials at all levels say food service employees were not the cause of the outbreak.4 Restaurant owners have the potential be on the hook for HAV outbreaks related to food that was contaminated before they took possession of it.4 For example, in 2016, an HAV outbreak was traced to frozen strawberries imported from Egypt and served at Tropical Smoothie restaurants that sickened 134 people in nine states. Thorough food safety regulations and inspections can also prevent outbreaks.4

Sanitation: Addressing the Root Causes of the Disease and Poor Health

The problem with modern medicine is that it fails to address the underlying causes of diseases and poor health, which leads to a life long dependency on pharmaceutical drugs and vaccines.5 History provides ample evidence that poverty, poor sanitation and unhygienic conditions are breeding grounds for infectious viruses and bacteria.6

Hepatitis A is not a major disease threat in the United States because of the improved sanitation. HAV outbreaks in homeless encampments are preventable because as mentioned above, the infection is spread through the fecal-oral route, which means the unsanitary conditions often found in homeless encampments play a large role in the spread of the disease.

There are two inactivated hepatitis A virus vaccines licensed in the U.S., GlaxoSmithKline’s Havrix and Merck & Co’s Vaqta.

Havrix pre-licensure clinical trials found the most common reactions to be injection site soreness (21-56 percent) and headache (9-14 percent) followed by loss of appetite, nausea, fatigue and fever in between one and 10 percent of injections. Less than one percent of injections were followed by upper respiratory infection, swollen lymph nodes (lymphadenopathy), stiff muscles (hypertonia), joint, muscle or abdominal pain, itching, rash, or other adverse events.

Vaqta contains inactivated hepatitis A virus. Among the vaccine’s other ingredients are aluminum, non-viral protein, DNA, bovine albumin, and formaldehyde.

The Issue of Medical Informed Consent

Homeless individuals have the right to exercise informed consent to medical risk taking just like everyone else.

If public health officials and other healthcare professionals are indeed going into homeless encampments to vaccinate individuals who live there, are they providing them with all the necessary information regarding the benefits AND risks of the HAV vaccine or other vaccines prior to vaccination? Are they asking questions about every individual’s medical history prior to vaccination? Are they monitoring every individual following vaccination to observe for adverse reactions? Are they reporting any adverse reactions to the Vaccine Adverse Event Reporting System (VAERS)?

Regardless of one’s living conditions, the right to exercise informed consent to medical risk taking is a human right for all.9

6 Responses to "All Homeless People to Get Hepatitis A Vaccine"