The Plight of Infectious Diseases, Vaccines, Sanitation and Nutrition in Poor Nations 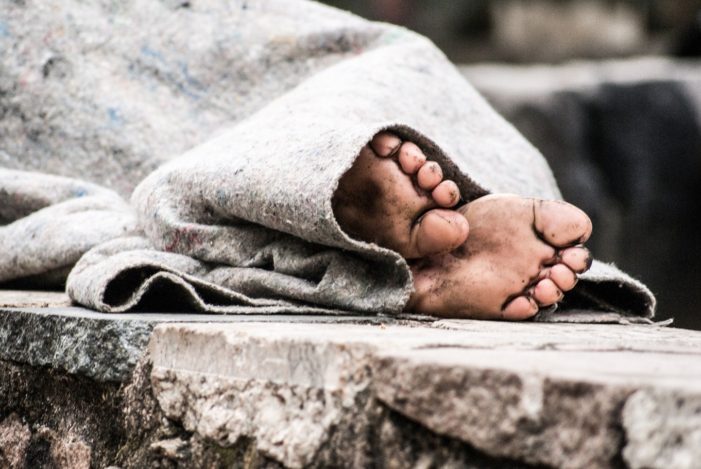 Launched in 2000, the Bill and Melinda Gates Foundation’s mission is to support initiatives that improve social, economic and health conditions on a global level.1 In recent years, the foundation has not only partnered with Monsato, a biotechnology corporation, to send genetically modified seeds to developing countries but also with big pharmaceutical corporations. Bill Gates has dedicated $10 billion to provide vaccines to children in poor countries. Such efforts are labeled as humanitarian; however, they overlook a major cause of the spread of infectious diseases.2

Since most deaths from infectious diseases occur in developing countries, these regions, particularly Africa, Southeast and Central Asia, are proving to be lucrative vaccine markets for drug companies producing vaccines.2 The Bill Gates vaccine campaign continues to push a vaccine agenda while ignoring that malnutrition, unsanitary conditions and contaminated water often result in death and disease in poverty stricken countries.2

Infectious organisms are more likely to invade the bodies of malnourished children due to lack of Vitamin C, which breaks down skin thus allowing easy entry for pathogens. Furthermore, Vitamin A deficiency, a common problem in developing countries, also makes children susceptible to infections.2 Administering vaccines in children with immune compromised systems is more likely to create new infections rather than control or eradicate them.2 There are several cases where vaccines have failed to protect children from infectious diseases because access to adequate nutrition, clean water and sanitation remains unaddressed.

One example is the polio vaccination program in India which has involved giving children as many as 15 doses of live Oral Polio Vaccine (OPV).3 In some parts of India, children received up to 30 doses of OPV by their fifth birthday.4 Interestingly, while OPV has continued to be administered to children in India, in 1999 the U.S. Centers for Disease Control and Prevention removed the live virus vaccine from its recommended childhood vaccine schedule and replaced it with inactivated polio vaccine (IAV) because OPV was causing vaccine strain polio in the U.S.5

Polio thrives in fecal matter and is transmitted through human waste. Currently, 780 million people in India do not have toilets and 96 million people do not have access to clean drinking water, which has allowed the polio virus to spread easily throughout contaminated water supplies.4 According to an article published in the Indian Journal of Medical Ethics, not only did the vaccine fail to prevent wild type polio but it also resulted in vaccine adverse reactions that may have caused 47,500 cases of non-polio acute flaccid paralysis (NPAFP) in children in 2011.6 The authors state that, “NPAFP is clinically indistinguishable from polio paralysis but twice as deadly; the incidence of NPAFP was directly proportional to doses of oral polio received.”

In 2014, there were no “official” cases of polio documented in India—but will this last without improved sanitation?

In another case, Swaziland experienced an outbreak of diarrhea caused by rotavirus in 2014. Rotavirus kills approximately 527,000 children every year, with 85% of these deaths occurring in developing countries.7 According to the U.S. Centers for Disease Control and Prevention, rotavirus is spreads by a fecal-oral route and through contaminated hand, objects, food and water.8

One of the main reasons why so many children are contracting rotavirus in Swaziland is due to escalating poverty rates.7 Many rotavirus patients live in settlements where sanitation is non-existent—no toilets and running water. During the outbreak, Swaziland’s Healthy Ministry broadcast proper hygiene guidelines such as washing hands with soap after using the toilet and drinking boiled water,7 but without proper water and sanitation infrastructure such guidelines are impossible to follow. As a result, the World Health Organization recommended that Swaziland introduce the rotavirus vaccine into their immunization campaign. Swazi health officials reported that the vaccine was to be introduced in July 2015; however, the government was expected to use the rotavirus outbreak to justify expediting the process.7

It is no secret that poor sanitation and infectious diseases are widespread in the developing world. Drug companies, governments and the Bill and Melinda Gates Foundation are increasingly offering vaccines as the ultimate solution to these problems instead of addressing malnutrition and investing in proper water and sewage facilities to eliminate the main cause of poor health and disease transmission.

One Response to "The Plight of Infectious Diseases, Vaccines, Sanitation and Nutrition in Poor Nations"