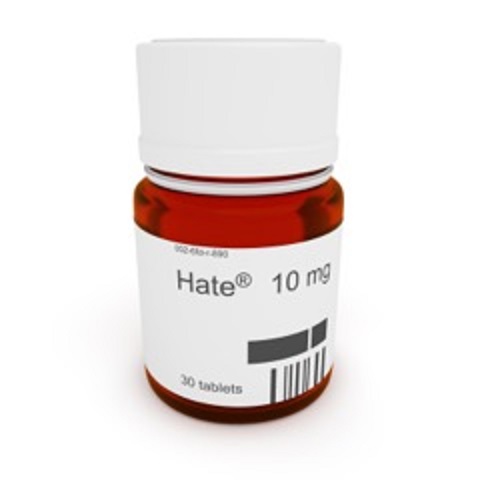 In an opinion piece in the Houston Chronicle titled “Why I’m standing up to the anti-vaccine nonsense,” pediatrician and vaccine developer Peter Hotez, MD, PhD sought to explain his reasoning for declaring himself the primary antagonist of parents defending the moral and legal right to make informed, voluntary medical care decisions, including vaccine decisions, for their minor children.

Dr. Hotez, who is the director of the Texas Children’s Hospital Center for Vaccine Development in Houston, wrote about why he feels justified in attacking parents, including those with vaccine injured children, who are educated about vaccine risks and failures and advocate for protection of the ethical principle of informed consent. He said, “As both a vaccine pediatrician-scientist and autism dad, I knew there was probably no one more qualified to stand up to the anti-vaccine lobby and refute their false assertions.”1

Hotez implied that he is a reluctant warrior, though. He said, “I knew the stakes might be high. Many individuals linked to anti-vaccine groups are notorious cyberbullies and stalkers. Did I really want to run myself and family through this gantlet?”1 Could this be the same Peter Hotez who has alleged that parents of vaccine injured children “hate their families and hate their children” because presumably they dare to speak out and describe the devastating deterioration in health their children suffered after vaccination?2 3

Hotez throws around the word “hate” like he owns it. The word “hate” is defined in the dictionary as “to feel extreme enmity toward: to regard with active hostility” and “to have a strong aversion to: find very distasteful.”4

Could this be the same Hotez who said people who believe in medical freedom and vaccine choice should be “snuffed out?”5 6

Snuff: another strong word which goes further than hate. The word “snuff” is defined in the dictionary as “to make extinct: put an end to” and “kill, execute.”7

This doctor is very angry and seems to be fixated on feelings of hate and killing, especially when people don’t agree with him. Think about the kind of strategy this doctor is pursuing, one that appears almost entirely focused on dehumanizing individuals who do not agree 100 percent with him about vaccination, health and autonomy.

Like those who have been public spokespersons for forced vaccination policies and laws before him, Dr. Hotez is determined to divide Americans into two camps: people who are right and worthy of being valued and those who are wrong and not worthy of being valued. It looks like Dr. Hotez wants to convince the public that those who side with his view that vaccines are good and everyone must be required to get vaccinated belong in the first camp, while those, who believe that vaccines are not good for everyone and no person should be forced to take a medical risk without voluntary informed consent, belong in the second camp.

In other words, Hotez is setting up people who disagree with him to be viewed as wrong, unworthy and less than human—thus creating a “psychological loophole” that can justify harming or even killing them.8 9

In an article in Vox titled “The dark psychology of dehumanization, explained”, Brian Resnick wrote:

At Stanford, Albert Bandura, showed that when participants overhear an experimenter call another study subject “an animal,” they’re more likely to give that subject a painful shock. If you think of murder and torture as universally taboo, then dehumanization of the “other” is a psychological loophole that can justify them.8

This kind of language is different from the kind of bullying or stalking that Hotez whines about. At its most annoying and pathetic, Hotez’s description of vaccine safety and informed consent advocates as “hate groups” and the need for “snuffing out” those groups is reminiscent of the “schoolyard bully who engages in name calling when he can’t come up with anything intelligent to say.”3

At its near-worst, Hotez’s language is defamatory and, as noted by informed consent advocate Barbara Loe Fisher of the National Vaccine Information Center (NVIC), is…

“systematically fomenting fear, hatred and prejudice against any parent or physician who talks about the reality of vaccine injuries and deaths and defends the informed consent principle, which has been the ethical standard for the ethical practice of medicine since World War II.”3

Informed consent? Dr. Hotez clearly finds the idea bothersome and repugnant, and he is not embarrassed to admit it. In his article, Hotez referred to terms such as “medical freedom” and “vaccine choice” as “phony nonsense.”

This angry doctor seems to have no problem side-stepping the personal autonomy of individuals and urging lawmakers to take away the human right to freedom of thought, speech, conscience and informed consent so everyone can be forcibly vaccinated. Being allowed to give voluntary consent to taking a pharmaceutical product that can cause injury or death, in the eyes of Peter Hotez, is simply irrelevant.