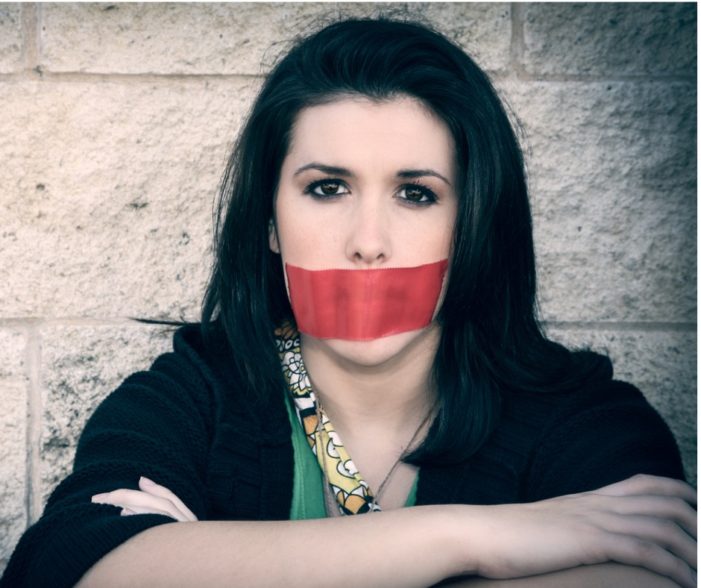 Many years ago when I was having a conversation with a senior official at the Centers for Disease Control (CDC) during a public engagement meeting, we explored the reasons for why public health officials and parents of vaccine-injured children were at such odds with each other. I said it was because we disagreed about the science. He said, no, it was a disagreement over values and beliefs. This week a physician dean at Baylor University College of Medicine made it clear that it is a lot about doctors getting off on demonizing and bullying parents of vaccine injured children.

According to an article in the Duke Chronicle, Peter Hotez, MD, PhD gave a global health lecture at Duke University in which he called on medical scientists to “engage the public” to promote more financial investment into the development of more vaccines.1 Apparently, he also called on them to counter what he labeled as the “anti-vaccine movement,” which he believes has been “propelled” because “anti-vaccine websites exist with names such as the National Vaccine Information Center.” The article reported that Dr. Hotez castigated politicians from the “peace, love, granola” political left, who believe that “we have to be careful what we put into our kid’s bodies,” and politicians from the political right, who tell doctors like him “you can’t tell us what to do with our kids.”

But Dr. Hotez reserved the bulk of his venom for parents of vaccine injured children. Like a schoolyard bully who engages in name calling when he can’t come up with anything intelligent to say, he slapped the label “anti-vaccine” onto parents of vaccine injured children speaking about what happened to their children after vaccination. Then, he went further and viciously accused those parents of hating their children:

[Anti-vaccine organizations] camouflage themselves as a political group, but I call them for what they really are: a hate group. They are a hate group that hates their family and hates their children.2

In an email, he expanded on his personal feelings about the non-profit charity, the National Vaccine Information Center (NVIC), founded by parents of DPT vaccine injured children, who have worked for 36 years to prevent vaccine injuries and deaths through public education and to secure informed consent protections in vaccine policies and laws.3 4 He said:

A vaccine developer, a former president of the Sabin Vaccine Institute and director of the Texas Children’s Center for Vaccine Development, Professor Hotez is a doctor with a lot of titles who brings a lot of prestige, power and money to any academic setting in which he works or appears.5 6 7 He is also the father of a daughter with autism, who he insists is not vaccine injured.8 Regardless of the cause of his daughter’s brain and immune system dysfunction, as the parent of a developmentally disabled child, Dr. Hotez should know better than to vent his anger and frustration by striking out at other parents with children requiring special education and lifelong care.

This is not the first time that Dr. Hotez has revealed his prejudice against parents, who disagree with him about the safety of vaccines and one-size-fits-all mandatory vaccination policies. In 2017, in Scientific American magazine, Dr. Hotez called on the U.S. government and G20 nations to take steps to “snuff out” the “American anti-vaccine movement.”9 To “snuff out” means to “crush or kill.”10

In his interview for the Duke newspaper, Dr. Hotez chose to use the word “hate” four times in two sentences when he defamed the National Vaccine Information Center by calling it a “hate group.” Branding an organization a “hate group” is not an inconsequential action, morally or legally.

In the 21st century, the term “hate group” is most frequently used to describe groups of individuals associated with “hate crimes,” which are defined by state laws and include threats, harassment or physical harm. Hate crimes are motivated by prejudice against someone’s race, color, religion, national origin, ethnicity, sexual orientation or physical or mental disability.11

In a July 2017 commentary, Class and Race Profiling in the Vaccine Culture War, I described how some physicians and lawyers in academia have been systematically fomenting fear, hatred and prejudice against any parent or physician who talks about the reality of vaccine injuries and deaths and defends the informed consent principle, which has been the ethical standard for the ethical practice of medicine since World War II.12 A child health advocacy group that points out vaccine science research gaps, criticizes paternalism in medical practice, and challenges the use of utilitarianism as the moral foundation for public health policy does not qualify as a “hate group.”13 14

Prestigious universities like Baylor and Duke, which receive substantial funding from government health agencies to develop and test new vaccines, should have a minimum standard of conduct for professors, whether they are employed to teach students or perform research.15 16 17 18 19 20 21 22 Engaging in defamatory speech and using violent imagery to call on governments to “snuff out” people for exercising freedom of thought, speech, conscience and religious belief does not meet even a minimum standard for civil conduct.

Regardless of what vaccine developers and forced vaccination proponents like Dr. Hotez choose to do, the National Vaccine Information Center (NVIC) will continue to publish well referenced information on NVIC.org anchored with links to the CDC, FDA, NIH, National Academy of Sciences, vaccine manufacturer package inserts, articles published in the medical literature, state vaccine laws and other information resources to assist those making educated decisions about vaccination for themselves and their minor children. We will continue to provide a forum for Americans to testify about their personal experiences with vaccination,23 24 we will continue to defend the legal right to exercise freedom of thought, speech, conscience, religious belief and informed consent, all of which have been recognized internationally as human rights.25 26

In a Valentine’s Day 2018 vaccine education awareness campaign, supporters of the National Vaccine Information Center communicated the following two messages to their friends and families: “I love my children and protecting all children” and “Let all that you do be done in love.”

Those are messages that Dr. Hotez and other doctors, who bully parents because they are upset with a challenge to their wisdom and authority on the subject of health and vaccination, do not understand.27 28 The doctors operating the mandatory vaccination system with an iron fist, who refuse to acknowledge or address the suffering of people for whom the risks of vaccination turned out to be 100 percent, would do well to reflect upon the primary role they have played in the crisis of public trust in the safety of vaccines and doctors forcing everyone to use them.