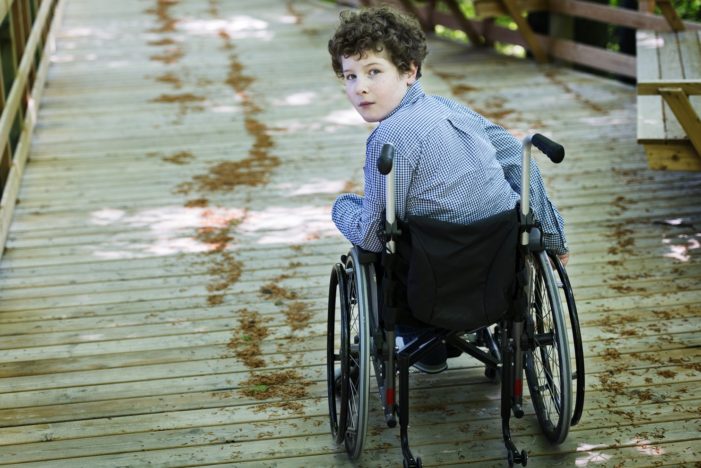 Right now there is no conclusive evidence that recently reported cases of acute flaccid myelitis (AFM) primarily reported in children is caused by a virus. All there is at the moment is speculation that a virus could be causing this polio-like illness. While it may appear that Centers for Disease Control and Prevention (CDC) officials are more inclined now to blame a virus based on a Nov. 16, 2018 CDC update on the AFM outbreak, that update merely stated that, “Clinical, laboratory, and epidemiologic evidence to date suggest a viral association.”1 2

Most of the “clinical evidence” appears to be based on the observation that during the four weeks “preceding the onset of limb weakness, signs and symptoms consistent with a viral illness were reported” for 99 percent of the confirmed AFM patients. Of these patients, 81 percent experienced fever, 78 percent had respiratory issues such as coughing, rhinorrhea (runny nose) and congestion, and 38 percent suffered from gastrointestinal problems, including vomiting and diarrhea.2

The underlying assumption, however, is that only a viral infection can cause these kind of symptoms. That assumption, of course, could be wrong. Medications, for example, can cause those symptoms.3 4 5 6 7 8 They’re sometimes referred to as adverse effects.

Vaccines can also cause those symptoms, which are referred to as adverse effects, or adverse reactions or side effects.9 10

But there may be another possible explanation, says Nancy Messonnier, MD, director of the CDC’s National Center for Immunization and Respiratory Diseases. Dr. Messonnier recently said that AFM “seems to be more of an autoimmune syndrome, as opposed to a direct result of a virus.” 14

Messonnier’s observation that AFM may not be a disease but, rather, related to immune dysfunction and autoimmunity is helpful. However, it does not address the question of what is causing an immune mediated type of paralysis that looks a lot like polio.

If AFM is indeed a type of autoimmune disorder, then what is causing the constellation of symptoms that characterize the syndrome? What is the biological mechanism involved in the development of “weakness and loss of muscle tone and reflexes in the arms or legs, facial droop or weakness, difficulty moving the eyes, drooping eyelids, difficulty swallowing and slurred speech” in previously healthy children?15

CDC officials already know part of the the answer to that: AFM involves inflammation of the spinal cord.15 16 But exactly what is causing the spinal cord to become inflamed? That is what public health officials say is unclear.

Messonnier has compared AFM to what happens with the autoimmune neurological disorder known as Guillain-Barré Syndrome, in which the immune system attacks healthy nerve cells in the peripheral nervous system.17 Unfortunately, there are outstanding questions about what exactly causes Guillain-Barré Syndrome, as well. According to the Mayo Clinic, “The disorder usually appears days or weeks after a respiratory or digestive tract infection. Rarely, recent surgery or immunization can trigger Guillain-Barre Syndrome.”18

Vaccines can trigger Guillain-Barre? Yes. Which ones?

According to the CDC, there may be a “small increased risk of Guillain-Barré Syndrome (GBS) after inactivated flu vaccine.”19 There have been awards made in the federal Vaccine Injury Compensation Program (VICP) to individuals who have been paralyzed by GBS following vaccinations.20

Any other vaccines? Yes.

Cases of Guillain-Barré have also been reported following hepatitis B vaccinations,22 as well as meningococcal polysaccharide, tetanus and polio vaccinations.23

Based on Messonnier’s view that AFM might be an autoimmune disorder similar to Guillain-Barré Syndrome, and based on the fact that Guillain-Barré Syndrome can reportedly be triggered by a number of vaccines, it would be reasonable to at least consider the possibility of an association between AFM and vaccination. This is particularly relevant given that 99 percent of confirmed AFM cases were diagnosed in individuals who had shown clinical symptoms that could have been caused by vaccination.

CDC officials have not released information about how many of the AFM cases were recently vaccinated or if there have been any cases of AFM diagnosed in children who are completely unvaccinated or who have received only a few vaccinations. How can there be no consideration given to the possibility that there may be an association between AFM and vaccine-induced immune dysfunction in some of the cases?

Officially, AFM is still a “mystery illness,”24 so it makes no sense to close any door to inquiries that could yield important clues about why healthy children are suddenly being paralyzed without warning.