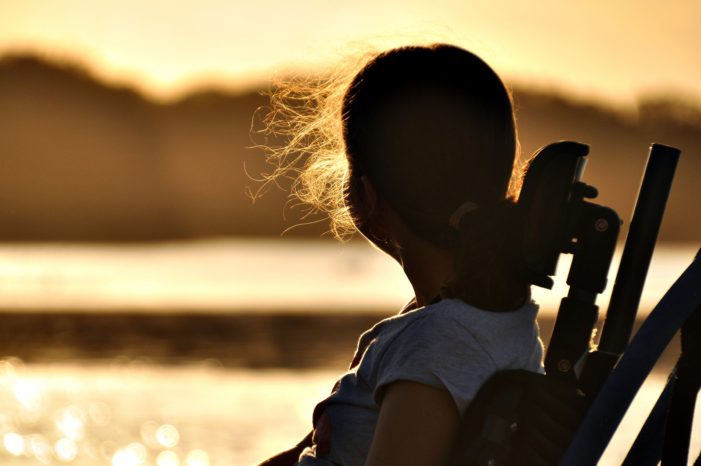 A study published in the Indian Journal of Medical Ethics in 2012, described AFM as “clinically indistinguishable from polio paralysis but twice as deadly”2 3—leading some to dub the disease ‘modern polio.’4 5

The cause of AFM is not known, although there have been correlative links between the disease and enterovirus D68 (EV-D68) and enterovirus A71 (EV-A71). Of the 14 cases in Colorado, at least nine of them have been linked to EV-A71.1 Enteroviruses are viruses that enter the body through the gastrointestinal tract and often move on to infect the nervous system. The poliovirus is an enterovirus.6

According to the CDC, AFM “affects the nervous system, specifically the area of spinal cord called gray matter, which causes the muscles and reflexes in the body to become weak.” Most people who develop AFM will experience a “sudden onset of arm or leg weakness and loss of muscle tone and reflex,” states the CDC. Some people will have “face droop/weakness, difficulty moving the eyes, drooping eyelids, or difficulty with swallowing or slurred speech.”7

Numbness or tingling is rare in people with AFM, although some people have pain in their arms or legs. Some people with AFM may be unable to pass urine (pee). The most severe symptom of AFM is respiratory failure that can happen when the muscles involved with breathing become weak. This can require urgent ventilator support (breathing machine). In very rare cases, it is possible that the process in the body that triggers AFM may also trigger other serious neurologic complications that could lead to death.7

“In early 2014, neurologists at Stanford and University of California reported five cases of sudden paralysis of one or more limbs in children ages two to 16—all fully vaccinated against polio—and the California Department of Health of Health began investigating 20 more similar cases. Two of the five children tested positive for [EV-D68],”2 wrote Barbara Loe Fisher in 2015 in The Vaccine Reaction.

“During the summer of 2014, many more apparently healthy American children in several states, including Colorado, Missouri, Michigan and Massachusetts, were reported to be suddenly stricken with paralysis after developing cold and flu-like symptoms. Several died and, although some of the cases were associated with [EV-D68], others were not.”2

In early October 2018, three suspected cases of AFM were reported at the University of Pittsburgh Medical Center (UPMC) Children’s Hospital of Pittsburgh in Pennsylvania.9 The hospital issued the following statement: “UPMC Children’s Hospital of Pittsburgh is taking care of three children with suspected Acute Flaccid Myelitis. The patients are currently undergoing diagnostic procedures and treatments. Isolation protocols and infection control procedures are in place and we are working with the CDC and the Allegheny County Health Department to further monitor and evaluate the patient conditions.”10