Milk: Does It Really Do a Body Good? 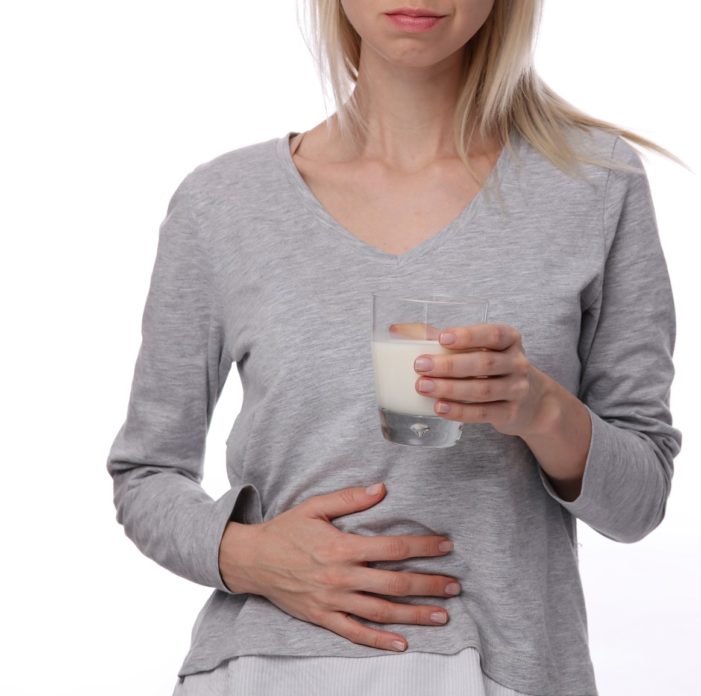 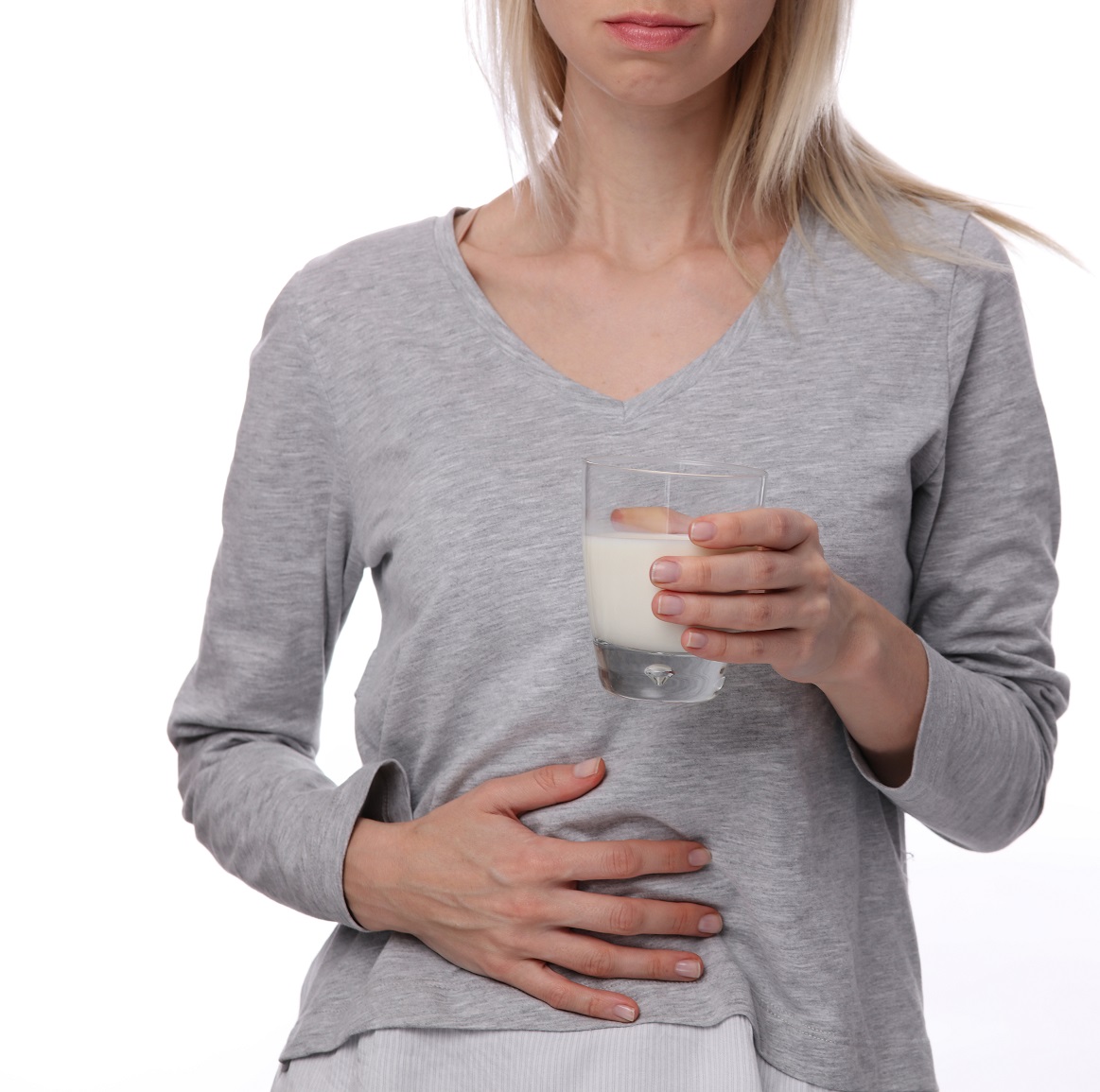 Traditionally, nutritionists have strongly recommended dairy foods as a crucial part of a balanced diet, from stressing the benefits of exclusively breastfeeding infants human milk,1 to providing guidelines for daily consumption of dairy foods for children and adults.2 Even as the latest version of the Dietary Guidelines for Americans (DGA)3 moves away from the familiar “food pyramid” to take a more personalized approach to diet that embraces personal and cultural differences, dairy remains a cornerstone of their key recommendations for a healthy eating pattern.4

In promoting the need for milk and dairy products for a balanced diet, nutritionists are primarily touting their supposedly critical importance in establishing adequate calcium and vitamin D levels. According to well-respected researcher Robert P. Heaney, MD, health care providers need to understand that, “calcium is a crucial part of dietary adequacy and that it is difficult to achieve that adequacy for most of their patients if dairy foods are not consumed in adequate quantity.”5

Milk and dairy foods are particularly encouraged for the elderly, ostensibly to provide adequate levels of calcium and vitamin D (to prevent broken bones), as well as protein and glutathione production (for general health) that seniors may not get otherwise.6 In fact, reimbursement for meals served through U.S. Department of Agriculture (USDA) congregate food programs requires that milk be served at two meals and yogurt or another dairy option be provided at the third meal and the daily snack.7

Conventional science assumes that including milk and dairy in our daily diet is a good thing. Yet, the majority of adults globally are lactose intolerant,8 and as many as 15 per cent of infants may be allergic to milk proteins as well.9

Nearly all infants and small children produce sufficient amounts of lactase, the enzyme that allows them to digest and use lactose (milk sugar), but 75 percent of human adults (and 25 percent of Americans) do not. The results of lactase deficiency include such digestive symptoms as flatulence, bloating, cramps, and diarrhea.

In addition to the natural development of lactose intolerance with age, pasteurization has also played a role in humans’ inability to digest milk. Pasteurization destroys not only potentially harmful pathogens in milk but also the beneficial bacteria, vitamins and enzymes present in raw milk and changes the structure of the natural calcium, rendering it insoluble and essentially unusable for humans.11

In contrast to the enzyme deficiency associated with lactose intolerance, an allergy to milk proteins is an immune system reaction in which the body attacks the milk protein (either casein or whey) as a foreign invader. Among the most common of food allergies, cow’s milk protein allergies (CMPA) are most prevalent among children, especially newborns. Some have attributed the increased incidence of milk allergies to the common substitution of cow’s milk (in infant formula) for human breast milk.12 Symptoms of an allergic reaction to milk may include hives, upset stomach, vomiting, bloody stools and, in some cases, life-threatening anaphylactic shock.13

Although about 80 per cent of those with CMPA grow out of their sensitivity by age 16, it can present a serious feeding and health challenge for babies and small children. Even breastfeeding mothers of babies with CMPA may be warned to curtail consumption of dairy products to avoid a reaction in their sensitive infants.

The main protein present in milk is casein, a common ingredient in many childhood vaccines.14 Milk proteins in general are often used as stabilizers or emulsifiers in vaccines and some may include “hidden milk proteins” as well. As reported by Franceschini et al in the journal Clinical and Translational Medicine,  “Anaphylactic reactions have been reported in milk and egg-allergic children after MMR vaccination.”15

Dairy Not the Best for Bone Health

While prevention of osteoporosis has been a major selling factor in trying to get older people (women in particular) to increase their milk intake, evidence does not support the recommendation. Comparatively speaking, the fracture rate is much lower in countries such as Japan, India, and Peru, where calcium intake is generally much lower than it is in the U.S.16

Many factors can affect bone integrity, including genetics, diet, and lifestyle factors like smoking and alcohol intake. Preliminary findings have even suggested that excess consumption of milk may be associated with an increased risk of broken bones—as well as heart disease, cancer, and death—among older women.17

Calorie for calorie, milk is not even among the best sources for dietary calcium. As Joseph Mercola, DO explains, “milk” and “calcium” are “often used interchangeably in the popular press… [but] no standard other than that of the National Dairy Council considers it the best calcium source.” Other good dietary sources of calcium include dark-green leafy vegetables like spinach, kale, and vegetable greens; dry beans; sesame seeds and almonds; oily fish like salmon and sardines; rhubarb; and okra, among others.18

Not All Milk Is Created Equal

As the prevalence of lactose intolerance becomes more widely recognized, people are turning to alternatives to cows’ milk for their dairy fix. In recent years, such substitutes as nut milks, soymilk, hemp milk and rice milk have found a strong market.

Even among animal milks, not all milks are the same. Many people who cannot tolerate cows’ milk are able to drink goats’ milk without trouble. That’s because the fat globules in goats’ milk are about a fifth of the size of those in cows’ milk, among other differences. Similarly, there are distinctive differences in the milk of other animals used by humans worldwide.

Americans may be fixated primarily on cow’s milk, but animals that provide milk for much of the rest of the world include the aforementioned goat as well as sheep, camel, yak, water buffalo, reindeer and elk. Fermented horse milk creates a mildly alcoholic beverage called kumis that is popular in some parts.19 For the adventurous, several non-bovine dairy products are beginning to be available in the United States.20 Choices may become more urgently sought after as questions are surface about the integrity of the commercial dairy industry.

The idea that there is pus in our milk supply would make just about anyone pause before drinking, which is why the idea has taken hold with many “anti-milk” groups. Many claim that the USDA “allows 135 million pus cells in a glass of milk.” Pus, however, is not actually a type of cell at all but a mixture of dead white blood cells, bacteria and dead skin cells. What are being referred to as “pus cells” are somatic cell counts (SCC), which measure the number of white blood cells—a natural byproduct of any animal-based food—in the milk. The USDA allowance for somatic cells amounts up to 750,000 cells/mL, though the national average reported in 2014 was much lower at 206,500 cells/mL.21

According to one dairy farmer defending the integrity of the dairy industry, “Dairy farmers are paid more money for milk that has a low SCC, if our cell count rises above normal levels they will dock the amount we get paid for our milk, if it rises even higher they stop taking our milk and we can’t sell it. So not only do we not want our cows to be sick, it would cost us a lot of money and could cost us our farms if we were to ignore a high SCC.”22

However, while it may be true that white blood cells aren’t an unusual presence in animal products, it is also true that they represent the immune system’s “fighter cells” and their presence may indicate the possibility of infection, so the pus idea isn’t totally out of left field.

What Else Is in Our Milk Supply?

It has been reported that as many as 20 different chemicals including painkillers, antibiotics and hormones were found in samples of milk from Spain and Morocco.23 24 The researchers found that many drugs used to treat illnesses in animals and people turned up in their study, which looked at cow, goat and human breast milk samples and found the greatest contamination in the milk from cows. Saying that the “results highlight how man-made chemicals are now found throughout the food chain,” they surmised that some of the chemicals had been fed to the cows and some had entered the milk supply through contamination on the farm.25

The bottom line is that if you like milk and dairy products, and your system is not upset by them, conventional medical wisdom would say you are doing your body good. However, if milk is not on your dietary must-have list, there are plenty of alternatives for staying healthy and keeping bones strong that are less recognized or disregarded by conventional science.

14 Responses to "Milk: Does It Really Do a Body Good?"