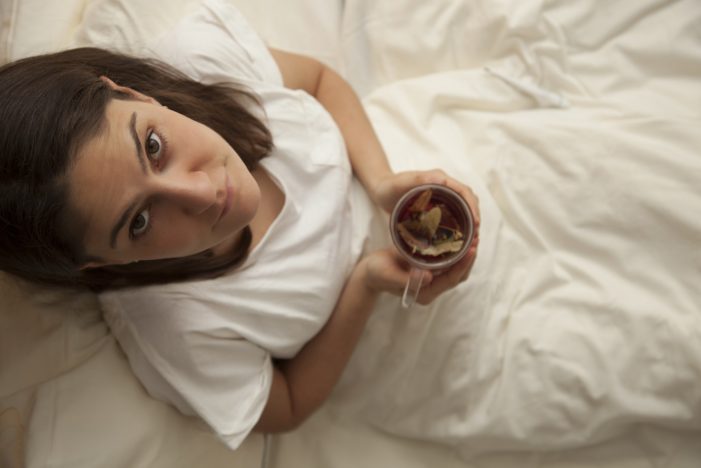 Is it really a myth that you can get influenza from getting a flu vaccine?

It is clear that the answer is “no” when it comes to the live nasal spray influenza vaccine, which has been documented to cause vaccine strain influenza in vaccinated persons that can be transmitted to others.1 The live virus influenza vaccine is no longer recommended because CDC officials have said it is not effective.2

So let’s take a look at the “inactivated” injectable version of the flu shot, which the CDC has also admitted has been less than 50 percent effective over the past 13 flu seasons.3 This “season” (2017-2018), for example, the inactivated influenza vaccine is estimated to be only 10 percent effective.4 In other words, for every 10 people who get the vaccine, nine of them will end up getting sick anyway.

But can the inactivated influenza vaccine actually give you influenza?

According to the Centers for Disease Control and Prevention (CDC), “a flu shot cannot cause flu illness.” The CDC explains:

No, a flu shot cannot cause flu illness. Flu vaccines given with a needle are currently made in two ways: the vaccine is made either with a) flu vaccine viruses that have been ‘inactivated’ and are therefore not infectious, or b) with no flu vaccine viruses at all (which is the case for recombinant influenza vaccine).5

It makes sense that you cannot get influenza from a flu shot that contains inactivated or killed influenza viruses. That part I got. It also makes sense that you cannot catch the flu from an influenza vaccine that contains inactivated or killed viruses.6 After all, if a virus is killed, it means that it is dead, right? That’s why manufacturers state they add formaldehyde to influenza vaccines that are made with viruses—to kill them and, thus, inactivate them so they are incapable of infecting the person who gets the vaccine.

As Josh Martinez wrote in an article in Passport Health, it is the formaldehyde that is the reason it’s a “myth that you can get sick from a flu shot.”7 Martinez added:

Like many vaccines, a flu shot does contain the virus that it is preventing. That’s where formaldehyde comes in, to deactivate the virus and prevent the toxins from causing illness.7

Formaldehyde should do the trick as a virus killer. The U.S. Agency for Toxic Substances and Disease Registry describes formaldehyde as a “highly toxic systemic poison.”9

The problem is that there does not appear to be enough studies to prove how effective formaldehyde really is in inactivating viruses. According to a study published in the journal Viruses in 2015, “published experimental data that demonstrate virus inactivation by these [formaldehyde] fixation procedures are lacking.”10

The study noted that three factors, or “critical parameters,” that determined the effectiveness of using formaldehyde to render a virus inactive. The first is temperature. The second is duration of the formaldehyde treatment. The third has to do with the resistance of the virus. If the temperature used in the process of treating a virus with formaldehyde is too low, then there can be a “high risk of incomplete inactivation.” A higher temperature is more efficient for formaldehyde treatment but it may still be dependent on “long incubation times.”

In short, if a vaccine maker applies formaldehyde to kill viruses in an influenza vaccine but doesn’t do it at a sufficiently high temperature for a long enough period, or if the viruses are unusually “robust,” then it is possible that the viruses may not be fully inactivated—in which case they could still be infectious.

A good example of a flawed viral inactivation was the development of the inactivated polio vaccine (IPV) by Jonas Salk, MD. In an incident known as the “Cutter Incident” in 1955,  about 40,000 children were injected with the Salk IPV and came down with polio. Some 200 of the children were severely paralyzed and 10 of them died. According to an investigative article by Janine Roberts in The Ecologist, “The general consensus was that these cases had been caused by viruses in the vaccine that had survived the formaldehyde.”11

Early on in the development of the Salk “killed” polio vaccine, highly qualified scientists warned that the poliovirus used in the vaccine had not been fully inactivated. Their warnings went unheeded. Scientists such as Wendell Stanley, MD observed that the formaldehyde gave a “tanning” effect to the outer coating of the poliovirus that made the virus appear dead when, in fact, it could be in a suspended state and later be reactivated and become infectious.12 13

Now, what’s all that about a myth again?