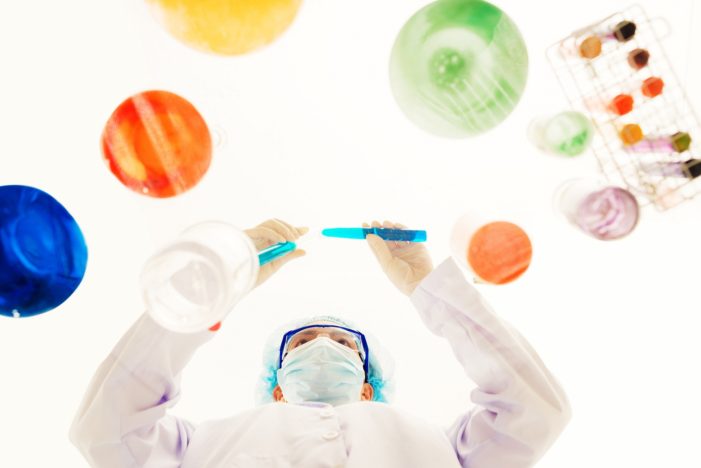 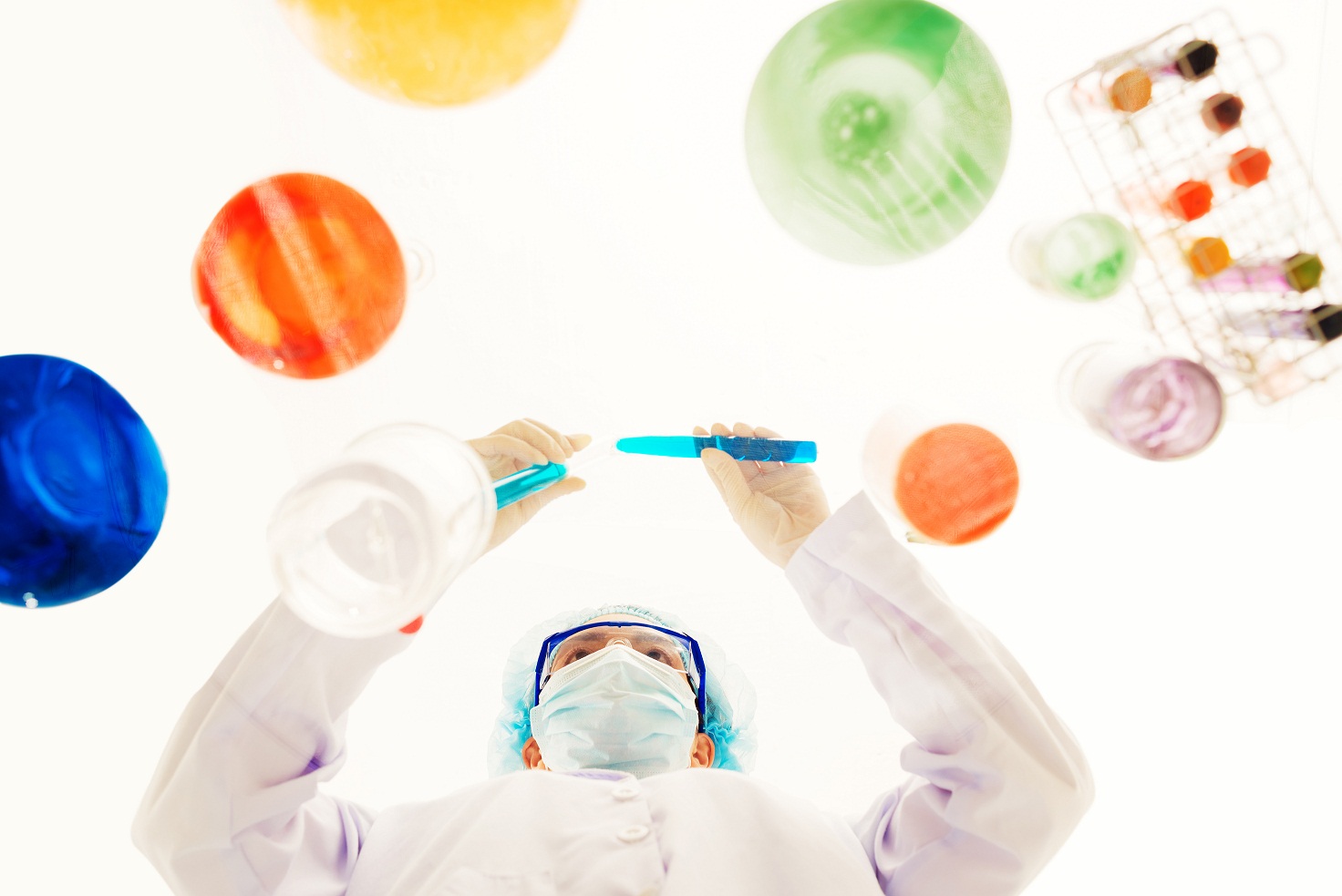 Vaccine ingredients, their side effects and impact on human health have been a topic of debate and discussion for many years. While there has been a lot of publicity about the potential adverse effects of individual ingredients in vaccines, such as mercury and aluminum, it is also important to be aware of the potential synergistic effects of all the combined ingredients contained in each vaccine.

By federal law, vaccine manufacturers must publish a list of vaccine ingredient information in the package insert approved by the U.S. Food and Drug Administration (FDA) that accompanies vials of vaccine sold and provided to doctors’ offices, public health clinics, pharmacies and other places where vaccines are administered. Package inserts are available for all vaccines licensed for distribution in the United States on the FDA website.1 As an example, let’s look at the childhood vaccine Kinrix that is  manufactured by GlaxoSmithKline (GSK).

In 2008, the FDA licensed GSK’s diphtheria and tetanus toxoids and acellular pertussis adsorbed (DTaP) vaccine combined with an inactivated poliovirus (IPV) vaccine known as Kinrix (DTaP-IPV).2 Kinrix is licensed for use in the U.S as the fifth dose of the DTaP vaccine series and the fourth dose of the IPV series in children between the ages of four to six years old whose previous DTaP vaccine doses were Infanrix (DTaP) and/or Pediarix (DTaP-Hepatitis B-IPV) for the first three doses, and Infanrix for the fourth dose.2

Both DTaP and IPV vaccines are recommended in the 2017 Centers for Disease Control and Prevention’s (CDC) childhood vaccine schedule.3

According to the vaccine insert for Kinrix, it is a non-infectious, sterile vaccine to be administered intramuscularly. Each dose includes diphtheria toxoid, tetanus toxoid, inactivated pertussis toxin, pertactin, filamentous hemagglutinin and antigen units of Type 1, Type 2 and Type 3 poliovirus.4

The insert describes how the diphtheria and tetanus toxin is produced:

The diphtheria toxin is produced by growing Corynebacterium diphtheriae in Fenton medium containing a bovine extract. Tetanus toxin is produced by growing Clostridium tetani in a modified Latham medium derived from bovine casein. The bovine materials used in these extracts are sourced from countries which the United States Department of Agriculture (USDA) has determined neither have nor are at risk of bovine spongiform encephalopathy (BSE). Both toxins are detoxified with formaldehyde, concentrated by ultrafiltration, and purified by precipitation, dialysis, and sterile filtration.”4

Some ingredients mentioned above are bovine extract, bovine casein, and formaldehyde. What exactly are these ingredients and what role do they play in the Kinrix vaccine?

The insert goes on to state:

The acellular pertussis antigens (PT, FHA, and pertactin) are isolated from Bordetella pertussis culture grown in modified Stainer-Scholte liquid medium. PT and FHA are isolated from the fermentation broth; pertactin is extracted from the cells by heat treatment and flocculation. The antigens are purified in successive chromatographic and precipitation steps. PT is detoxified using glutaraldehyde and formaldehyde. FHA and pertactin are treated with formaldehyde. Diphtheria and tetanus toxoids and pertussis antigens (inactivated PT, FHA, and pertactin) are individually adsorbed onto aluminum hydroxide.4

Additional ingredients include glutaraldehyde, a disinfectant used as an inactivating agent, and aluminum hydroxide, which is a known neurotoxin used as an adjuvant to hyperstimulate inflammatory immune responses in an effort to make the vaccine effective.7

The inactivated poliovirus component of KINRIX is an enhanced potency component. Each of the 3 strains of poliovirus is individually grown in VERO cells, a continuous line of monkey kidney cells, cultivated on microcarriers. Calf serum and lactalbumin hydrolysate are used during VERO cell culture and/or virus culture. Calf serum is sourced from countries the USDA has determined neither have nor are at risk of BSE. After clarification, each viral suspension is purified by ultrafiltration, diafiltration, and successive chromatographic steps, and inactivated with formaldehyde.4

VERO cells are a lineage of kidney epithelial cells extracted from an African green monkey in 1962 and used as a growth medium for polioviruses in the vaccine.5 8

The description of the production process ends with:

Each 0.5-mL dose contains aluminum hydroxide as adjuvant (not more than 0.6 mg aluminum by assay) and 4.5 mg of sodium chloride. Each dose also contains ≤100 mcg of residual formaldehyde and ≤100 mcg of polysorbate 80 (Tween 80). Neomycin sulfate and polymyxin B are used in the poliovirus vaccine manufacturing process and may be present in the final vaccine at ≤0.05 ng neomycin and ≤0.01 ng polymyxin B per dose.4

Sodium chloride is commonly known as salt used to adjust tonicity in the vaccine.5 Polysorbate 80 is a surfactant used as an emulsifier.5 9 Neomycin and Polymyxin B are antibiotics used as antimicrobials in the vaccine.5

As Americans, we expect and want to believe that the vaccine recommendations being made by public health officials are evidence-based and thoroughly tested for safety; however this is not the case. The Kinrix package insert barely provides any evidence of safety testing of ingredients.

There is a glaring lack of basic science research into the toxic effects of all the ingredients present in Kinrix and other vaccines, including evidence that ingredients have been tested for (1) entry into the body through injection; (2) synergistic toxicity of combined ingredients; and (3) long-term cumulative adverse effects on health.

The argument that such ingredients are harmless simply because they are present in miniscule amounts is not adequate.  The route of entry into the body for these ingredients is never considered during safety testing. The effect of toxins on brain and immune function through ingestion and inhalation is different from injection into a muscle in terms of how it is metabolized through biological processes in the body.10 Yet arguments made to justify the use of many vaccine ingredients focus on how the body processes toxins through ingestion and inhalation rather than injection.11

Secondly, safety testing ignores the synergistic toxicity of all the ingredients combined in the vaccine. Synergism in toxicology refers to the effects of exposure to two of more toxins at the same time that leads to harmful health effects much more severe than the sum of individual ingredients given separately. Since children are usually given more than one vaccine at a time, safety testing of individual ingredients separately is hardly adequate to label a vaccine as safe.12

Lastly, the long-term cumulative effects of the vaccine given in combination with other vaccines in the CDC’s recommended childhood vaccine schedule is overlooked. While small concentrations of particular chemicals used in vaccines may not necessarily lead to acute short-term health effects, chronic long-term effects of repeated exposure to small amounts of various ingredients in all vaccines administered to children have not been thoroughly studied.12

Looking back at the vaccine insert, it states, “KINRIX has not been evaluated for carcinogenic or mutagenic potential, or for impairment of fertility.”4 This statement alone implies that this childhood vaccine has not undergone thorough safety testing.