Intelligent People Who are Stupid About Vaccines? 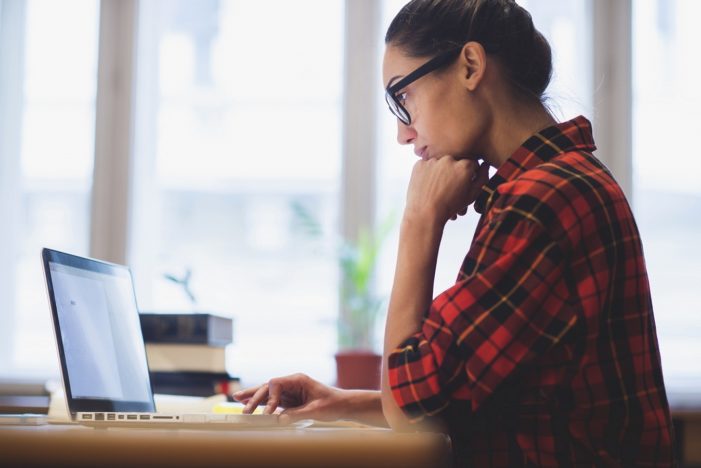 “The more highly skilled and educated populations are clearly questioning vaccinations.” That statement was recently made by Lorraine Baker, MD, president of AMA Victoria—a medical trade association representing doctors in Australia’s southeastern state of Victoria.1  It is not an unusual statement to make when referring to people who veer from mainstream vaccine science orthodoxy—either a little bit or a lot.

In a study published last year in the journal EBioMedicine seeking to gauge the level of confidence in the necessity, safety and effectiveness of vaccines in 67 countries, investigators found that people holding Masters or PhD degrees were “not associated with more positive views on vaccine importance and effectiveness.” People with “no education” had more positive views about vaccination.2

The fact that people, who are educated, trained in critical thinking, and financially solvent, are choosing to do their own research and make independent decisions about vaccination is commonly recognized in the evolving debate on the safety and effectiveness of vaccines and the ethics of mandatory vaccination policies. You can see this theme in numerous media articles with headlines that read:

Of course, this recognition by mandatory vaccination apologists of the high education level and earning power of vaccine dissenters is, curiously, often delivered  as an insult. Beneath the insult lies a subliminal question: “If you are so smart, then how can you be so stupid and disagree with us about vaccination?” It’s a great question.

However, it assumes that the science supporting  the belief that vaccines are safe and effective is rock solid—that those who disagree with the majority view about vaccination are wrong. It assumes that vaccine science “is settled” and cannot or should not be revisited or revised. Both assumptions are entirely up for debate.

Oddly, it is many of those within the mainstream medical and public health communities who adamantly believe they are right on the issue of vaccine science who tend to shy away from looking beyond mandatory vaccination policy and openly debating the continually evolving science. Their preference is to simply shut the door on any contrarian talk by anyone who challenges any piece of the mainstream vaccine paradigm. One must either accept the paradigm in its entirety or risk being labeled a heretic and a danger to the public health, deserving of being punished and banished from civilized society.

The problem is that Dr. Offit’s thought process doesn’t completely square with his own admission that a large portion of those of whom he so dismissive are “upper middle class residents who are college educated, often graduate school educated.” After all, is science really that difficult for intelligent, literate people with curious minds to grasp? There’s a cognitive dissonance to this.10

As Barbara Cáceres wrote in a 2015 opinion piece for The Vaccine Reaction:

Make friends with cognitive dissonance so when you meet it you will recognize it and see it for what it is. Trust yourself. Listen to your gut. Pay attention when something doesn’t seem right.11

At a deep gut level, something definitely feels wrong with the Offit logic.

Dr. Offit is unwilling to accept even the remotest possibility that these millions of smart, well-educated, and financially stable people—those who have succeeded in the American system of education—may be right and that he and others who agree with him may be partially or entirely wrong. It is this kind of arrogance and closed mindedness that leads to the kind cruel bullying that many parents are experiencing from their pediatricians every day when it comes to vaccination of children. As Barbara Loe Fisher of the National Vaccine Information Center (NVIC) has correctly noted:

… mothers, who know their children best, are being bullied, ridiculed and punished if they use their intellect and listen their gut instincts and refuse to violate their conscience when caring for their children.12

It would be one thing if medical doctors like Dr. Offit were “experts” on the complex and wide range of issues involving vaccines, their history, their short- and long-term impacts on the human body and brain, and the ethics of mandatory vaccination laws. They are not.13 14 15

There seems to be no end in sight to the nonsensical belittlement of educated, successful Americans by doctors like Offit. Perhaps it’s simply a sign that doctors and other health care professionals are becoming more aware and concerned that what they’re preaching about vaccines is no longer being taken as gospel by a growing number of parents. As Fisher noted in a recent commentary titled “Class and Race Profiling in the Vaccine Culture War:

They know that more than 90 percent of American parents are asking pediatricians questions about vaccine safety and want to make voluntary vaccine decisions for their children.16

How is it that intelligent, inquiring parents such as these should be seen as anything other than thoughtful, responsible and deserving of respect?

49 Responses to "Intelligent People Who are Stupid About Vaccines?"