What if We Underestimate the Economic Cost of Vaccinating? 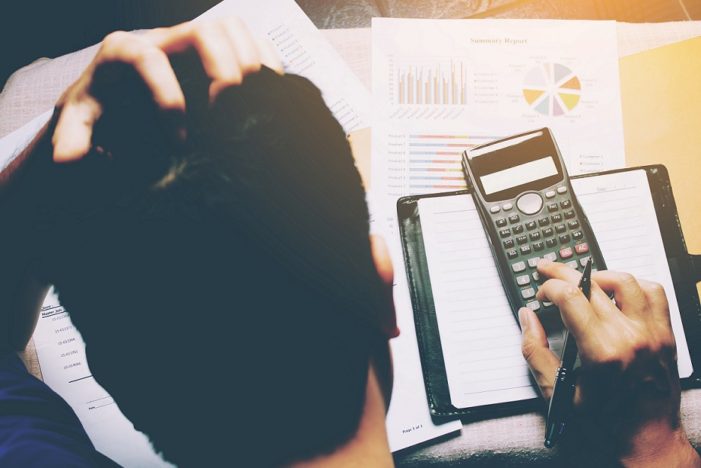 In a study conducted by researchers at the University of North Carolina at Chapel Hill and published in the journal Health Affairs on Oct. 12, 2016, it was estimated that the cost to the U.S. economy of people deciding not to get government recommended vaccines to prevent 10 infectious diseases was $7.1 billion in 2015.1

In their Annual Gates Letter highlighting the work of the Bill & Melinda Gates Foundation released on Feb. 14, 2017, Bill and Melinda Gates appear to have taken the $7.1 billion figure from the Ozawa study and calculated that, “for every dollar spent on childhood immunizations, you get $44 in economic benefits.” According to Mr. and Mrs. Gates, the calculation “includes saving the money that families lose when a child is sick and a parent can’t work.”3 4

If the Gates Foundation has picked up on the findings of the Ozawa study, then it is likely that those findings will be regularly cited for years to come. The idea that opting out from vaccination is a drain on the U.S. economy to the tune of $7.1 billion annually is soon (if not already) going to be become fact rather than a rough estimate based on a study that, by the way, was funded by Merck & Co.1 2—the second largest manufacturer of vaccines on Earth.

The media is definitely playing a leading role in beating this narrative into the public psyche, with headlines such as “Adults Not Getting Vaccinated Cost The U.S. $7.1B In 2015” and “Unvaccinated adults cost America more than $7 BILLION a year, study reveals” and “People Who Don’t Get Vaccinations Cost U.S. Economy $7 Billion a Year”.5 6 7

So, that’s one big economic argument in favor of “no exceptions” mandatory vaccination laws: people choosing not to vaccinate cost the U.S. a lot of money every year—at least $7 billion. But wait a minute. That argument assumes that there is little or no economic cost to vaccinating. In other words, the assumption is that vaccines are completely safe and always effective in preventing disease and that any harm they might cause is so rare, so insignificant, that it’s hardly worth mentioning or worrying about it.

However, what if that mantra is not true? What if vaccines cause a lot more harm, injury, and death than is popularly (although decreasingly so) believed and the costs of vaccinating are greatly underestimated? What if vaccines are, in fact, a primary or contributing factor in causing a host of prevalent chronic brain and immune system disorders and diseases, as well as unexplained deaths?

As I wrote in my article “The Economic Impact of Not Vaccinating? Who the Heck Knows.”8:

Imagine, for the sake of argument, if it was discovered that vaccines were a factor in the onset of autism, asthma, allergies, ADD, ADHD, learning disabilities, Alzheimer’s disease, schizophrenia, multiple sclerosis, SIDS and other diseases, disorders, illnesses, and causes of death. What would the estimate of the economic impact on the U.S. economy be then?

Imagine, indeed. Suddenly, that $7.1 billion figure looks ridiculously small. Take this headline, for example: “Autism’s costs to U.S. economy estimated to top $265 billion for 2015”.9 That article, which highlights a study done by the organization Autism Speaks, reveals that costs to care for individuals with autism could rise to more than $1 trillion by 2025 “if prevalence continues to rise at rates seen over last decade.”9

One TRILLION dollars? And that’s only autism.

Most of the costs were incurred by adults due to productivity and income losses. For children, healthcare and education were the main costs. Costs borne by family members of individuals with ADHD were also included in the total cost estimates.9

How about Alzheimer’s? According to the Alzheimer’s Association, the cost to the U.S. in 2017 of that disease will be $259 billion, and by 2050 the costs could reach $1.1 trillion.”10 (There’s that TRILLION dollar figure again.)

You get the point. Seven billion dollars? Peanuts.

With regard to autism, there are epidemiological studies that dismiss a link between autism and vaccines. However, there are also numerous scientific studies, especially biological mechanism studies, that demonstrate an association between autism and vaccines—at least 130 of them.11 There are also published studies linking vaccines to ADHD,12 and there are studies linking aluminum (an adjuvant in vaccines) to Alzheimer’s.13 14

Last year, I wrote an article titled “A Sick and Unproductive America: The New Norm“. Here’s an excerpt from that piece which highlights perhaps one of the greatest ironies of all time:

The U.S. spends more per capita—$8,713 per person annually—on healthcare than any other country in the world, yet we are increasingly a nation of children and adults who are getting sicker with each year that passes. The public health prognosis for our population is poor and consequently so is the outlook for our economy.15

What is going on?

For all we know, while government officials continue to add more vaccines to the recommended list and the majority of us continue to get vaccinated, thinking we’re doing ourselves and everybody else a world of good, we may be doing the exact opposite. In the process, we could be destroying our health and our economy, on our way to bankrupting our country.

21 Responses to "What if We Underestimate the Economic Cost of Vaccinating?"