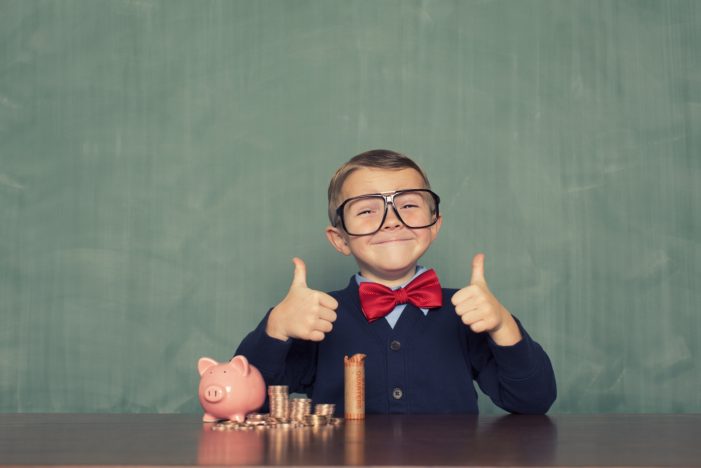 Every year since 2009, Bill and Melinda Gates have written what has come to be known as their “Annual Letter,” which offers insights on how well the work of the Bill & Melinda Gates Foundation is progressing to meet its goals.1 This year’s Gates Annual Letter was released on Feb. 14, 2017, and Mr. and Mrs. Gates addressed it to their close friend and fellow multi-billionaire, financial investor Warren Buffet.2 It was posted on the gatesnotes.com website with a photo of all three framed in a flashing electronic halo.

The Gates’ 2017 Annual Letter focuses on the foundation’s work to promote global health initiatives and contains separate comments made by Melinda and Bill Gates directly to Warren Buffet, who donated nearly $31 billion of his fortune to the Gates Foundation in 2006.3 The letter cites the number 122 million, which is the number of children they believe their foundation has saved since 1990. According to the couple, “Saving children’s lives is the goal that launched our global work.”2

In the letter, Melinda Gates stresses that “reducing childhood mortality is the heart of the work for us.”2 She adds:

Virtually all advances in society—nutrition, education, access to contraceptives, gender equity, economic growth—show up as gains in the childhood mortality chart, and every gain in this chart shows up in gains for society.2

Of all the initiatives undertaken by the Gates Foundation to reduce childhood mortality, however, she points out that the initiative that offers the “best deal within the deal,” or put it another way—the biggest bang for the buck, is vaccines.2

And if you want to know the best deal within the deal—it’s vaccines. Coverage for the basic package of childhood vaccines is now the highest it’s ever been, at 86 percent. And the gap between the richest and the poorest countries is the lowest it’s ever been. Vaccines are the biggest reason for the drop in childhood deaths.2

“They are an incredible investment,” she explains.2 But here is the statement made by her husband that’s a real doozy:

And for every dollar spent on childhood immunizations, you get $44 in economic benefits. That includes saving the money that families lose when a child is sick and a parent can’t work.2

When I read that sentence, I thought, “How on earth did he come up with that number, $44?” Well, it turns out that Bill Gates appears to have calculated the figure from a study led by Sachiko Ozawa, PhD of the University of North Carolina at Chapel Hill, which was published in the journal Health Affairs on Oct. 12, 2016.4 5

In an article by Margaret K. Saunders titled “Economic Benefit of Vaccines Highlighted in 2017 Bill & Melinda Gates Annual Letter,” which was also published recently in Health Affairs, the author cites the Ozawa study and writes:

The problem is that the Ozawa study has some serious flaws. The first one, of course, is the fact that there are huge conflict of interest issues: It was funded by Merck & Co., which was the second largest (by revenue) vaccine maker in the world in 2015, earning $5.9 billion from the sale of vaccines.6 Only Pfizer made more money from vaccines that year, with a total of $6.4 billion in sales.6

Even prior to this study, Dr. Ozawa had led research that had been funded with millions of dollars from Merck and other companies and foundations with a financial interest in the production and sale of vaccines.7

So you have to at least question the factors that motivated and influenced the Ozawa study. This was not an independent and unbiased analysis of the economic impact of vaccination on society.

But the Ozawa study was even more fundamentally flawed than even the identity of its sponsor would suggest: the underlying assumption of the study was wrong.

It estimated the cost to the U.S. economy of people choosing not to vaccinate themselves against vaccine-preventable diseases at $7.1 billion in 2015. It calculated the most expensive disease to be influenza, costing the economy about $5.8 billion in 2015.7

That figure was largely based on the estimate by the Centers for Disease Control and Prevention (CDC) that 42 percent of adults in the U.S. over 18 years old got the influenza vaccine during 2015-2016, resulting in about 17 million cases of the flu.7

As I pointed out in an opinion piece I wrote about the Ozawa study last year:

The assumption here seems to be that most, if not all, of those 17 million flu cases could have been prevented had the remaining 58 percent of adults gotten their flu shot—an extremely shaky assumption, given that even the CDC admits flu shots fail half the time.7

That assumption is far from accurate. Barbara Loe Fisher, co-founder and president of the National Vaccine Information Center (NVIC), pointed out in 2016 that U.S. public health officials have determined that influenza vaccines have failed to protect vaccinated children and adults from getting type A or B influenza more than half the time during the past decade. In fact, effectiveness of the flu vaccines on adults over 65 years of age in 2012-2013 was measured to be nearly zero and the vaccine’s effectiveness was “unexpectedly low” for the influenza A strain among older children compared to other age groups—and ”especially for those who had gotten previous annual flu shots.”7 8

Further, public health officials also found that people who were more likely to report that their general health status was “excellent” were those who remained unvaccinated.7 8

In short, the Ozawa study was an interesting exercise, but the numbers it generated were bogus. There is no way to accurately gauge the economic impact of not vaccinating, because there is no way to know for sure how many people would have contracted an infectious disease and experienced complications that incurred costs to society had they not been vaccinated. There is also no way to know for sure how many times vaccines fail to protect people who do get vaccinated and still get infected and, even though they show few or no symptoms of illness, transmit infections to vaccinated and unvaccinated people. Pertussis (whooping cough) vaccine is an excellent example.9

Inaccurate assumptions are dangerous and lead to bogus numbers and faulty conclusions. The evidence demonstrates that some people get vaccinated and do not get sick, but others do. Some people remain unvaccinated and do not get sick, while others do. There are many reasons for why individuals get sick or remain healthy. Vaccines may have little or absolutely nothing to do with the overall health of individuals or populations.

On the contrary, vaccines may well contribute to the growing epidemic of chronic diseases and disabilities in our country, especially among children and young adults. Imagine, for the sake of argument, if it was discovered that vaccines were a factor in the onset of autism, asthma, allergies, ADD, ADHD, learning disabilities, Alzheimer’s disease, schizophrenia, multiple sclerosis, SIDS and other diseases, disorders, illnesses, and causes of death.

What would the estimate of the economic impact on the U.S. economy be then?

16 Responses to "The Economic Impact of Not Vaccinating? Who the Heck Knows."