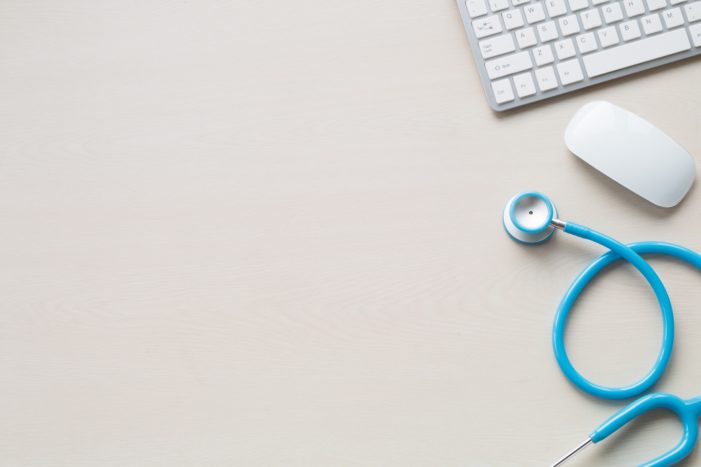 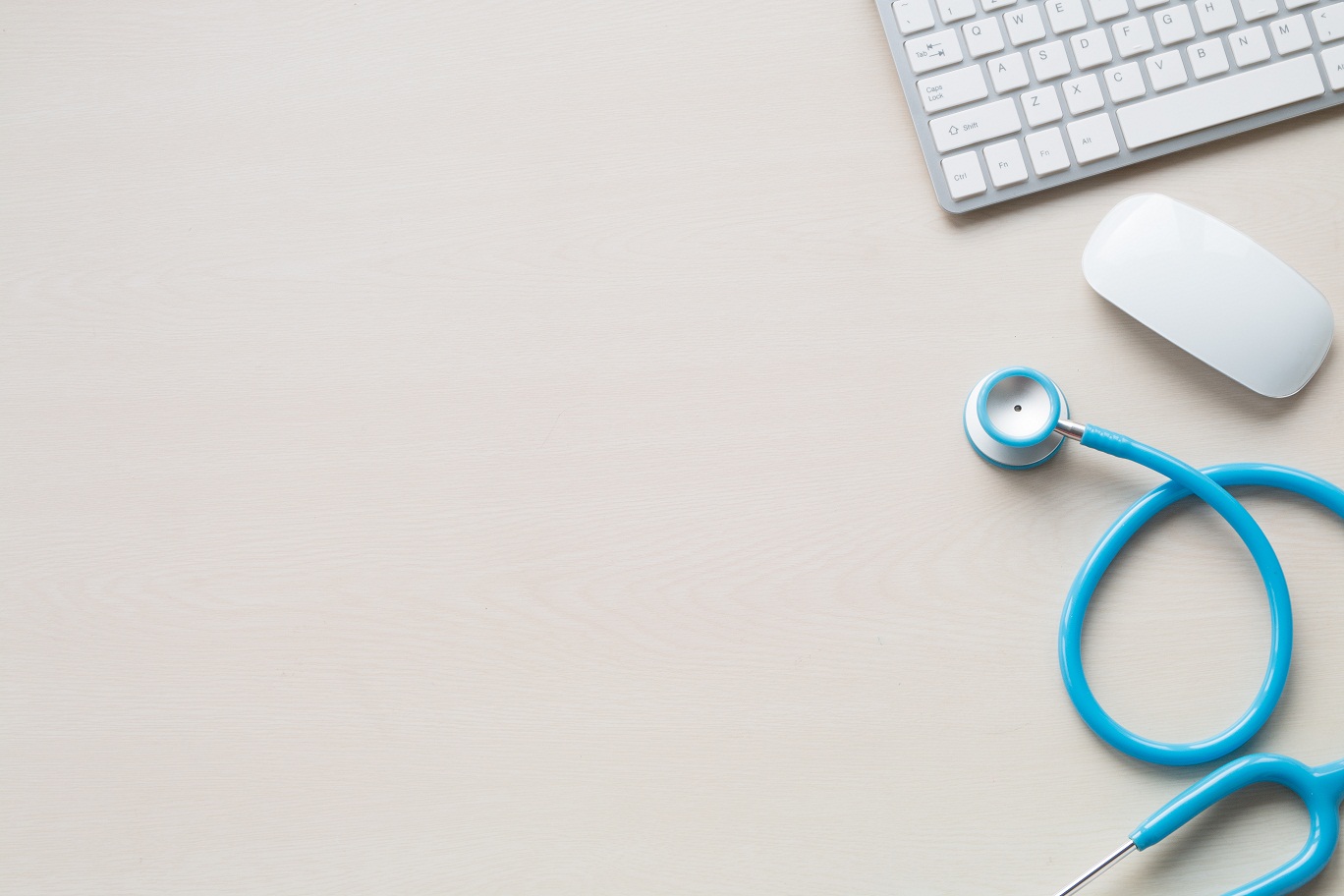 On January 6, 2017,  an article by Daniel Neides, MD, the CEO and medical director of Cleveland Clinic Wellness Institute, was published on a website associated with the Cleveland Clinic, in which the doctor asked questions and expressed concerns about the safety of vaccines and the government recommended early childhood vaccine schedule.1

In the article, Dr. Neides explained that he elected to get a Thimerosal-free influenza vaccine this year because he wanted to followed recommendations of the Centers for Disease Control (CDC) but he did not want to be injected with a vaccine containing the mercury-based preservative. He said he was disappointed to find out that, although the flu shot he received did not contain mercury, it did contain formaldehyde, which is a known carcinogen. He also described how, about twelve hours after receiving the flu shot, he began feeling sick and developed a severe cough and body aches, resulting in two missed days of work.1

He went on to ask, “Why are we so sick in 2017 despite the best access to healthcare?”1 He expressed deep concern about the plethora of toxic chemicals that we breathe, consume through food, that seep into our skin from using toxic textiles and personal care products and through injection via vaccines that contain mercury preservatives and aluminum adjuvants.1

Toxins accumulate in our fat cells if they are not eliminated and interrupt normal bodily functions. Your body should be a finely tuned machine with all of the organ systems working in concert together. But when toxins disrupt normal function, problems can occur. Those problems include cancers, auto-immune diseases, neurologic problems like autism, ADHD, and Parkinson’s disease, and the most prevalent chronic diseases like obesity, diabetes, and heart disease.1

Dr. Neides also talked about his frustration that questions regarding the ever increasing prevalence of autism spectrum disorders among children have not been answered by health officials. He stated:

Does the vaccine burden—as has been debated for years—cause autism? I don’t know and will not debate that here. What I will stand up and scream is that newborns without intact immune systems and detoxification systems are being over-burdened with PRESERVATIVES AND ADJUVANTS IN THE VACCINES. The adjuvants, like aluminum—used to stimulate the immune system to create antibodies—can be incredibly harmful to the developing nervous system.”1

He wrote that he believed vaccines can be beneficial when used properly, but questioned the timing and numbers of vaccinations in the CDC’s recommended childhood vaccine schedule.1

In his article, Dr. Neides expressed the opinion that everybody must take individual responsibility and action to minimize toxic exposure to their bodies and suggested one way that can be done is to read the labels of foods, cosmetics and personal products, as well as researching vaccine ingredients. His advice to people is never to assume any product is safe just because it is legally sold.1

Uproar From the Medical Community Attacking Dr. Neides for Expressing an Opinion

Not long after Dr. Neides published an opinion about vaccine safety and it was publicized in other newspapers, his colleagues at the Cleveland Clinic and medical professionals around the country reacted to the story by attacking him. They condemned him for spreading “dangerous misinformation.” In fact, some doctors called on the clinic to either terminate or discipline Dr. Neides, while others demeaned his professional ability and credibility as a physician.2

A couple of days later, the Cleveland Clinic released the following statement distancing itself from Dr. Neides’ comments:

Harmful myths and untruths about vaccinations have been scientifically debunked in rigorous ways. We completely support vaccinations to protect people, especially children who are particularly vulnerable. Dr. Neides published his statement without authorization from Cleveland Clinic. His views do not reflect the position of Cleveland Clinic and appropriate disciplinary action will be taken.3

The Clinic also issued a statement in which Dr. Neides expressed “regret” for publishing his opinion:

I apologize and regret publishing a blog that has caused so much concern and confusion for the public and medical community. I fully support vaccinations and my concern was meant to be positive around the safety of them.3

Dr. Neides’ op-ed post has stirred up conversation about whether physicians should have freedom of speech when it comes to expressing opinions about vaccine safety. Many medical doctors have accused Dr. Neides of using his physician credentials to engage in “anti-vaccine” rhetoric. However, an objective review of the opinion that Dr. Neides expressed does not indicate he takes an “anti-vaccine” position but, rather, a pro-education and pro-vaccine safety position.

In his opinion, Dr. Neides focused his criticism on the safety of certain vaccine ingredients and the CDC’s recommended childhood vaccine schedule. In fact Dr. Neides clearly states in his article:

So let me be clear—vaccines can be helpful when used properly. But the vaccination timing and understanding one’s epigenetics (how your genes interact with the environment) are all critical to our risk of developing chronic disease. Please talk to your doctor about the optimal timing of vaccinations for your children, and therefore reduce your risk of raising a child with a neurologic complication.1

Since science is a not a static body of knowledge but rather a dynamic, on-going investigation and reconfiguration of knowledge, it is fair to say that science is never “settled.” The majority of published scientific studies addressing vaccine safety and effectiveness have neither been rigorous nor exhaustive.4 Why shouldn’t physicians have the freedom to express opinions critical of vaccine safety science and vaccine policies, just as physicians have the freedom to express concerns about the safety of over-the-counter medications and overuse of prescription drugs?

Dr. Neides concerns about the safety of vaccine ingredients are legitimate. Many ingredients used in vaccines that are injected into the body have not been tested for safety on human health over the long-term or for synergistic negative effects when interacting with other vaccine ingredients. Some of the ingredients in vaccines include polysorbate 80,5 phenol,6 borax,7 calcium chloride,8 monosodium glutamate,9 formaldehyde,10 etc.

Additionally, Dr. Neides is not the first doctor in the medical community to ask questions about the safety of the federally recommended early childhood vaccine schedule. In 2013, a report released by a committee of physicians appointed by the Institute of Medicine (IOM), The Childhood Immunization Schedule and Safety: Stakeholder Concerns, Scientific Evidence and Future Studies, revealed the weakness of the firm position that the CDC, American Academy of Pediatrics (AAP) and American Association of Family Physicians (AAFP) take with respect to safety of the childhood vaccine schedule. The report was published after IOM conducted a comprehensive review of the medical literature for scientific evidence related to the safety of the CDC’s vaccine recommendations for infants and children through age six.11

First, the concept of the immunization “schedule” is not well developed in the scientific literature. Most vaccine research focuses on the health outcomes associated with single immunizations or combinations of vaccines administered at a single visit. Even though each new vaccine is evaluated in the context of the overall immunization schedule that existed at the time of review, individual elements of the schedule are not evaluated once it is adjusted to accommodate a new vaccine. Key elements of the immunization schedule—for example, the number, frequency, timing, order, and age at the time of administration of vaccines—have not been systematically examined in research studies.11

In a January 2013 press release, the National Vaccine Information Center (NVIC) endorsed three of five recommendations made by the physician committee in the IOM report and noted that there were a number of chronic diseases and disabilities affecting children that had not been studied in relationship to the childhood vaccine schedule:

Frequently citing a lack of enough quality scientific studies in the report, the IOM committee was unable to determine whether the numbers of doses and timing of federally recommended vaccines children receive in the first six years of life are – or are not – associated with health problems in premature infants or the development of chronic brain and immune system disorders in children, including asthma, atopy, allergy, autoimmunity, autism, learning disorders, communication disorders, developmental disorders, intellectual disability, attention deficit disorder, disruptive behavior disorder, tics and Tourette’s syndrome, seizures, febrile seizures and epilepsy.12

NVIC also pointed out that the IOM committee discovered, “No studies have compared the differences in health outcomes that some stakeholders questioned between entirely unimmunized populations of children and fully immunized children. Experts who addressed the committee pointed out that existing research has not been designed to test the entire immunization schedule.”12

The 2013 IOM report acknowledged that vaccine safety has not been made a high enough priority for federal health officials:

The childhood immunization schedule may become more complex over time as scientific advances are made and new vaccines are developed. Feasible research approaches to study potential adverse health outcomes will emerge only with a sustained and substantial federal commitment to research on vaccine safety.11

Physicians Have a Duty to Speak Up

Physicians are at the center of making sure that the health care system is being operated with integrity and that people can trust the recommendations that health officials make about using pharmaceutical products like vaccines. Pediatricians and other doctors providing medical care observe how patients react to prescription drugs, vaccines and other medical interventions.

If a doctor has good reason to believe that the safety of a vaccinee or a vaccine policy is not what it should be, that doctor has a professional and moral responsibility to do the right thing and speak up. Doctors should not be silenced or punished by their colleagues for exercising freedom of speech and publishing a dissenting opinion about vaccination that challenges the status quo.