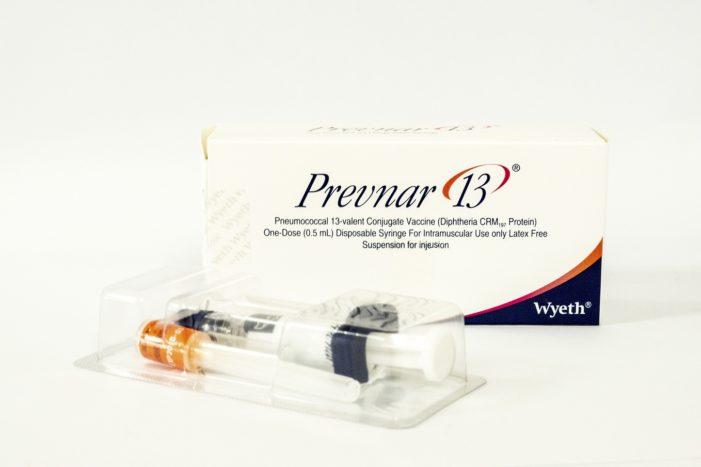 Former U.S. Secretary of State and current Democratic candidate for the U.S. Presidency Hillary Clinton is reported to be recovering from a bout of bacterial pneumonia.1 2 According to Clinton’s doctor, Lisa Bardack, MD, Secretary Clinton is currently  being treated with the oral fluoroquinolone antibiotic Levaquin (Levofloxacin).2

Dr. Bardack, who serves as chair of internal medicine at CareMount Medical in Mount Kisco, NY, has also stated that Secretary Clinton was “up to date” on her pneumonia vaccines—both Prevnar and Pneumovax.3  It is unclear when Secretary Clinton received the vaccines. According to The Washington Post, Secretary Clinton also had a sinus and ear infection in January 2016, which required the insertion of a myringotomy tube in her left ear.4

The Prevnar 13 pneumococcal 13-valent conjugate vaccine, was approved by the U.S. Food and Drug Administration (FDA) in 2010 to prevent pneumonia and invasive disease in infants over six weeks old, children and adults and for prevention of otitis media (ear infection) in children up to five years old caused by 13 strains of Streptococcus pneumoniae.5 Prevnar 13 is manufactured by Wyeth Pharmaceuticals, formerly a subsidiary of Lederle Labs/American Cyanamid, and now a subsidiary of Pfizer.

In 2000, the FDA licensed the first vaccine for invasive pneumococcal disease, Prevnar 7, and expanded that approval in 2002 to include prevention of otitis media in infants and toddlers.6 The Pneumovax 23 pneumococcal polyvalent vaccine, approved by the FDA in 2009, is a 23-strain vaccine produced by Merck & Co for persons over 50 years old or for children over two years old at increased risk for pneumococcal disease.7

Prevnar 7 was replaced by Prevnar 13 in 2010 because other strains of pneumococcal had become more prevalent between 2000 and 2008 after widespread use of Prevnar 7 by infants and toddlers between two and 18 months old, which resulted in more severe antibiotic resistant invasive pneumococcal and otitis media infections in the U.S.13