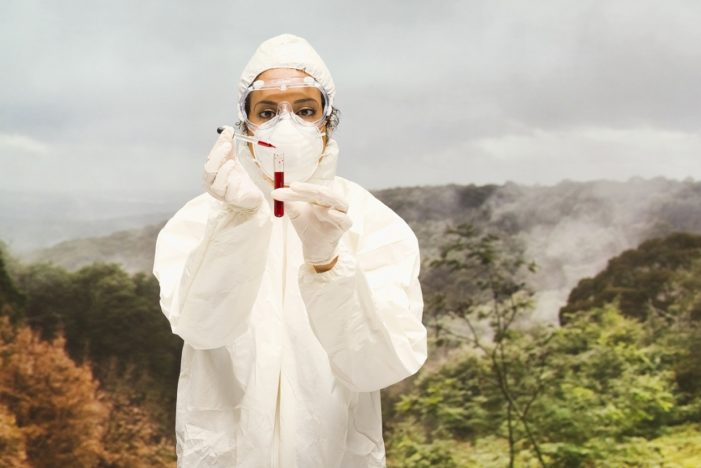 The following is the first in a series of two articles on the Rasmussen, Jamieson, Honein & Petersen paper used by the Centers for Disease Control and Prevention to confirm a causal link between the Zika virus and the neurological birth defect known as microcephaly. The second article is “CDC’s Rasmussen Paper on Zika and Microcephaly: Poor Case for ‘Smoking Gun”.

On Apr. 13, 2016, the U.S. Centers for Disease Control and Prevention (CDC) confidently announced that its scientists had concluded that, “after careful review of existing evidence,” the Zika virus was indeed “a cause of microcephaly and other severe fetal brain defects.”1

The CDC attributed its confirmation of a causal link between Zika and microcephaly to a paper written by Sonja A. Rasmussen, MD, Denise J. Jamieson, MD, MPH, Margaret A. Honein, PhD, MPH, and Lyle R. Petersen, MD, MPH and published in the prestigious New England Journal of Medicine (NEJM) titled “Zika Virus and Birth Defects—Reviewing the Evidence for Causality“.6 All four researchers are CDC employees.

Dr. Rasmussen is the director of the CDC’s Division of Public Health Information Dissemination and editor-in-chief of the agency’s Morbidity and Mortality Weekly Report.7 Dr. Jamieson is the chief of the Women’s Health and Fertility Branch in the Division of Reproductive Health.8 Dr. Honein is the chief of the Birth Defects Branch at the National Center on Birth Defects and Developmental Disabilities.9 Dr. Petersen is the director of the Division of Vector-Borne Diseases at the National Center for Emerging and Zoonotic Infectious Diseases (NCEZID)10

The Rasmussen, Jamieson, Honein & Petersen paper affirms just about everything the CDC says and does with regard to the Zika issue. The importance of the study cannot be overstated, at least from the CDC’s position. TIME magazine quoted CDC director Tom Frieden, MD as saying:

This is a study that marks a turning point in the outbreak. It is now clear, the CDC has concluded, that Zika does cause microcephaly. … There is still a lot that we don’t know, but there’s no longer any doubt.4

Dr. Frieden comes across as being as definitive as he can be on the Zika-microcephaly link. He hasn’t allowed himself much wiggle room in the event that he and the CDC researchers are shown to have been overly anxious to make the connection and, in their haste, may have missed something along the way.

If the Rasmussen, Jamieson, Honein & Petersen paper’s conclusion is correct, then the hundreds of millions of dollars (perhaps eventually billions) the U.S. government and international health organizations like the World Health Organization (WHO) are in the process of spending on Zika research and the development of a vaccine against the virus will be generally viewed as worth the investment.

If, however, the report’s conclusion is incorrect, then Dr. Frieden will have serious egg on his face and would likely face calls for his resignation, and the credibility and reputation of the CDC will be tarnished infinitely more than it was following the Swine flu debacle in 197611 and the Ebola virus scare in Texas in 2014.12 13 14

Note that there have been several studies and reports that are at variance with the Rasmussen, Jamieson, Honein & Petersen paper.

First, there was report by the Latin American Collaborative Study of Congenital Malformations (ECLAMC). The authors of the report, researchers Jorge Lopez-Camelo and Ieda Maria Orioli, wrote in their summary that they were unconvinced of the Zika-microcephaly connection in Brazil.

In summary, when we ask ourselves if there is a microcephaly epidemic in Brazil, or if there is a causal relationship between maternal infection with the [Zika virus] and children born with microcephaly, we face problems in all epidemiological steps to clarify the Rumor.15

Then there was the report by Médicos de Pueblos Fumigados (Physicians in the Crop-Sprayed Villages), or MPF, of Argentina which linked the microcephaly cases in Brazil to the pyridine-based pesticide Pyriproxyfen, not Zika. According to the report:

A dramatic increase of congenital malformations, especially microcephaly in newborns, was detected and quickly linked to the Zika virus by the Brazilian Ministry of Health. However, they fail to recognise that in the area where most sick persons live, a chemical larvicide producing malformations in mosquitoes has been applied for 18 months, and that this poison (pyriproxyfen) is applied by the State on drinking water used by the affected population.16

The report cited an association of doctors and health researchers in Brazil called the Asociación Brasileña de Salud Colectiva (Brazilian Association for Collective Health), or ABRASCO,17 which confirmed18 19 that the widespread use of chemicals in Brazil was “contaminating the environment as well as people,” and that the fumigation strategy was a “commercial manoeuvre” by the international chemical industry “deeply integrated into Latin American ministries of health as well as WHO and [the Pan American Health Organization].”16

A small study involving 151 patients who tested positive for Zika was performed by neurologist Maria Lucia Brito Ferreira, MD of Restoration Hospital in Recife, Brazil. Only six, or four percent, of the patients developed neurologic symptoms consistent with autoimmune disorders affecting the central nervous system. That means that 96 percent of the patients did not experience brain problems.20 According to Dr. Brito:

Much more research will need to be done to explore whether there is a causal link between Zika and these brain problems.21

On June 22, 2016, New England Complex Systems Institute (NECSI) of Cambridge, MA issued a report raising questions about a causal link between the Zika and microcephaly. The report cited a Colombian study of 11,944 pregnant women which found no cases of microcephaly. That study was supported by the Colombian National Institute of Health and the CDC.22  According to NECSI:

In light of this evidence, NECSI says the cause of microcephaly in Brazil should be reconsidered. One possibility that has been raised is the pesticide pyriproxyfen, which is applied to drinking water in some parts of Brazil to kill the larvae of the mosquitos that transmit Zika.23

An article was published in the The BMJ (originally known as the British Medical Journal) on Aug. 11, 2016 titled “Brazil to Investigate If Other Factors Act With Zika to Cause Congenital Defects.”24  In it, author Cláudia Collucci writes:

… scientists in Brazil have been puzzled by the fact that cases of congenital Zika syndrome have clustered in the north east part of the country, and that the expected surge in cases elsewhere in the country has not happened. … Of the 1749 confirmed cases of microcephaly or other central nervous system birth defects, 85% were concentrated in the north east…24

Collucci quotes Fatima Marinho, who is the coordinator of epidemiological analysis and information at the Brazilian Ministry of Health, as saying:

We started to think that in this area [northeast] maybe something more than Zika is causing this intensity and severity.24

The Brazilians appear to sense that blaming the Zika virus for the supposed spike in microcephaly cases during the past year doesn’t add up. Why would there be such a huge concentration of microcephaly in one region of the country when Zika can be found throughout Brazil?

The Brazilian government, unlike the CDC, may finally be waking up to the likely possibility of environmental factors being the cause. Brazil’s northeast region is the fastest economically developing area of the country. Enforcement of environmental regulations—when they exist at all—is lax. Lots of industrial and agricultural chemicals are used. Lots of pesticides, larvicides, and herbicides, including the highly toxic Agent Orange.25 26

Remember all those Agent Orange babies in Vietnam?27

12 Responses to "CDC Bets Farm on Zika Based on Conclusion of Rasmussen, Jamieson, Honein & Petersen Paper"