Many Doctors Vaccinate Out of Fear 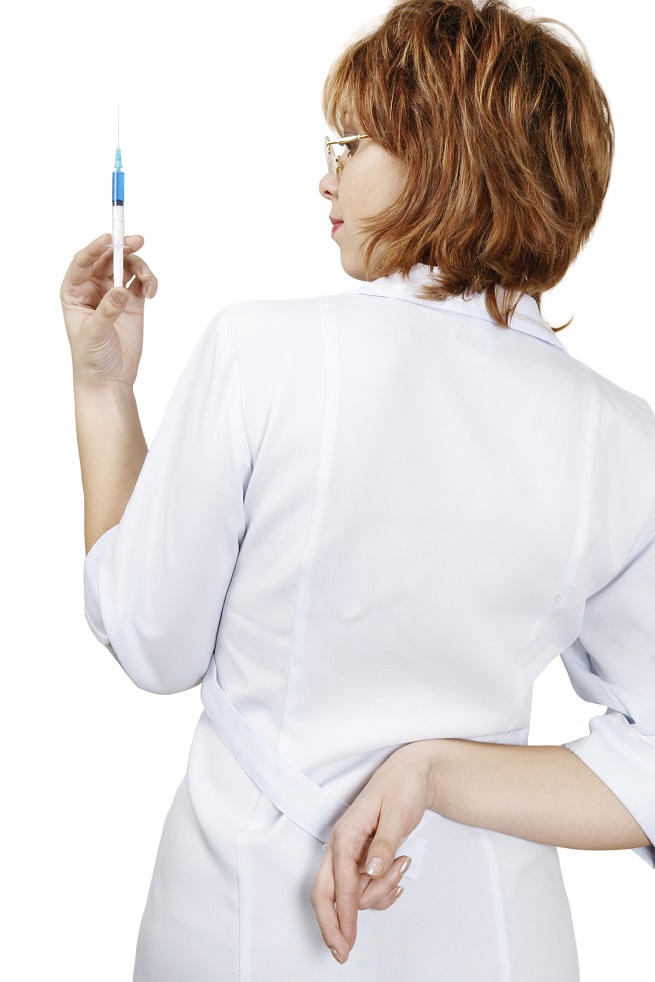 I feel sorry for many doctors. I really do. It must be a terrible thing to live and work in fear. Now, don’t get me wrong, I’m not talking about the fear of making a mistake and harming your patient, as in the following observation by Danielle Ofri, MD:

Every doctor can tell you of times when she or he was terrified; most can list more episodes than you might wish to hear. This fear of making a mistake and causing harm never goes away, even with decades of experience. … It may be sublimated at times, it may wax and wane, but the fear of harming your patients never departs; it is inextricably linked to the practice of medicine.1

I can understand that version of fear. That’s a good, normal kind of fear, because it demonstrates that you’re concerned about the welfare of your patients and want to make sure you do everything right for them. It’s a noble fear that guides you to be ever careful and thoughtful.

No, the fear I’m talking about is the fear that many doctors have about speaking their mind when it comes to controversial issues such as vaccination. Retired neurosurgeon Russell Blaylock, MD often mentions in his lectures how he encounters doctors who either do not agree with the recommended schedule of vaccines or have some serious problems with mainstream vaccine science. He notes how hesitant the doctors are to make their views known in public for fear of being labeled quacks by their peers or their employers and risk endangering their reputations and careers.

Even if they are not fans of vaccines, many doctors give vaccines out of fear. They do not want to question authority or challenge professional organizations and licensing bodies, such as state medical boards, the very organizations that develop and enforce vaccines mandates. From the very beginning of medical education, bright, aspiring medical students, interns and residents are taught to do as they are told, follow orders and not confront the status quo. Doctors-in-training who challenge the system or dare to think independently are often punished with more work or publicly humiliated in front of their peers. Early on, they get the message they better tow the Party Line if they want to survive. Later, when in their individual practices, doctors who buck the system and don’t vaccinate, or vaccinate less aggressively, often suffer penalties such as losing hospital privileges, being dropped from insurance company rosters or being ostracized by their peers.2

There exists a tendency within medical trade associations and the corporate media to look with suspicion at any doctor who is not fully and enthusiastically onboard with today’s mainstream vaccine orthodoxy. This includes pro-vaccine pediatricians Bob Sears, MD and Jay Gordon, MD, who prefer to work with parents when it comes to how and when to vaccinate children. These doctors are more willing to listen to parents and engage in shared decision making when it comes to protecting the health of individual children, and that kind of flexibility is something that is generally frowned upon by the medical trade associations and the media.

Doctors such as Sears and Gordon are not considered to be “hardcore” enough when it comes to strictly implementing federal vaccine policy because they adhere to the well established medical ethic of respecting the informed consent rights of parents making difficult medical risk decisions on behalf of minor children. Just because Drs. Sears and Gordon respect parents’ informed consent rights when it comes vaccine risk taking, they are slapped with the derogatory “anti-vaxxer” label by some of their peers and the media—a label that can carry harsh repercussions, including editorial calls for them to have their medical licenses revoked or at least suspended.3

State medical boards are notoriously toothless but doctors speaking out against vaccination in the midst of an ongoing outbreak should be investigated, warned, and censured. They should have their licenses suspended until undergoing 150 hours of continuing medical education on public health and infectious diseases.3

Drs. Sears and Gordon are among the relatively few physicians who have publicly displayed a considerable degree of fearlessness when it comes to being honest and outspoken about their views on vaccine safety issues and defending the right to informed consent to vaccination, regardless of the consequences. But they’re only human, and it can’t be easy to suffer discrimination and harassment for defending an ethical principle that should be an inviolable part of standard of care provided by all doctors to all patients making medical decisions, including parents making vaccine decisions for their children.

Then, of course, there are the doctors who readily and openly admit their fear of taking on the powers that be when it comes to vaccines. Perhaps the best example of this is John Abramson, MD of Harvard Medical School and author of the book Overdosed America: The Broken Promise of American Medicine.4

At a recent lecture he was giving, Dr. Abramson was asked the following question by a member of the audience:

I’d like you to share your opinion on the current push toward compulsory vaccination, in absence of clinical trials, and in violation of the Nuremberg Code?5

I would have to take the coward’s way out. I can’t talk on that issue. The pharmaceutical industry watches everything I do, and if I take a stand that I can’t defend… But the bottom line is that I think, what the science is, is incomplete. There is no question about it. And the politics of it, as the way it’s done, as a legal matter, and the inability of people who are injured by vaccines to sue for compensation, preventing plaintiffs’ lawyers from getting to the scientific data, it’s big problems. And, uh, that’s really call I can say. Because again, everything I say in public, uh, is well read. So I apologize.5

Pretty much says it all.

12 Responses to "Many Doctors Vaccinate Out of Fear"