What Would Jesus Do About Measles? 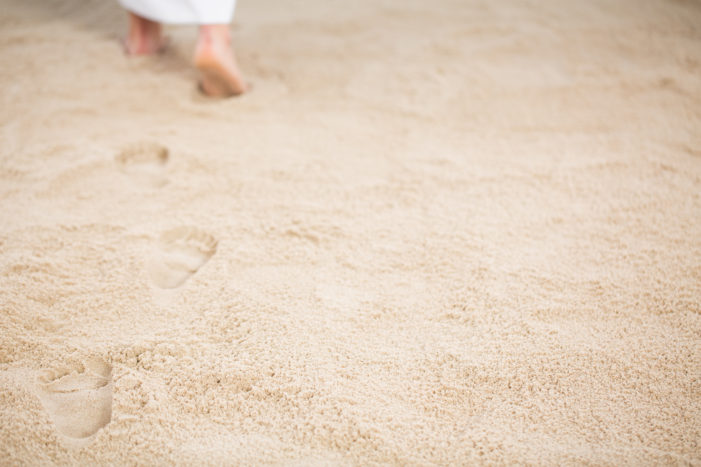 On Feb. 10, 2015, The New York Times published an Op-Ed piece by Dr. Paul Offit titled “What Would Jesus Do About Measles?.”1 The thrust of the article holds that allowing parents to choose not to vaccinate their children against measles on the basis of religious belief would be akin to child abuse, and thus would be something Jesus of Nazareth would’ve disdained.

Dr. Offit writes: “At the time of Jesus, around 4 B.C. to 30 A.D., child abuse was the ‘crying vice’ of the Roman Empire. Infanticide and abandonment were common. Children were property, no different from slaves. But Jesus stood up for children. In Matthew 25:40, he said, ‘Verily, I say unto you, Inasmuch as ye have done it unto one of the least of my brethren ye have done it unto me’—a quote that could be emblazoned onto the entranceway of every children’s hospital in the world.”1

Of course, the problem with Dr. Offit’s reasoning is that it assumes that allowing children to catch measles and allow their God-given immune system to fully engage and ultimately give them life-long immunity to the disease is somehow abusive. He assumes that doctors and scientists and pharmaceutical companies have come up with a clever way to improve on God’s creation and allow the human immune system to effectively stave off infectious diseases—as if those diseases were not also another one of God’s inventions, probably designed to occasionally test and strengthen the immune system to enable humanity to thrive.

Dr. Offit is at least insinuating that God didn’t quite get the human immune system right, and that it’s a good thing that doctors and scientists and pharmaceutical companies came along in the 19th and 20th centuries to improve on his work, or correct it. Dr. Offit is also either suggesting that the Creator of the Universe blew it when he came up with infectious diseases such as measles or that such diseases are an accident, a freak of nature that somehow managed to slip by The Almighty.

In his piece, Dr. Offit notes that during the 4th century, during the time of the first Holy Roman Emperor, Constantine the Great, laws were passed “protecting children from abuse and poverty,” and that… “Christian monasteries became prototypes for modern-day hospitals. And missionaries brought medicine to the four corners of the earth in Jesus’ name.”1

There’s Dr. Offit’s  second problem. He assumes that hospitals are exempt from abusive practices and that “medicine” is  always a good thing. Both assumptions are false. We now know, for example, that medical mistakes in hospitals account for up to 440,000 deaths in the United States annually,2 and that about 128,000 people in the US die each year from prescription drugs.3 That’s an awful lot of abuse. Wonder what Jesus would have said about that.

Dr. Offit closes his article with: “Parents shouldn’t be allowed to martyr their children—or in this case, those with whom their children have come in contact. Religious exemptions to vaccination are a contradiction in terms. In the good name of all religions, they should be eliminated.”1

There’s the third problem. Dr. Offit assumes that by choosing not to vaccinate their children against measles, parents are passing some sort of death sentence on their kids, or on those kids with whom they associate. He assumes that measles is a deadly disease in the U.S., which, by and large, it isn’t. The Centers for Disease Control (CDC) has confirmed that no one has died of measles in the U.S. since 2003.4

Jesus of Nazareth was reported to have said many things in the four canonical Gospels, and a fair amount of it having to do with children. There is much in the Gospels, and indeed both the Hebrew and Christian scriptures, that pertains to how we should treat our children, and try to be more like them.

But there is also a lot about parents, starting with the 5th commandment: “Honor your father and your mother.”5

And as to the idea that parents should simply obey legislators, public health officials, scientists and physicians, and willingly, faithfully hand over their religious exemptions without a fight, well… there is the Big One: “You shall have no other gods before me.”5