Do You Know What’s In Your Vaccines? 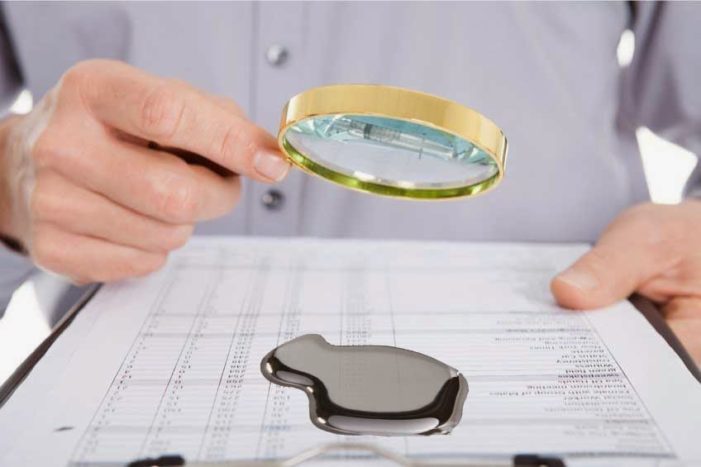 Forget for a moment that government and physician recommended vaccines contain lab altered bacteria and attenuated viruses causing the infections you are trying to avoid contracting. It is important to learn more about the additives and other ingredients in vaccines, including animal DNA and chemicals and heavy metals. In the day and age when many children are suffering with severe food allergies and other kinds of chronic health problems, parents are paying closer attention to what they feed their babies and taking steps to limit toxic exposures. Reading the vaccine manufacturer package insert is an essential part of making an informed vaccination decision for yourself or your child.

The vaccine package insert lists vaccine ingredients like gelatin, egg protein and antibiotics, all of which can cause an allergic reactions in susceptible people. However, there are many more ingredients in vaccines that have not been fully evaluated for their potential adverse effects on human health, particularly when given in combination and repeatedly injected.1 2 The mercury preservative, Thimerosal, and the vaccine adjuvant, aluminum, are two controversial ingredients in vaccines that have been in the news for the past decade.3

Thimerosal, a Mercury Preservative in Vaccines

One of the well-known contentious debates about the safety of vaccine ingredients has focused on the mercury preservative, Thimerosal, and whether it can cause children to develop autism and other developmental disorders. 4 Mercury is a known neurotoxin and Thimerosal is a compound containing 49.6% mercury by weight that metabolizes in the body as ethylmercury. 5

Preservatives, like Thimerosal, are used to prevent bacterial or fungal growth and have been used in inactivated vaccines for more than 70 years. Thimerosal had been used in some vaccines as a preservative since the 1930s and, in the late 1990’s, federal agencies recommended removing or reducing amounts of Thimerosal in vaccines. 6 Even so, there are still significant amounts of Thimerosal remaining in DT and TT vaccines, as well as some inactivated influenza and meningococcal vaccines that are administered to children and adults from multi-dose vials.7

In 1999, the American Academy of Pediatrics and the U.S. Public Health Service issued a joint statement directing vaccine manufacturers to follow the “first, do no harm” precautionary principle and remove Thimerosal from childhood vaccines, including DTaP, HIB and hepatitis B vaccines, even though health officials insisted there was no evidence that children who had received Thimerosal-containing vaccines  had been harmed.8 9 Today, public health officials continue to maintain there is still no evidence that Thimerosal is toxic which they base on the fact that it contains ethylmercury and not methylmercury, an organic form of mercury that has been proven to be neurotoxic.10 11 12

However, there are studies which have demonstrated that exposures to ethylmercury in Thimerosal may be equally as or more toxic than methylmercury.13 Heath care workers are instructed to dispose unused multi-dose vials of Thimerosal containing vaccines as toxic hazardous waste.14

In January 2013, at a meeting convened by the United Nations Environmental Program, representatives from more than 140 governments agreed that mercury is harmful to human health and voted to secure more environmental hazard controls to minimize mercury exposures caused by air and water pollution and use of mercury-containing products, such as mercury-containing dental amalgams. There was a consensus that mercury should be removed from products, but an exception was made for vaccines and Thimerosal was excluded from the agreement.15

There is scientific evidence that some newborn infants are more vulnerable to being unable to efficiently excrete merthylmercury from their bodies if their mothers consumed fish with high levels of mercury during pregnancy.16 There is also evidence that some infants exposed to Thimerosal containing vaccines are also at risk for accumulating higher levels of mercury in their bodies.17 18 Genetic variations that predispose to autoimmunity may make some more susceptible to being harmed by ethylmercury in Thimerosal.19

While children used to be exposed to as much as 187.5 micrograms (mcg) of Thimerosal through routine vaccination before the age of six months, most children are now exposed to less than 28 mcg in vaccines during their first six months. Depending upon the vaccine manufacturer, trace amounts of Thimerosal can still be found in DTaP, DT, Td, influenza and meningococcal vaccines.20 When a vaccine lists Thimerosal as a concentration of 0.01%, this means there are 50 mcg of thimerosal per 0.5 mL dose and approximately 25 micrograms of mercury per 0.5 mL dose.21

Aluminum is a heavy metal that is neurotoxic and there is evidence that aluminum in vaccines can cause brain and immune system dysfunction25 26 27 and that some people may be genetically more susceptible to being harmed by aluminum adjuvants in vaccines.28 Aluminum is an ingredient in DTaP, pneumococcal, hepatitis B and human papillomavirus (HPV)  vaccines. There has been a lack of testing of the safety of aluminum adjuvants because the FDA views adjuvants as part of the entire vaccine, so they are not tested separately.29 30 31

Vaccine manufacturers have long used cell material that comes from the bodies of mammals, including humans, monkeys, cows, pigs, dogs and rodents, as well as birds or insects to make vaccines now in use or to make experimental vaccines.32 There is an inherent risk of contamination with viruses and other microbes (or DNA from those microbes) that can escape detection during the vaccine development, testing, licensing, manufacturing and oversight process.33

The most famous case of adventitious agent contamination of vaccines because animal organ cell tissue was used for production is contamination of early polio vaccines with a monkey virus. Monkey kidney cells were used to produce polio vaccines even after discovery that a monkey virus (SV40) contaminated the seed stocks of inactivated and live virus polio vaccines and that the SV40 virus caused cancer in lab animals. Today, SV40 DNA has been identified in human brain, bone and lung cancers, although public health officials continue to deny that SV40 can cause cancer in humans.34

Another more recent case of adventitious agent contamination was the discovery in 2010 that live attenuated rotavirus vaccines contain DNA from porcine circovirus types 1 and 2 (PCV1 and PCV2).35 Although PCV1 infection is thought to be relatively harmless in pigs, PCV2 is associated with a lethal wasting disease in baby pigs. The presence of potentially infectious porcine circovirus DNA in rotavirus vaccines from the use of an enzyme from the pig pancreas prompted the FDA to ask GlaxoSmithKline and Merck to update labels for their respective Rotarix and RotaTeq vaccines. For now, pig virus DNA is still present in the vaccines and strong evidence that it is safe for infants to swallow pig virus DNA in live rotavirus vaccines is still missing.36

13 Responses to "Do You Know What’s In Your Vaccines?"