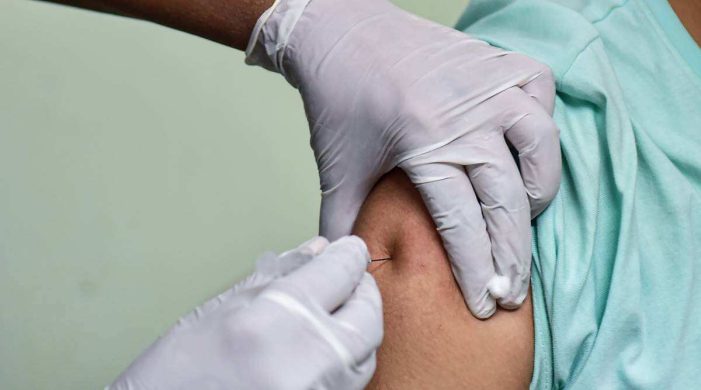 On Aug. 4, 2022, the South African Health Products Regulatory Authority (SAHPRA) reported the death of an individual in South Africa shortly after receiving Johnson & Johnson/Janssen’s adenovirus vectored Ad26.COV2.S COVID-19 vaccine. The agency stated that the death was causally linked to the vaccine.1 2 3 4 5

The name and age of the person who died was withheld for reasons of confidentiality, and death occurred after the polio-like neurological disorder Guillain-Barré syndrome (GBS) developed soon after the vaccination. The individual was placed on a ventilator and subsequently died.2

“[GBS] can be mild but it can also lead to either rapid or progressive weakness and has the potential to affect the respiratory system,” said Marc Blockman, MBChB, MMED, professor of clinical pharmacology at the University of Cape Town and Groote Schuur Hospital. “It could be caused by bacterial or viral infections and certain medicines or vaccines could predispose patients to develop the syndrome. We were acutely aware of it and it was part of the vigilance plan.”1 7

This GBS case developing after COVID vaccination is one out of about 160 deaths possibly associated with Ad26.COV2.S vaccinations in South Africa. It was the only one reviewed by SAHPRA and determined to be caused by the vaccine. In the other cases, the deaths reportedly were believed by health officials to have been coincidental.1 5

“At the time of illness no other cause for the Guillain-Barre syndrome could be identified,” said Professor Hannelie Meyer, MSc, PhD, head of the South African Vaccination and Immunisation Centre (SAVIC) at Sefako Makgatho Health Sciences University in Pretoria. “The person presented with the symptoms shortly after vaccination and this had led to prolonged hospitalization, mechanical ventilation and further infections.”1 2 7

The Ad26.COV2.S vaccine has also been associated with GBS in the United States. On July 12, 2021, the U.S. Food and Drug Administration (FDA) added a warning to the fact sheet for Ad26.COV2.S following reports of 100 cases of GBS among those who received the vaccine. Nine-five of those cases were apparently severe enough to require hospitalization, and one of those individuals died. According to the U.S. Centers for Disease Control and Prevention (CDC), most of the cases were “reported about two weeks after vaccination and mostly in males, many aged 50 years and older.”8 9 10

The head of SAHPRA, Boitumelo Semete-Makokotlela, PhD, MMFI, said that investigations of other deaths in South Africa that may be linked to the Ad26.COV2.S vaccine are ongoing. Nicholas Crisp, MD, the deputy director-general of South Africa’s National Department of Health, said that a government compensation fund for people harmed by COVID-19 vaccinations has received 75 claims and additional cases are being investigated.1