Why Aren’t We Celebrating the Naturally Immune? 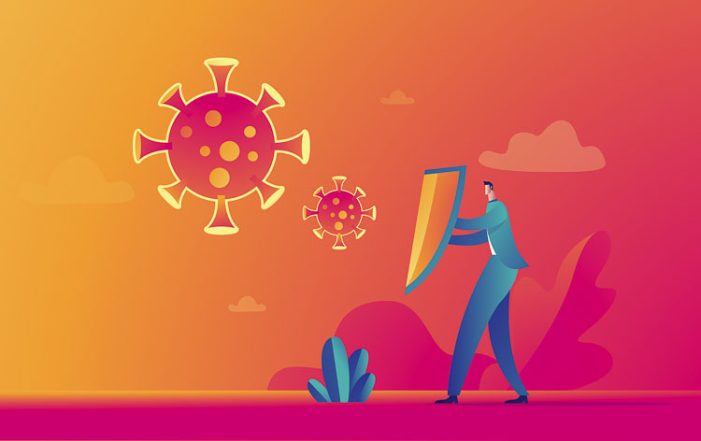 Opinion | At the beginning of this pandemic, I heard the term herd immunity a lot. Scientists and news anchors used to theorize about what percentage of society would have to come in contact with the virus in order to obtain herd immunity.

We know that 40 million people have tested positive for COVID in the United States. With the original strain of the virus, it seemed to be widely agreed upon that for every person who knowingly had COVID, two more were likely exposed and not tested. According to that theory, at least 120 million Americans would be considered to have natural immunity today. This metric was born before the allegedly more infectious Delta variant came on the scene. So theoretically, the total number of those exposed to the virus at this point could prove exponentially higher. The question I have that is absolutely ignored by main-stream media and government-run health organizations,  is why natural immunity is not a part of the current conversation?

Peter McCullough, MD, a widely published American cardiologist and a tireless advocate for truth, maintains that immunity from a previous COVID infection is robust, complete, and durable. He is by no means alone. Richard Urso, MD, a physician out of Houston, Texas suggests that natural immunity is the “achilles heel of the vaccine program, and if you are COVID recovered you are immune competent.” He emphatically argues that vaccine status should not supplant immune status.

Tens of doctors from the St. Elizabeth Healthcare System in Ohio submitted a compelling letter to their administration on Sept. 1, 2021 logically and completely outlining their concerns with vaccine mandates. A portion of their very first point states that “Natural immunity is at least equal to and likely superior to vaccine immunity, yet this has not been a part of the discussion for unclear reasons. A majority of health care providers in our system are declining the vaccine due to prior infection and already having sufficient immunity to COVID-19.”

As many of my more reluctant readers like to point out, I am not a doctor. This is true, of course. But why is it that there are hundreds of doctors who ARE qualified to have an opinion regarding natural immunity, but the door to scientific collaboration is all but closed. The U.S. Centers for Disease Control and Prevention (CDC) and World Health Organization (WHO) continue to be the loudest voices in the land, shouting one opinion and one opinion alone, that getting the vaccine is all that matters.

This vaccine is leaky. Which means that a vaccinated person can still acquire the virus and spread the virus. It does not provide the sterilizing immunity (which means you can’t carry the virus) that most other vaccines offer. This is why many argue that calling it a vaccine is incorrect, as it does not provide immunity in the traditional sense of the word. However, becoming naturally infected and recovering from the virus does. Traditional herd immunity in a population is recognized by the combination of those that have antibodies due to natural infection, and those that have been immunized.

Herd immunity is the indirect protection from an infectious disease that happens when a population is immune either through vaccination or immunity developed through previous infection.

‘Herd immunity,’ also known as ‘population immunity’ is a concept used for vaccination, in which a population can be protected from a certain virus if a threshold of vaccination is reached. Herd immunity is achieved by protecting people from a virus, not by exposing them to it.

In other words, the part about immunity developed through previous infection had actually been removed. While this change wasn’t a secret, it certainly is curious.

The definition has been edited again and today reads as a combination of the two previous definitions, while adding that the WHO supports achieving herd immunity through vaccination, not by allowing a disease to spread. While you would have to literally be living under a rock to not know that the WHO, and every other worldwide health agency supports vaccination, where oh where is the discourse regarding immunity through natural infection? Why can’t we recognize that our world could be in a much more positive place in regards to the war on this virus, if we actually counted the naturally immune as a help?

While I’m not suggesting we forego the vaccination campaign, I AM suggesting that we follow the science and track and use natural immunity in our quest to get back to normal. Why isn’t natural immunity the gold standard when it comes to workplace safety?

The COVID recovered were excluded from the clinical trials for vaccine development. Dr. Urso, backed by America’s Frontline Doctors, suggest this cohort was excluded due to their increased chance of adverse events. Frankly, they would have skewed the data, he said. It is believed to be dangerous to vaccinate immune competent individuals. It creates a hyper immune response that could result in significant tissue injury and death.

Why are we being told that the vaccine is safe for all, when there are many portions of the population that were not included in the safety trials, COVID recovered being one such portion? And what kind of safety trials are being performed on the boosters? Michael Yeadon, PhD, Pfizer’s former chief scientist and vice president purports that top up vaccines don’t require safety studies and he is publicly concerned that any gene you like could be put in them.

A recent widely publicized study coming out of Israel found that the natural immune protection developed after a COVID infection does “considerably” more to ward off the Delta variant than the two doses of Pfizer/BioNTech vaccine.  “This is the largest real-world observational study comparing natural immunity, gained through previous SARS-CoV-2 infection, to vaccine-induced immunity, afforded by the BNT162b2 mRNA vaccine,” the study said. Natural immunity was proven 13X more effective than vaccines at stopping the Delta variant. Simply put, the COVID recovered have a .0086 chance of getting COVID again.

I have written in this space before regarding similar other known viruses that are proven to have antibody longevity. Those who had SARS-CoV-1 in 2002-2003 were still found to be immune 17 years later, and those who survived the influenza pandemic of 1918 were still immune to the H1N1 outbreak in 2009-2010 a stunning 92 years later.

I’ve also shared before that my family had COVID back in November. While I slept in the same bed as my COVID positive husband the entire time, I never became ill. I remember having the worst flu of my life back in 2003. I wonder if it was SARS-CoV-1. COVID (SARS-CoV-2) is 80 percent similar to SARS-CoV-1. Dr. Urso reported that those who had SARS 1 are still immune competent against SARS 2. I have to wonder if this is my story. If our medical community was half as focused on figuring out who is immune competent as they are about a needle in every arm, I’m sure we would have many “safe and effective” ways to test for natural immunity by now. Instead, we have antibody tests that are claimed to be wrong 50 percent of the time. And many healthcare facilities refuse to even offer such tests.

Robert Malone, MD, one of the creators of the original mRNA technology expertly believes that you can’t vaccinate your way out of a pandemic, during a pandemic. This is “fundamental virology 1A,” he says. This will drive vaccine resistant mutants. “What we are being told are fundamental lies,” he says.

So back to my original questions. Where has the concept of herd immunity gone, and why aren’t the naturally immune included in that important goal? Today I see so many hateful comments on social media regarding the unvaccinated not being deserving of a bed in the ICU or any type of health care whatsoever. And that the unvaccinated are selfish at the very least and murderers at worst.

From what we have always known regarding immunity acquired through infection, I have a completely different take on those who are willing to let their own immune system perform the job that it was miraculously created to do. In my opinion, these individuals are vital in our fight toward herd immunity. We should be grateful for every person who lives among us who can no longer get or spread this awful disease. Their immunity should be confirmed and celebrated. And counted.

This article was reprinted with the author’s permission. It was originally published in ClarkCountyToday.com.

Note: This commentary provides referenced information and perspective on a topic related to vaccine science, policy, law or ethics being discussed in public forums and by U.S. lawmakers.  The websites of the U.S. Department of Health and Human Services (DHHS) provide information and perspective of federal agencies responsible for vaccine research, development, regulation and policymaking

8 Responses to "Why Aren’t We Celebrating the Naturally Immune?"