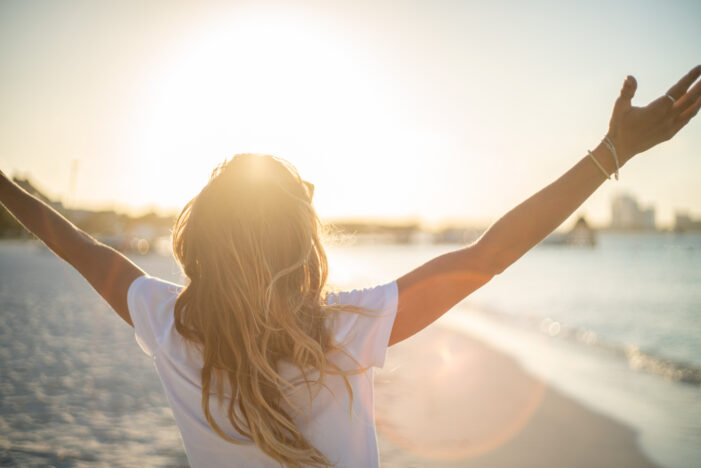 Over the past 15 months, the litany of Experts’ True Facts and Science regarding various aspects of SARS-CoV-2 has changed more often than the starting lineup of a bad minor league ball club. COVID-19 is spread by droplets, especially from asymptomatic people, until one day it was airborne all along and people who weren’t sick in all likelihood weren’t even sick. Stay at home, you’re safer indoors, even stay away from parks and beaches; well, actually, outdoors is the place to be. Masks don’t work against viruses and are actually unhealthy to wear if you’re not sick, then suddenly they did work and without one you might as well be shooting people. Everyone knows and PolitiFact verified that the virus couldn’t have been created in the prominent infectious disease lab doing gain-of-function research on coronaviruses in bats coincidentally at COVID Ground Zero until, one day, PolitiFact had to retract the entire “Pants on Fire!” article. And so forth.

Unfortunately, information about herd immunity has also not been immune to this kind of meddling. Until recent months, people readily understood that active immunity came about either by natural immunity or vaccine-induced immunity. Natural immunity comes from battling and defeating an actual infection, then having your immune system primed for the rest of your life to fight it off if it ever shows up again. This immunity is achieved at a sometimes very high personal price.

Vaccine-induced immunity is to prime your immune system with a weaker, non-threatening form of the invading infection, so that it’s ready to fight off the real thing should you ever encounter it, and without your having first to risk severe illness or death.

Those interested in herd immunity in itself likely don’t have a moral or political preference for one form of immunity to the exclusion of the other. Immunity is immunity, regardless of whether a particular person has it naturally or by a vaccine. All immunity contributes to herd immunity.

Others, however, are much less circumspect. They seem to have forgotten the ultimate goal of the public campaign for people to receive vaccination against COVID-19. It’s not to be vaccinated; it’s to have immunity. People with natural immunity—i.e., people whose immune systems have faced COVID-19 and won — don’t need a vaccine.

They do, however, need to be considered in any good-faith discussion of herd immunity. There are two prongs to herd immunity, as we used to all know, and those with natural immunity are the prong that’s being ignored. It’s not just mere oversight, however. Fostering such ignorance can lead to several bad outcomes:

Those of us wanting good information certainly don’t want any of those outcomes. But others seem perfectly fine to risk them. They include not only elected officials, members of the media, political talking heads, self-important bureaucrats, and their wide-eyed acolytes harassing shoppers, but strangely also highly prominent health organizations.

For example, late last year Jeffrey Tucker showed that the World Health Organization (WHO) suddenly, and “for reasons unknown,” changed its definition of “herd immunity.” Using screenshots from a cached version on the Internet Archive, Tucker showed how the WHO altered its definition in such a way as to erase completely the role of natural immunity. Before, the WHO rightly said it “happens when a population is immune either through vaccination or immunity developed through previous infection.” The WHO’s change stated that it happens “if a threshold of vaccination is reached.” Not long after Tucker’s piece appeared, the WHO restored natural immunity to its definition.

The Food and Drug Administration (FDA), seemingly apropos of nothing, on May 19 issued a “safety communication” to warn that FDA-authorized SARS-CoV-2 antibody tests “should not be used to evaluate immunity or protection from COVID-19 at any time.” The FDA’s concern appears to be that taking an antibody test too soon after receiving a vaccination may fail to show vaccine-induced antibodies, but why preclude its use for “identifying people with an adaptive immune response to SARS-CoV-2 from a recent or prior infection?” Especially after stating outright that “Antibody tests can play an important role in identifying individuals who may have been exposed to the SARS-CoV-2 virus and may have developed an adaptive immune response.”

Then there is the National Institute of Allergy and Infectious Diseases director, Dr. Anthony Fauci, that ubiquitous font of fatuous guidance. He had told people that herd immunity would be at 60 to 70 percent immunity, and then he started publicly cinching those numbers up: 75 percent, 80 percent, 85 percent, even 90 percent (as if COVID-19 were as infectious as measles). He is quoted in the New York Times admitting to doing so deliberately to affect people’s behavior:

“When polls said only about half of all Americans would take a vaccine, I was saying herd immunity would take 70 to 75 percent,” Dr. Fauci said. “Then, when newer surveys said 60 percent or more would take it, I thought, ‘I can nudge this up a bit,’ so I went to 80, 85.“

Now—or better put, as of this writing—Fauci has taken to arguing herd immunity is a “mystical elusive number,” a distracting “endgame,” and therefore not worth considering. Only vaccinations are worth counting. As he put it recently, “We don’t want to get too hung up on reaching this endgame of herd immunity because every day that you put 2 million to 3 million vaccinations into people [it] makes society be more and more protected.”

Here’s what the Mayo Clinic once wanted people to know in its page on “Herd Immunity and COVID-19” with respect to natural immunity: “[T]hose who survived the 1918 flu (influenza) pandemic were later immune to infection with the H1N1 flu, a subtype of influenza A.” The Mayo Clinic pointed out that H1N1 was during the 2009-10 flu season, which would be 92 years later. That finding attested to just how powerful and long-lived natural immunity could be.

The Mayo Clinic also reoriented its page to feature vaccination over “the natural infection method” (method?) and added a section on “the outlook for achieving herd immunity in the U.S.” This new section stated that “it’s not clear if or when the U.S. will achieve herd immunity” but encouraged people nonetheless that “the FDA-authorized COVID-19 vaccines are highly effective at protecting against severe illness requiring hospitalization and death … allowing people to better be able to live with the virus.”

Why, from people who know better, is there so much interest in downplaying or erasing natural immunity?

Is it because it’s hard to quantify how many people have natural immunity? Is it out of a mix of good intentions and worry, that discussing natural immunity would somehow discourage (“nudge,” in Fauci’s term) people from getting vaccines who otherwise would? Is it simple oversight, being so focused on vaccinations that they just plain forgot about natural immunity? Or is something else at work?

Whatever the reason, it’s keeping Americans in the dark about how many people have active immunity from COVID-19. It’s keeping people needlessly fearful and suspicious of each other. It’s empowering executive overreach. Worst of all, it’s tempting people to consider government and business restrictions on the unvaccinated, regardless of their actual immunity.

This article was reprinted with the author’s permission. It was originally published by the American Institute for Economic Research (AIER). Jon Sanders is an economist and the senior fellow of regulatory studies and research editor at the John Locke Foundation in Raleigh, North Carolina.

17 Responses to "Why Is There Such Reluctance to Discuss Natural Immunity?"