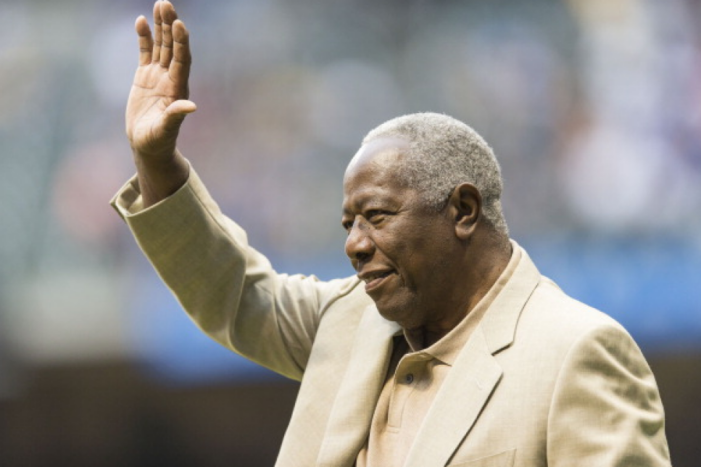 When baseball Hall of Famer Hank Aaron was given a COVID-19 vaccination at Morehouse School of Medicine in Atlanta, Georgia on Jan. 5, 2021, it came across as an event meant to encourage other people, particularly African-Americans, to also get vaccinated. Shortly after getting Moderna’s experimental mRNA-1273 vaccine, Aaron told The Associated Press, “[Getting vaccinated] makes me feel wonderful. I don’t have any qualms about it at all, you know. I feel quite proud of myself for doing something like this. It’s just a small thing that can help zillions of people in this country.”1 2

I was proud to get the COVID-19 vaccine earlier today at Morehouse School of Medicine. I hope you do the same!1

Legacy of the Tuskegee Syphilis Experiments

Many within the African-American community are reportedly wary of the COVID-19 vaccines as a result of a history of abuse against people of color by the U.S. government, notably the Tuskegee syphilis experiments. As part of these experiments, conducted during 1932-1972, doctors from the U.S. Public Health Service (PHS) injected hundreds of African-American men with syphilis and left them untreated without their informed consent. Among the participants in those experiments on humans, 128 of the men died directly from syphilis or from associated complications.3 4 5 6

The Tuskegee syphilis study has been described as a “metaphor for the abuse of Blacks within biomedical research.” It has been cited as “arguably the most infamous biomedical research study in U.S. history.”5 A 2006 study published in the Journal of Health Care for the Poor and Underserved recognized:

Today, there is wide-spread belief that a major legacy of that unethical research study is a strong reluctance among many African-Americans to participate in clinical research studies as a result of the abuses for fear of further abuses.6

Former Mayor of Atlanta, U.S. Ambassador to the United Nations and civil rights leader Andrew Young recently described the Tuskegee experiments as “something crazy and murderous and evil.” He acknowledged, “[We’re] still thinking about that.” But Young also went on to say, “We’ve got to get over that.”1

Having someone as famous and respected as Hank Aaron (known around the world for being the first to break Babe Ruth’s homerun record) get vaccinated for COVID-19 was, no doubt, seen as an opportunity to inspire African-Americans to get over their inherent mistrust of government-sponsored experimentation. The problem with that is that Aaron died on Jan. 25—just 17 days after he got the COVID-19 vaccine.7

As might have been expected, Aaron’s death has led to speculation about a possible link to the vaccine. According to FactCheck.org, “That sequence of events has led some social media users to suggest there was a direct link between his getting the shot and then dying several days later. But there is no evidence that is the case.”8

Ultimately, the cause of Aaron’s death was attributed to “natural causes.” News outlets reported that Aaron “passed away peacefully in his sleep.”7 8 End of story.

Regardless, there is no getting around the fact that the move to make Aaron’s vaccination a highly publicized event may have backfired. As Carlos del Rio, MD, the executive associate dean at the Emory University School of Medicine, told NBC News, that decision has proven to be a “double-edged sword.”9 Dr. del Rio said…

We make his vaccination public so it would be used to increase vaccination. Unfortunately, because his vaccination was made public and then he died, now we have a little bit of a boomerang effect in which it’s coming to haunt us because he died.9

“My fear is people will act emotionally and not get vaccinated,” said Walter Orenstein, MD, professor of medicine and associate director of the Vaccine Center at Emory University and former director of the National Immunization Program at the U.S. Centers for Disease Control and Prevention (CDC). “My fear is that people misinterpret this and say, ‘Aha, see the vaccine is dangerous,’ when in fact there’s no science data to support that hypothesis at all.”10

Essentially, what Professor Orenstein and other doctors and public health officials are saying about Hank Aaron’s death is that the COVID-19 vaccine had nothing to do with it, that it was purely coincidental he died so soon after vaccination. And perhaps it was. There’s no way to know for sure. All that has been reported is that Aaron died “peacefully in his sleep” of “natural causes.”

But what exactly does that mean?

The reality is that not every death or serious health problem that occurs hours, days or weeks after vaccination is caused by a recently administered vaccine, and it is also true that not every serious health problem that occurs after vaccination, including death, is coincidental. All pharmaceutical products come with risks, and vaccines are no exception. As noted by Barbara Loe Fisher, co-founder and president of the National Vaccine Information Center (NVIC), “Vaccines are pharmaceutical products that come with risks that can be greater for some people. No vaccine is safe for everyone.”11

There are also risks when health officials do not acknowledge a vaccine’s known and unknown risks openly but, rather, quickly and consistently deny that a vaccine could have played any role in a person’s unexplained deterioration in health or death.

Hank Aaron appeared to be a healthy 86-year-old man before he died a couple of weeks after receiving an experimental mRNA COVID-19 vaccine. His death is now part of an effort in damage control by the media, aided by doctors and public health officials, who are conducting a PR campaign to reassure people, notably African-Americans, that Aaron’s death was not caused by Moderna’s vaccine. An NBC News headline reads, “‘A boomerang effect’: Hank Aaron’s death is falsely linked to Covid vaccine.”9

A headline in the Atlanta Journal-Constitution reads, “Former HHS leader says no link between Hank Aaron’s death and COVID vaccine.” Another headline in Inside Edition reads, “Baseball Legend Hank Aaron Died of Natural Causes, Not the COVID-19 Vaccine.” Newspapers, magazines and websites abound with these type of headlines, stating that Aaron was not harmed by the vaccine and that it was an unfortunate coincidence.12 13

It is hard to gauge the impact of the slew of articles that seek to disassociate Aaron’s death from the COVID-19 vaccine. However, it’s reasonable to speculate, that, at least among African-Americans, this case has probably led to more questions than anything else. Health officials continually protesting that there is no link between the COVID-19 vaccine and Hank Aaron’s death may simply serve to highlight the possibility of a link, especially within an already skeptical community.