U.S. Troops Will Be Among the First to Get COVID-19 Vaccine 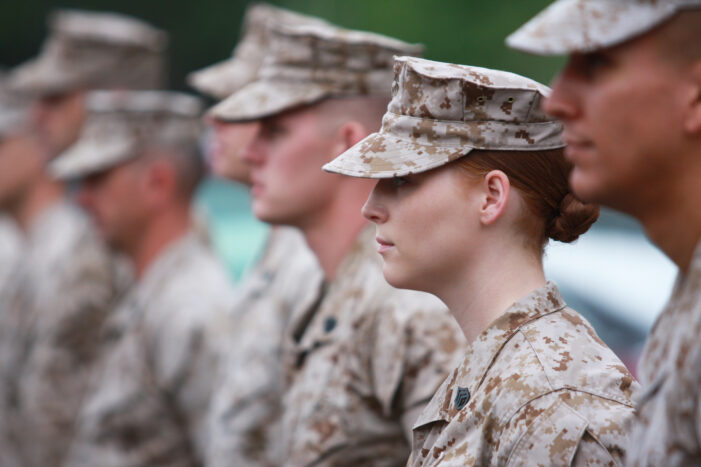 Senior White House officials reported that United States service members would be among the first Americans to receive a COVID-19 vaccine after it has been licensed. Officials said the groups likely to receive the vaccine first include the most vulnerable people such as the elderly, patients with underlying health conditions, employees in essential businesses and the U.S. military.​1

The Department of Defense’s Role in Operation Warp Speed

Operation Warp Speed (OWS) under way at the federal level is a response to the COVID-19 pandemic and has a goal of delivering 300 million doses of a COVID-19 vaccine by January 2021. Meeting that goal is part of a broader strategy to accelerate the development, manufacturing, and distribution of COVID-19 vaccines, therapeutics, and diagnostics.2

The U.S. military is playing a significant role in OWS. General Gustave Perna is chief operating officer of OWS. Army Lieutenant General Paul Ostrowski is leading the supply, production and distribution directorate, and Army Brigadier General Michael McCurry is leading the security assurance directorate. In addition, 36 additional Department of Defense personnel are working on the OWS.3

The Walter Reed Army Institute of Research (WRAIR) announced that it has selected a lead vaccine candidate among the many experimental COVID-19 vaccines that Army researchers have been working on since the beginning of the year. They plan on testing leading candidate vaccines in human trials in late 2020.4

USAMRDC is moving at unprecedented speeds in the effort to prevent, detect,
and treat COVID-19. We are supporting the whole-of-government response with
the scientific knowledge and expertise to combat this world-wide challenge.5

In early May 2020, the U.S. military banned the enlistment of any person who had been infected with the SARS-CoV-2 virus. The military released a new guidance for examining an applicant’s medical history of the disease during the screening.6

A memo by the United States Military Entrance Processing Command (USMEPCOM) posted on Military Times stated, “During the prescreen process, a reported history of confirmed COVID-19 will be annotated as ‘Considered Disqualifying’”.​7

People already enlisted in the military who were hospitalized with COVID-19 would not automatically be disqualified from further service. Depending on the service member’s heath after treatment, they could return to duty or take a less physically demanding job. Recruits who had suffered severe complications that left them with continuing health problems would be evaluated by a medical board to determine if they can continue serving.8

Uproar Over Ban on U.S. Military Service After COVID-19 Infections

Following the original memo by USMEPCOM and in response to public uproar, the Pentagon rescinded the policy that prevented recruits who had been infected with COVID-19 from enlisting or earning a military commission.​9

Matthew P. Donovan, Under Secretary of Defense for Personnel and Readiness said that he had canceled the guidance in favor of reverting back to pre-coronavirus accessions standards. He said, “At the same time, we’re having our health professionals and our doctors and researchers take a look at that and come up with any recommendations that they’ll provide to me and the [defense] secretary,”​10

He said a final decision is yet to be made. In the meantime, the policy is to evaluate each recruit on a case-by-case basis.​11

If an individual can pass the Military Entrance Processing Station screening process―despite a hospitalization for coronavirus―they should be allowed to serve.​12

He added that, “I agree that more research is needed to study the long-term effects of coronavirus on the human body. However, I do not think that the lack of research available warrants permanently disqualifying patriotic Americans from serving in the military.”13

68 Responses to "U.S. Troops Will Be Among the First to Get COVID-19 Vaccine "