I Could Have Freed A Thousand More 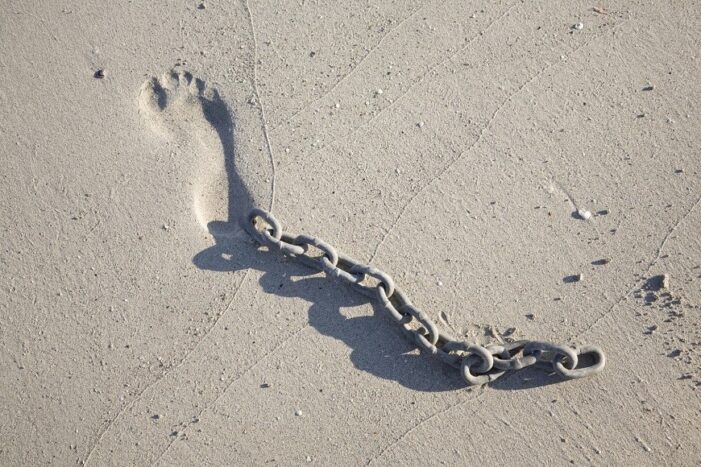 Reading Harriet Tubman’s quoted wisdom caused me to draw an uncomfortable parallel to what is seen today in the vaccine risk awareness movement. Do these profound words from a celebrated American abolitionist apply to the many millions of parents and professionals who blindly accept the current vaccine ideology? Legislators, authors of public health policy, and the mainstream media all would have us believe that childhood infections are what threatens our future. Rather, as governments across the world introduce legislation to impose vaccination by coercion, punishment, financial hardship and censorship, it is the loss of our rights and freedoms that is the greatest risk we face today.

A Prison That Has No Walls

The challenge in waking up humanity to the loss of our most fundamental rights and freedoms is that the enslavement is being masked under the guise of ‘consensus science’ and ‘the greater good’. This form of enslavement is difficult to discern because the prison has no walls, the method of capture uses no visible chains, and the coercion is sold by trusted medical professionals as health promoting rather than freedom denying. Relentlessly, we are inundated with carefully contrived messaging from medical industry propagandists whose goal is to convince us that being deprived of our right to make medical decisions for ourselves and for our children is to everyone’s benefit.

One method of securing this enslavement is to carefully create the widespread perception that it is the anti-vaxxers, those misguided individuals who fail to accept science, who are the ones who ought to be denied their right to informed consent. It is the anti-vaxxers who must relinquish their right to make medical decisions for their children and surrender their bodily autonomy. Those who advocate for vaccine mandates seem unaware of Abraham Lincoln’s caution — ‘Those who deny freedom to others, deserve it not for themselves.’

Just because on chooses what a government mandates doesn’t mean you have freedom. If you can’t choose not to participate, if you are denied your right to informed consent, or if you can’t choose the degree and timing of the participation for yourself or your child, are you truly free? If we are to believe the mainstream media, it would appear that most people would rather preserve the narrative that vaccines are “safe and effective”, regardless of the mounting evidence to the contrary, than preserve their freedom to choose.

It is also disconcerting that in a world where bullying and discrimination is universally condemned, the masses are willing to not only tolerate, but actively participates in the bullying and discrimination of children and parents who choose to exercise their ethical and legal right to informed consent. It is not just other children and parents participating in the bullying. We have teachers and principals exposing and outing the unvaccinated and selectively vaccinated in classrooms. We have public health officials tracking down and intimidating minors. We have journalists fomenting hate with contrived and distorted fears of false epidemics. And we have legislators inciting aggression by comparing healthy unvaccinated children to “loaded guns.” These public sentiments triggered some citizens to openly declare that they hope for the death of unvaccinated children and farther, would like to see the ghettoization of the unvaccinated population. Where have we heard this inflammatory rhetoric before?

First They Came for the Children

Diane Doucet, in her articulate and powerful presentation to the New Brunswick legislative committee on vaccine mandates stated:

If mandatory vaccinations for all age groups is the final goal, which I suspect it is considering the simultaneous push for similar laws all over the world, then the government and media have done a spectacular job of introducing it in a manner that has minimized resistance. By introducing mandatory vaccinations to select groups at a time, those not directly affected don’t feel the need to stand up and speak out. To try to secure this agenda, a small vulnerable group has been identified as the initial target for forced medical experimentation, our children.

This move towards forced medical experimentation is spreading like a virus from schools to daycares, to workplaces, to airports, even to doctor’s offices. Soon there will be fewer and fewer places where the unvaccinated and selectively vaccinated will be able to go freely. They are being pushed into a smaller and smaller space until one day, there will be nowhere left to go. A prison without walls.

Make no mistake about vaccine mandates. We are not talking about quarantining individuals infected by a disease. We are talking about the segregation of healthy children and adults from participating in society. Their crime is that they do not consent to handing over their bodies to the tyrannical will of a vaccine cartel which is accountable to no one.

The policy makers look down upon the citizenry with arrogance. We live in a system that views the common people as being too ignorant to decide what’s best for themselves and their children. When corporations, health agencies and government institutions treat people like chattel and punish those who do not submit, you have slavery. If an institution can take it upon itself and do what it wants to people’s bodies against their will, then you live in a slave system. We find ourselves here today, wondering how we managed to slip this low.

How Do We Escape this Dystopian Future?

How can we free those who don’t want to be freed?

How can we successfully advocate for the right of parents to make medical decisions for their children when so many are willing to give away this right to government agents?

How can we educate someone who doesn’t want to know?

How can we get a man to understand something when his salary depends on his not understanding it?

How can we free a person who thinks they are already free?

We live in a very challenging time. The forces against us are significant. Their capture and enslavement is almost complete. And yet, we can’t allow ourselves to despair. We have to persist in our efforts to wake up humanity. Whether they know it or not, their future and freedom depend on us.

This article was reprinted with the author’s permission. Ted Kuntz is the parent of a vaccine injured child now deceased.

21 Responses to "I Could Have Freed A Thousand More"