On Aug. 23, 2019, New York State Supreme Court Judge Denise Hartman issued an Opinion upholding a law passed by the New York State Legislature and signed by Governor Andrew Cuomo on June 13, 2019 repealing the legal right of parents to obtain a religious exemption vaccination for their children to attend school and daycare programs.1 2 3

Even though New York school children have a 97 to 98 percent statewide vaccination rate for two doses of MMR (measles-mumps-rubella) vaccine,4 the New York legislature moved to repeal the religious exemption to vaccination on one day with no public hearings in response to a measles outbreak in New York City and nearby Rockland County that began in the fall of 2018 in orthodox Jewish neighborhoods with low vaccination rates.5

Judge Hartman’s ruling is the second rejection by the New York Supreme Court of a legal effort by parents to delay or stop the implementation of the new law banning children from attending school unless they have a state health department-approved medical exemption to vaccination. On July 12, 2019, New York Supreme Court Judge Michael Mackey denied a request for a temporary restraining order to delay  implementation of the new law. The restraining order request was filed by civil rights attorney Michael Sussman of Goshen, New York and Robert F. Kennedy Jr., founder of Children’s Health Defense, on behalf of 55 families holding different religious beliefs.6

According to news reports:

In her 32-page decision, Judge Hartman refused to grant a preliminary  injunction that would have halted implementation of the repeal of the religious vaccine exemption by the New York legislature in response to a lawsuit filed by Sussman on behalf of plaintiffs. The lawsuit challenged the constitutionality and legality of the law repealing religious exemption to vaccination based on the First Amendment right to free exercise of religion and the U.S. Constitution’s Equal Protection Clause and, additionally, argued that the new law forces plaintiff’s to either engage in compelled speech or violate New York’s mandatory  education laws.7

In considering the accounts of 330 parents who had submitted sworn affidavits to the court explaining how they planned to leave the state or home-school them rather than vaccinate them, Judge Hartman acknowledged the “magnitude of disruption and potential harm” families may suffer if they are forced to violate their religious beliefs and vaccinate their children, teach them at home or leave the state. However, she wrote, “The Court is hard-pressed to conclude that the plaintiffs have shown that the balance of equities tips decidedly their favor.”2 3

Judge Hartman determined that the plaintiff’s legal challenge to the new law would not be successful. She wrote, “Because plaintiffs have not demonstrated a likelihood of success on the merits, the Supreme Court denies the request for a preliminary injunction; the legislative repeal of the religious exemption remains in effect.” She noted that, “For at least a quarter of a century, the courts have repeatedly upheld the states’ compulsory vaccination laws.”1 2

In her ruling, Judge Hartman cited a number of legal precedents that have affirmed the constitutional right for states to enact mandatory vaccination laws for residents, beginning with the seminal 1905 U.S. Supreme Court decision in Jacobson v. Massachusetts.9

That Supreme Court ruling at the turn of the 20th century upheld a Massachusetts law using “police power” to “keep in view the welfare, comfort and safety of the many” and mandate smallpox vaccinations for all residents, even when individuals believe they will be harmed by vaccination or have religious or other beliefs opposing vaccination. However, at the end of their written opinion maintaining that protecting the public health outweighed individual rights, the Court justices warned that: “we are not to be understood as holding that the statute was intended to be applied” to those for whom vaccination “in a particular condition of his health or body would be cruel and inhuman to the last degree.”

All laws,’ this court has said, ‘should receive a sensible construction. General terms should be so limited in their application as not to lead to injustice, oppression, or an absurd consequence. It will always, therefore, be presumed that the legislature intended exceptions to its language, which would avoid results of this character.  The reason of the law in such cases should prevail over its letter… Until otherwise informed by the highest court of Massachusetts, we are not inclined to hold that the statute establishes the absolute rule that an adult must be vaccinated if it be apparent or can be shown with reasonable certainty that he is not at the time a fit subject of vaccination, or that vaccination, by reason of his then condition, would seriously impair his health, or probably cause his death.9

Unfortunately, the Jacobson v. Massachusetts decision in 1905, which held that protecting the public health outweighed individual liberty, was used by a 1927 U.S. Supreme Court to rule in Buck v Bell that states have the constitutional authority to involuntarily sterilize citizens the state considers to be a threat to the public health.10

The Court invoked the same utilitarian rationale used to justify forcing individuals to get vaccinated for the “common good” to give permission to the states to force individuals deemed genetically defective to be sterilized for the common good. Supreme Court Chief Justice Oliver Wendell Holmes coldly declared, “The principle that sustains compulsory vaccination is broad enough to cover cutting the fallopian tubes.”11

Citing the 1905 Jacobson v. Massachusetts ruling, Judge Hartman wrote, “For at least a century, the courts have repeatedly upheld the states’ compulsory vaccination laws.” She quoted from the 1944 Supreme Court case Prince v Massachusetts, “the right to practice religion does not include liberty to expose the community or the child to communicable disease or the latter to ill health or death.”

States Have Constitutional Authority to Mandate and Allow Exemptions to Vaccination

Although states have the constitutional authority to pass mandatory vaccination laws, state legislatures also have the constitutional authority to allow exemptions to vaccination, including for health reasons or for personal beliefs. Until 2015, all but two states provided for religious exemptions to vaccination and 16 states allowed conscience or philosophical belief exemptions. In 2015, California repealed the personal belief exemption for religious or philosophical beliefs and, in 2019, Maine and New York repealed the religious exemption.

In mid-August, thousands of people supporting the  lawsuit challenging the constitutionality of the new law repealing the religious vaccine exemption gathered in and around the courthouse in Albany, New York to hear oral arguments in the case. “Many in the crowd wore white, comparing themselves to ‘Las madres de Plaza de Mayo,’ mothers who protested the murder and disappearance of their children under brutal military rule in Argentina,” observed Gwynne Hogan of New York Public Radio.2

Sussman argued that the religious rights of parents were being violated and that there had been a “climate of hostility towards people’s religious beliefs leading up to the removal of the religious exemptions.”2

After Judge Hartman issued her ruling, attorney Sussman indicated that the plaintiffs likely will appeal.1 2 3

The new regulations require doctors granting a child a medical exemption to vaccination to complete a state form specifically outlining medical reasons for why a child cannot receive each state mandated vaccine. If those reasons do not conform to state-approved vaccine contraindication guidelines, the medical exemption will not be accepted by the state and the child cannot attend school or daycare unless all state mandated vaccines are administered.

State public health officials and medical trade associations direct doctors to strictly adhere to vaccine contraindications approved by the federal Centers for Disease Control and Prevention (CDC). According to CDC guidelines, there are very few contraindications to vaccination.13 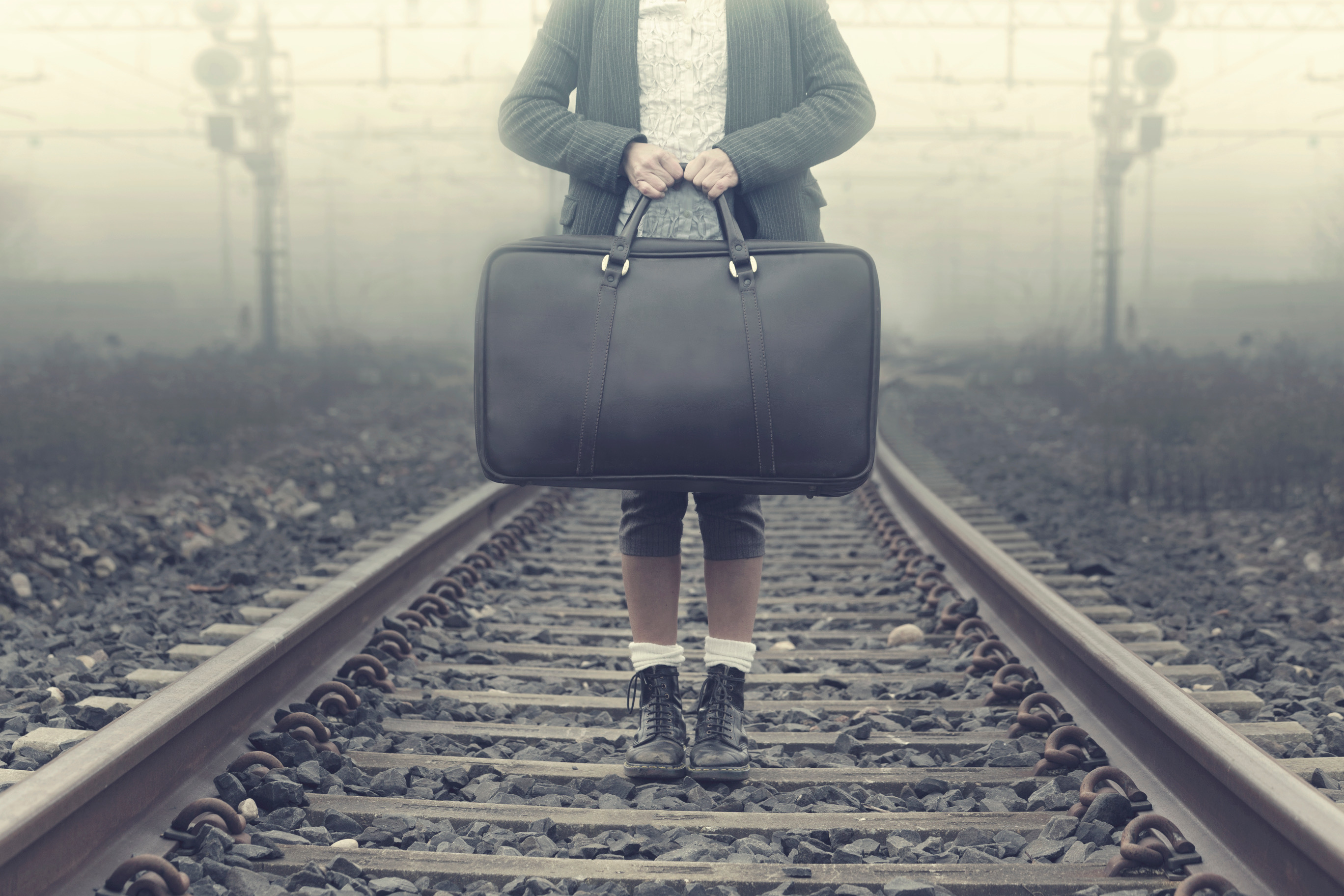