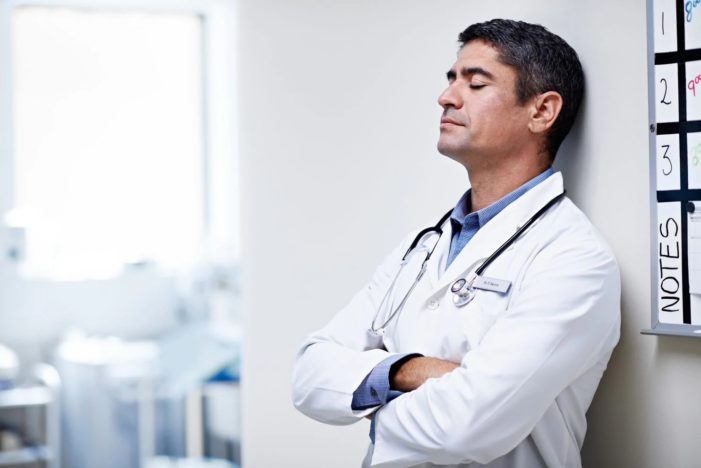 For more than a decade, there have been warnings that the chronic disease and disability epidemic in the United States is compromising the health of millions of Americans and putting a huge financial strain on the health care system.1 Now, a new report by the physician recruiter and staffing firm Merritt Hawkins of Dallas, Texas is highlighting the big shortage of doctors in the United States, including in primary care and pediatrics, which must be addressed to meet the needs of chronically ill children and adults.

According to the Review of Physician and Advanced Practitioner Recruiting Incentives survey for 2019, health care organizations in the U.S. are aggressively recruiting primary care physicians and specialty physicians at a high rate, painting a picture of the physician shortage and the challenges the country is facing in meeting patient demand.2 3

The purpose of the survey was to examine recruitment trends and strategies used by hospitals and clinics around the country. The review was based on a sample of 3,131 search assignments for permanent physicians and advanced practitioners. The overall findings show that while demand for primary care physicians remains strong, aggressive recruitment is now being directed toward medical specialists.3

The survey attributes this trend to an aging population. However, there is also an increased prevalence of obesity, diabetes, drug addiction, mental illness and other health conditions that have been ascribed to “lifestyle” choices or social factors affecting behaviors, which are treated by specialists.3

The survey highlights that, while more specialists will be needed to care for an aging population, at the other end of the age spectrum additional pediatric subspecialists will also be needed to care for more children who are chronically ill and disabled. The findings show that there is a growing demand for a wide range of pediatric subspecialties, for which there are currently a limited number of doctors.3

These figures indicate that there is a growing demand for doctors to enter pediatric subspecialties, since securing an appointment for a sick child can take months. The Merritt Hawkins survey notes that the wait times are not likely to improve based on the limited number of physicians being trained for pediatric specialties.3

While it is important to make sure pediatric patients needs are being met, the bigger question that needs to be addressed is: Why are numbers of chronically ill children continuing to rapidly increase in the U.S.?4

Why is There a Shortage of Physicians in the U.S?

The Association of American Medical Colleges (AAMC) projects that the U.S. will see a shortage of up to nearly 122,000 physicians by 2032 as the demand for physicians continues to grow faster than supply.5

The number of physicians entering the workforce each year is determined by the number of hospital residency positions available to train medical students so they can obtain medical licenses to practice in the U.S. These residency programs are funded by the Centers for Medicare and Medicaid Services (CMS). However, in 1997, Congress implemented the Balanced Budget Act (BBA) and froze funding for medical residencies in part due to the view that producing more physicians, particularly specialists, inflated health care costs. It was thought that capping the supply of doctors entering specialties would help keep expenditures in check.6

It is becoming clear that the longstanding policy of controlling the supply of physicians is failing, given increases in the numbers of chronically ill children and adults requiring care.

Managed Care and the Loss of Autonomy Among Practicing Physicians

According to the 2019 Merritt Hawkins survey, average physician work hours tracked in the survey dropped by 2.4 percent from 2016 to 2018, which equates to approximately 20,000 fewer physician full-time equivalents (FTE) and millions of fewer patients seen.3

One of the major contributing factors affecting the number of hours physicians directly work with patients is the increasing amount of time spent on non-clinical paperwork and administrative tasks. The survey shows that physicians spend 23 percent of their total work hours engaged in non-clinical paperwork, time equivalent to the work hours of approximately 186,000 physician FTEs.

The burden of paperwork helps to explain why 80 percent of physicians responding to the Survey of America’s Physicians indicated they currently are overworked and overextended and do not have the time to see more patients or take on new duties. Paperwork also limits the number of health care problems physicians can address in one visit, which generates additional visits and creates a cycle of escalating demand.3 6

“Managed care” is cited as a reason for the increased amount of paperwork burdening physicians, who now have less and less face-to-face time with patients. Managed care is a term for health care systems owned by corporations and regulated by government that integrate the delivery and financing of health care. Managed care contrasts with most medical practice in the U.S. prior to the 21st century, which allowed doctors to make independent clinical decisions and bill for their services without interference from managers.7

An article published on Medical Economics explains the frustration that physicians in the U.S. are facing today: “Kyle Varner, MD, an internist at the Tripler Army Medical Center in Hawaii and author of White Coat Cartels, laments that he spends more time in front of a computer documenting his time with patients than he actually spends with patients. “This is not because I am trying to create a good record of the care—it is because I have to play semantic games so that the hospital gets paid,” he says.”8

Under managed care, medical and health insurance industries have developed protocols and specific procedures to establish a “standard of care” that physicians are required to adhere to for all patients to, ostensibly, create better health outcomes and cut costs.9

For example, Dr. Varner explains that another challenge is dealing with insurance companies that try to convince him to prescribe certain drugs over others, which leads to a longer authorization process and paperwork to obtain his preferred choice for an individual patient. He says, “So, instead, I often adhere to their guidelines, which may not have the patient’s best interests at heart.”8

The standardization of medical practice forces physicians to follow a script and adhere to a “one-size-fits-all” cookie cutter cost savings approach to patient care, but at what price to the individual patient’s health?

8 Responses to "Big Shortage of Doctors for Chronically Ill Americans"