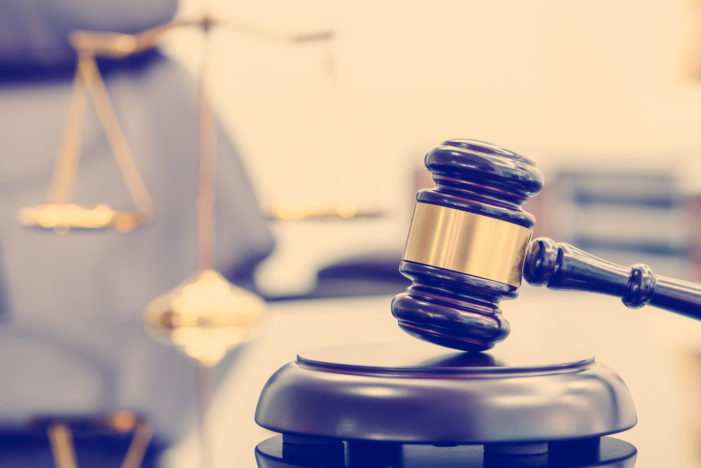 In response to more than 150 cases of measles identified in Rockland County since October 2018, on Mar. 26, 2019 Rockland County Executive Ed Day declared a 30-day public health emergency and banned healthy unvaccinated children under age 18 from entering schools and other public spaces.1 A retired NYPD policeman,2 Day warned that if unvaccinated children without state approved medical exemptions are found in schools, churches, synagogues, shopping malls, restaurants or using public transportation, their parents could face criminal charges and a $500 fine or six months in jail.3 4

On Mar. 28 and Apr. 4, New York legislators supporting a bill (S2994)5 to repeal the religious belief vaccine exemption announced their determination to end all non-medical vaccine exemptions filed by parents on behalf of children attending daycare or school.6 7 If the bill becomes law, New York would join Mississippi, West Virginia and California8 and penalize Americans residing in the state for following their deeply held religious or spiritual beliefs opposed to use of vaccines that can cause injury and death in healthy people.

Judge Thorsen set an April 19 hearing for the lawsuit. In invoking the temporary injunction, Thorsen pointed out that 166 cases of measles in the county did not rise to the level of an epidemic and could not be defined as a disaster justifying banning unvaccinated children from public spaces. He added that Rockland County’s action “may have been misplaced.”

Quarantine For Sick, Not Healthy People

Day’s use of police power to, in effect, quarantine healthy children by banning them from appearing in public spaces under threat of their parents being criminally prosecuted and punished appears to be the first time in U.S. history that this type of police action has been taken against healthy children and their parents. Historically, quarantine laws apply to actively, infected sick people who are isolated from healthy people until they are well.12 13

In the 18th and 19th centuries, travelers arriving on boats entering U.S. harbors were commonly quarantined for a period of time to make sure anyone infected with yellow fever, cholera, typhus, smallpox and other infectious diseases with high morbidity and mortality rates had recovered before disembarking.14

“We Don’t Want to Bite Anybody. We Just Want You To Obey the Law”

As this outbreak has continued our inspectors have begun to meet resistance from those they are trying to protect. They have been hung up on or told not to call again. They’ve been told “we’re not discussing this, do not come back,” when visiting the homes of infected individuals as part of their investigations. This type of response is unacceptable and irresponsible. It endangers the health and well-being of others and displays a shocking lack of responsibility and concern for others in our community.15

Day was quoted in a Mar. 30 New York newspaper stating that, “Parents will be held accountable if they are found to be in violation of the state of emergency and the focus of this effort is on the parents of these children… We are urging them, once again, now with the authority of law, to get your children vaccinated.”16 In another local paper, he was quoted as saying, “The teeth are there, we’re not biting. We’re showing you the teeth. We don’t want to have to bite anybody. We just want you to obey the law.”17

According to Day, more than 17,000 MMR shots had been administered in the county between October 2018 and the end of March.18

Rockland County is located about 15 miles from New York City with a population of around 311,000 and has the largest Jewish population per capita of any county in the U.S.19 The measles outbreak apparently began when a handful of international travelers with measles arrived in the county in September 2018 during Jewish High Holy Days. Subsequently, measles cases were identified among members of an Orthodox Jewish and Hasidic community in Rockland, where a number of residents had not been vaccinated.20

As of Apr. 5, 2019, the Rockland County Health Department officials stated there had been 167 confirmed reported cases of measles in the county, with 82 percent of those infected classified as having had no MMR shots; 8.4 percent having had one or two MMR shots; and 9.6 percent classified as “unknown status.” About 85 percent of the measles cases have occurred in children under 18 years old.21

Jewish Passover this year begins Apr. 19 and ends Apr. 27. Christian observances begin on Palm Sunday Apr. 14 through Easter Sunday and Good Monday Apr. 22. If the Rockland County ban had not been lifted by Judge Thorsen, unvaccinated children without a state approved medical exemption would have been barred from worshipping in synagogues and churches on days that Jews and Christians consider to be among the most holy of the year.

In nearby New York City, as of Apr. 8, 2019, 285 cases of measles had been confirmed by the health department in Brooklyn and Queens,22 with 228 cases occurring in the Williamsburg neighborhood of Brooklyn, where thousands of Jewish families live.23 There are reports that continuing publicity about measles cases occurring in Jewish communities has resulted in an increase in anti-semitism and prejudice against Jewish people in the city.24

However, on Apr. 9, 2019, Mayor Ed DeBlasio declared a state of emergency and the Health Commissioner ordered “every adult and child who lives, works or resides in Williamsburg” and has not received the MMR vaccine to get vaccinated unless they can demonstrate “they are immune from measles or should be medically exempt.”25 According to the New York City Health Department bulletin, even though it is routinely recommended that children receive the first MMR dose after one year of age and the second dose between ages four and six:

[Vaccine] providers serving the Orthodox communities in Bourough Park and Williamsburg should administer an additional early dose of MMR vaccine to all patients aged 6 to 11 months during the current outbreak. This dose should not count toward the routine, two-dose vaccine series. Also providers may give children younger than 4 the routine second dose of MMR, provided it has been at least 28 days since the child received a previous dose of MMR, varicella or live intranasal influenza vaccine.26

In a Newsday article, a local medical doctor, who is also a rabbi, was quoted as saying there is nothing in Jewish religion that prohibits vaccination. “The religion was in place long before vaccines were developed,” said Dr. Aaron Glatt.27

In 1987, a U.S. District Court in New York ruled that the state could not force residents to belong to an organized religion or specific church in order to exercise sincerely held religious beliefs and qualify for a religious exemption to vaccination because it violates both religion clauses of the First Amendment:

The United States Constitution mandates that, if New York wishes to allow a religiously-based exclusion from its otherwise compulsory program of immunization of school children, it may not limit this exception from the program to members of specific religious groups, but must offer the exemption to all persons who sincerely hold religious beliefs that prohibit the inoculation of their children by the state.31