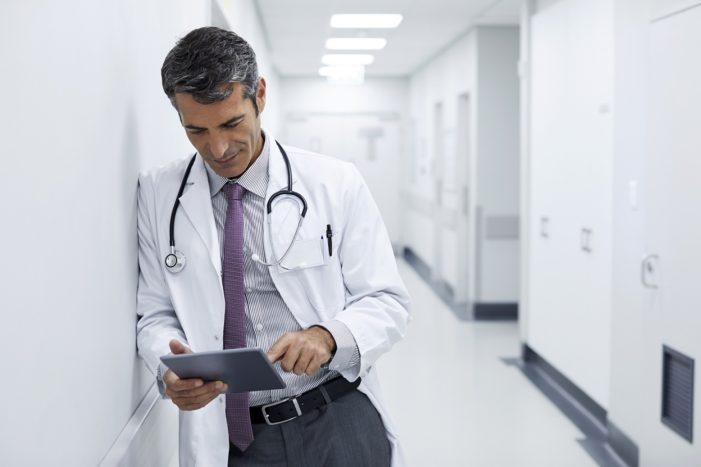 I have lost track of the number of times I’ve had conversations with medical doctors about health-related issues (yes, including vaccines) and have been talked down to when I asked too many questions or gave the slightest hint that I was uncomfortable with the medical advice being given. When faced with someone who is acting more like an educated consumer than just another patient, many physicians have asked me, “So, where did you learn that… the Internet? Dr. Google?”

The underlying message was that I should not trust what I read on the Internet and, besides, I wasn’t qualified to do my own health or medical research because I didn’t go to medical school. Cardiologist Haider Warraich wrote in The New York Times last year:

Doctors and nurses frequently try to discourage their patients from turning to the internet for answers. And yet patients will continue to Google their symptoms and medications because the internet doesn’t require an appointment or a long wait, it is not rushed, it doesn’t judge, it doesn’t require a hefty co-pay and it often provides information that seems simple to understand.1

The question has sometimes been asked in a light-hearted manner meant to poke a little fun. But sometimes it has been asked with a roll of the eyes and a clear sense of exasperation, creating an awkward moment. It’s at that point that I’ve usually opted to remain quiet and let the moment pass without any further escalation. Only with a couple of doctors whom I knew personally did I answer, “Probably the same way you usually get your information, I did some research on the Internet.”

Side note: Remember, the Internet is simply a delivery system, a vehicle to get somewhere. Where you choose to go is another matter.

My response was not meant to be disrespectful. It was based on my observations of doctors whenever I’ve asked them questions they could not readily answer. Usually, they would pick up their laptop and go online to a website or do a Google search.

A 2014 article in The Atlantic referenced a report by the IMS Institute for Healthcare Informatics that found that Wikipedia was the top source of health information for doctors. According to the article by Julie Beck, “Fifty percent of physicians use Wikipedia for information, especially for specific conditions.”2

According to an annual survey by pharmaceutical media agency CMI/Compas of King of Prussia, Pennsylvania, “Online searching is a popular activity among doctors, with more than 70% of physicians using search engines—most often Google—at least once daily for professional purposes.”3

Another survey conducted in the Asia-Pacific region by science and medical information firm Elsevier of the Netherlands a few years ago found that “90% of doctors rely on online search engines to aid their clinical decisions with Google being the most popular… ” noted an article in The Times of India.4 “The survey found eight in ten physicians indicated that having ‘instant access’ to the latest reference content is ‘very’ and ‘extremely important’ in influencing their clinical decisions.”4

Putting aside the fact that doctors and other medical professionals use the Internet and “Dr. Google” just like anyone else, the question then arises, “Are they more qualified to distinguish between good and bad health-related information that is found online than someone who does not have a medical degree?” My experience has been that sometimes they are and sometimes they’re not. It depends on the individual and on the health issue.

I have sometimes been told by doctors that I lack the training to properly filter reliable from non-reliable health information because they are scientists and I am not. But is that always true? Are doctors scientists? Not according to Richard Smith, MD, editor in chief of The BMJ and chief executive of the BMJ Publishing Group from 1991 to 2004.

“Some doctors are scientists—just as some politicians are scientists—but most are not. As medical students they were filled full with information on biochemistry, anatomy, physiology, and other sciences, but information does not a scientist make,” says Dr. Smith.5

Dr. Smith explains, “A scientist is somebody who constantly questions, generates falsifiable hypotheses, and collects data from well designed experiments—the kind of people who brush their teeth on only one side of their mouth to see whether brushing your teeth has any benefit. Most doctors follow familiar patterns and rules, often improvising around those rules. In their methods of working they are more like jazz musicians than scientists.”5

It is that “constantly questioning” (and searching) piece that I found disturbingly missing in many doctors. Oddly, it is perhaps that habit that many doctors find most annoying about patients who like doing their own research, along with consulting their health care providers.