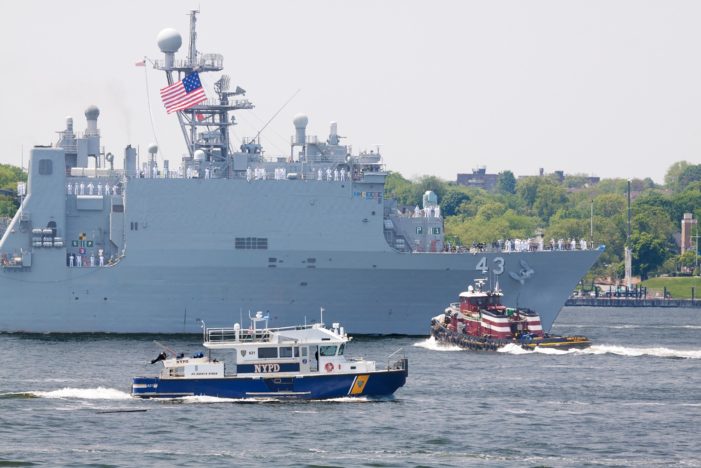 The U.S. Navy’s amphibious warship the U.S.S. Fort McHenry (LSD-43) has been quarantined at sea for more than two months due to an outbreak of a mumps-like disease known as parotitis among its crew.1

CNN has reported that 25 sailors and Marines aboard the ship have been diagnosed with parotitis, which is characterized by inflammation and swelling of one or both of the salivary glands on the insides of the cheeks known as parotid glands.1 2 3

The Fort McHenry, a Whidbey Island-class dock landing ship, which is currently deployed in the Persian Gulf, has a crew complement of 703 military personnel, including elements of the 22nd Marine Expeditionary Unit.1 4

Parotitis can be caused by either a viral5 or bacterial infection,6 but in this case it appears that the infection was caused by a virus.1 3 A common cause of parotitis that is unrelated to either a virus or bacteria is dehydration.7 The first case of the illness aboard the Fort McHenry occurred on Dec. 22, 2018 and the most recent case on Mar. 9, 2019.1

“None of the cases are life-threatening and all have either already made or are expected to make a full recovery,” stated the Fifth Fleet. In fact, 24 of the 25 crew members who contracted parotitis have returned to duty.1

Parotitis is noted as a possible “adverse event” following MMR vaccination by the World Health Organization. “Parotitis typically occurs 10–14 days after vaccination,” states the WHO.9 According to the Navy’s Fifth Fleet headquarters in Bahrain, the entire crew of the ship was given MMR booster vaccinations.1