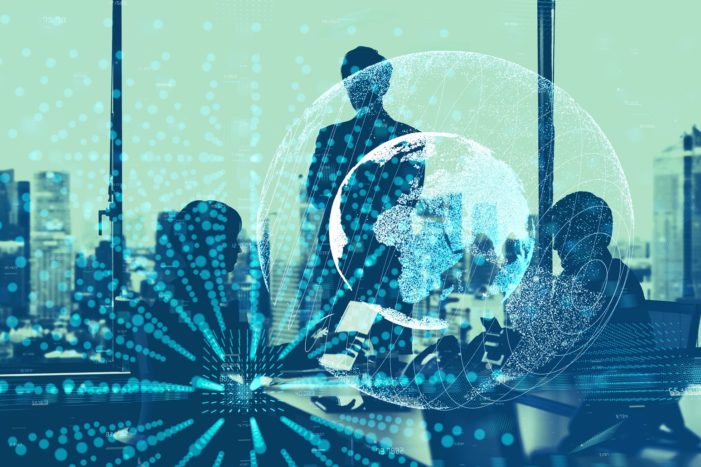 The following article is the second of three excerpts from a report, WHO, Pharma, Gates & Government: Who’s Calling the Shots?, which was published by the National Vaccine Information Center on Jan. 29, 2019.

Immediately after World War II in 1945, the United Nations (UN) voted to establish a new international health organization. In 1948, the World Health Organization (WHO) was founded by the UN after ratification by 26 members states and given a budget of $5 million. WHO is a specialized agency of the UN headquartered in Geneva, Switzerland and is composed of six regional offices operating in different parts of the world, including the Pan American Health Organization (PAHO) located in Washington, DC. Today, 194 members states of the United Nations are impacted by the activities of the WHO, which has a broad mandate to “act as the directing and coordinating authority on international health work.”52

The WHO Constitution, revised in 2006, states that its objective “is the attainment by all peoples of the highest possible level of health” and health is defined as “a state of complete physical, mental and social well being and not merely the absence of disease or infirmity.” The WHO Constitution also states that, “Informed opinion and active co-operation on the part of the public are of the utmost importance in the improvement of the health of the people.”53

The top priorities of the WHO when it was founded 70 years ago were malaria, tuberculosis, venereal diseases, maternal and child health; sanitary engineering and nutrition. During the first 30 years of WHO’s operation, the UN agency spearheaded a global smallpox eradication campaign (1958-1980); prevention and control of yaws, endemic syphilis, leprosy, trachoma, cholera and yellow fever (1960s); fertility regulation and birth control (1970s) childhood vaccination programs (initiated 1974) and the institution of primary health care of all national health systems (initiated 1978).54

Today, the WHO is the world’s largest and most influential public health agency with an annual budget for 2018-2019 of $4421.5 million ($4.4 billion).55 About 20 percent ($956.9 million) of the WHO budget is funded by assessments on member states and the remaining 80 percent is funded by “voluntary contributions.” The biggest individual programs funded by WHO are for polio eradication vaccine campaigns ($903 million); vaccine campaigns for other communicable diseases in developing countries ($805 million); and corporate services/enabling functions ($715.5 million).

The Bill & Melinda Gates Foundation is the largest non-state funder of the WHO, having donated more than $2 billion in earmarked grants to the international health agency since 1998, and is the second largest WHO funder overall (after the U.S. government). Because Gates Foundation grant money is earmarked for specific programs, such as vaccine purchase, delivery and promotion, the Gates Foundation significantly influences the setting of WHO’s program priorities.57

WHO Scientists & Conflicts of Interest During 2009 Flu Pandemic

In 2010, after a joint investigation by the British Medical Journal (BMJ) in collaboration with the London-based Bureau of Investigative Journalism, an article was published in the BMJ revealing that three key scientists, who influenced the WHO’s decision to declare a swine flu (H1N1) influenza pandemic in 2009 and recommend that all countries use and stockpile vaccines and pandemic flu drugs, had financial ties to pharmaceutical companies profiting from the WHO recommendations (GlaxoSmithKline and Roche). WHO was also criticized for lack of transparency for refusing to release the identities of the 16 members of an Emergency Committee formed in 2009 to guide pandemic policy.58

The 2009 pandemic H1N1 vaccine, which was rushed to market to address a WHO declared pandemic that did not happen, triggered an autoimmune reaction in more than 1,300 people in Europe who got GSK’s Pandemrix vaccine and left them with narcolepsy, an incurable immune mediated neurological disorder.59

The WHO and the U.S. government are founding partners of Gavi, the Vaccine Alliance. In 2000, the Bill & Melinda Gates Foundation provided $750 million in seed money to spearhead the creation of Gavi, a public-private partnership and multilateral funding mechanism involving the WHO, governments, the vaccine industry, the World Bank, philanthropic foundations and civil society groups to “improve access to new and underused vaccines for children living in the world’s poorest countries.”60

Between 2000 and 2013, only about 10 percent of total funding provided by Gavi ($862 million) was used to strengthen health systems in developing countries, such as improving sanitation and nutrition, while nearly 80 percent as used to purchase, deliver and promote vaccines.62

Gavi is headquartered in Geneva with an office in Washington, DC that carries out day-to-day operations and one of Gavi’s core goals is to “shape markets for vaccines and other immunization products.”

In 2008, Gavi announced that five countries—Italy, Norway, Canada, the UK and Russia—had joined the Gates Foundation to pledge $1.5B in the Advance Market Commitments (AMC) to accelerate access to pneumococcal vaccines with donors providing up front funding commitments to support vaccine purchase and speed the introduction and use of vaccines in countries partnering with Gavi.

Currently, the AMC incentivizes vaccine manufacturers to sign contracts to provide pneumococcal vaccine to developing countries at lower per dose prices and be reimbursed by Gavi funds. By March 2015, Pfizer and GlaxoSmithKline had received more than $1 billion from Gavi’s AMC funds.63

CDC officials provide Gavi with technical support and guidance. In 2015, the U.S. Congress pledged to appropriate $1 billion to Gavi that was spread over four years (2015-2018).64

On Oct. 16, 2018 at the World Health Summit in Berlin, Gavi CEO Dr. Seth Berkley announced that 11 heads of the world’s leading health and development organizations had signed a “landmark commitment” to find news ways to accelerate achieving goals of the United Nation’s Sustainable Development Goals created in 2015. The new Global Action Plan vaccine marketing initiative is being coordinated by the WHO.65 Relating Sustainable Development Goals to vaccination of all the people in the world, Gavi states that:

GAVI CEO: “A measles case anywhere is a threat everywhere”

In 2016, Dr. Berkley and other Gavi executives came under criticism in the UK in 2016 for taking excessively high salary packages. According to an investigative news report: “Seth Berkley has taken home more than £2 million over the past four years as chief executive officer of Global Alliance for Vaccines and Immunisation (Gavi), which has been given £1.5 billion by Britain. Another official at the Geneva-based group collects a pay package of more than £500,000 a year. Incredibly, Dr. Berkley was given a housing allowance on top of his £623,370 pay package.”67

In December 2018, Dr. Berkley told CNN that “while measles is one of the few diseases we could potentially eradicate, that will never happen if wealthy countries like the United States can’t maintain herd immunity. Because a measles case anywhere is a threat everywhere.” He said parents in the U.S. are delaying their children’s vaccinations “perhaps because they believe in immunization but are worried by some of the anti-vaccine scaremongering. This needs to stop.” Echoing the idea that parents who don’t go along with the vaccine program are selfish, he added, “in countries like the United States we need to stop thinking about vaccination as something you only do to protect the ones you love, and instead view it also as a goodwill act for the benefit of others.”68

According to the CDC, in 2017-2018 “vaccination coverage among kindergarteners remained high,” with 94 percent of children having received two doses of measles, mumps and rubella (MMR) vaccine; four or five doses of diphtheria, tetanus and pertussis (DTaP) vaccine and two doses of varicella zoster (chickenpox) vaccine (among many other vaccines required by states for school attendance). Two percent of kindergarteners had an exemption from one or more state required vaccines.69

2 Responses to "The WHO and Gavi, the Vaccine Alliance Lead Global Vaccine Marketing"