A Baby Died After Vaccination 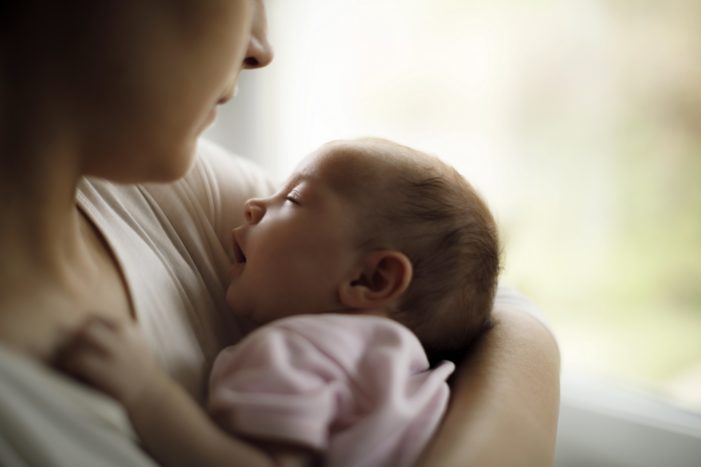 I watched every mother’s nightmare unfold yesterday in a conversation on a local online mom’s group.  It began when the baby’s aunt asked frantically for prayers for her nephew, who had gotten his four-month shots that day and was found unresponsive in the evening.  Then we learned the baby had apparently bled from every orifice and had swelling of the brain. The aunt shared that they kept the baby “alive” to give family time to arrive at the hospital.  And then, the baby died.

The aunt told us the probable diagnosis was SIDS. When the family questioned the doctor about whether the vaccines (pneumococcal, H. influenza (HIB), rotavirus, diphtheria, pertussis, tetanus (DTaP) and polio, and perhaps hepatitis B if he had not yet received that at birth) administered just hours before could have caused this massive organ failure and death, the doctor denied the possibility of any causal relationship between the baby’s death and the vaccinations he was given. The doctor justified that conclusion on the basis of the infant not reacting poorly to the series of shots given at two months.

So a healthy baby goes in for a well child check with a minor cold, receives multiple vaccines and is dead within hours but there is no possibility the vaccinations played any role in the infant’s sudden death?

It is always tragic when an infant dies. As a family physician responsible for the care of many children, my distress is felt at a professional as well as a personal level when a child dies. Why did this child die and what could have been done to prevent this baby’s death and saved these parents from the lifetime of grief that results from such a loss?

I reached out privately to my colleagues for support.  Some responded with sincere sadness and worry. One physician friend recalled a night on call as a resident when a two-month-old died following a hepatitis B vaccination given earlier that day. The attending physicians wouldn’t let my friend report the death to VAERS (Vaccine Adverse Events Reporting System) because they deemed the death after the hepatitis B vaccination to be “a coincidence.” My story brought back those memories for her and she felt awful and conflicted.

Another physician friend told me “It’s sad when babies die,” and went on to admit concerns about vaccines, but ended by saying, “But of course the benefits outweigh the risks.” In response to my concern about the temporal relationship between a healthy child receiving vaccines and that child dying within hours, a common theme among these doctors seemed to be, “correlation does not equal causation,” and “they may harm some but overall they’re more beneficial to the majority.” No one seemed interested in exploring the deadly correlation in this case or in learning more about how injecting not just disease antigens but many other chemicals, adjuvants and foreign DNA into infants might affect them.

As a physician, stories like this one make me ask some difficult questions. Since nothing in our medical training has prepared us to recognize or respond to treat vaccine reactions, and we don’t seem to be able to recognize death as an adverse reaction when it happens within 24 hours of receiving a vaccine, how in the world are we going to recognize any of the other milder warning signs of vaccine adverse events that could harm a child’s health? Is it possible that this baby had symptoms that his body wasn’t handling his earlier shots, and due to adherence to the prevailing one-size-fits-all mindset, those signs went unnoticed?

A colleague of mine stumbled upon a book called Every Second Child by Archie Kalokerinos, MD. Dr. Kalokerinos found that many babies who presented similarly to the baby in my town turned out to have vitamin C deficiency (scurvy). He found old studies supporting the use of high dose vitamin C, and began using that treatment. Dr. Kalokerinos won the Australian Medal of Merit in 1978 for lowering the infant mortality rate from 50 percent to almost none. He felt so strongly about sharing his findings that he gave his book away rather than selling it.1

If we care about protecting the “greater good” then why is it so politically incorrect to care about the individual casualties of what is presumed to be a “good” medical intervention? If we are so smart and have so much science behind our decisions, why would we not look at those who die after vaccination to find commonalities for the purpose of finding ways to prevent a vaccine-related death or injury?

We should not be afraid to explore the relationship between vitamin levels, electrolytes, genetics, family history, breastfed versus formula fed status, method of birth, prenatal history and antibiotic use, and the specific and nonspecific negative effects of vaccines. It seems unethical for physicians to demand the full cooperation of parents in vaccinating their children with every one of the 50 doses of 14 vaccines currently recommended by the CDC starting on the day of birth through age six, only to be abandoned with a shrug and “it’s for the greater good” when their child is injured or dies after receiving those vaccines.2 3 4 5 6 7 8 9

I want to know why the lives of those who might die from “vaccine preventable diseases” matter more than those who die from vaccines? If we don’t know why a four-month-old baby in our community died, don’t we owe it to that child and his family to at least be curious?

Note: The author is an integrative and holistic medicine physician and a founding director of Physicians for Informed Consent.

144 Responses to "A Baby Died After Vaccination"