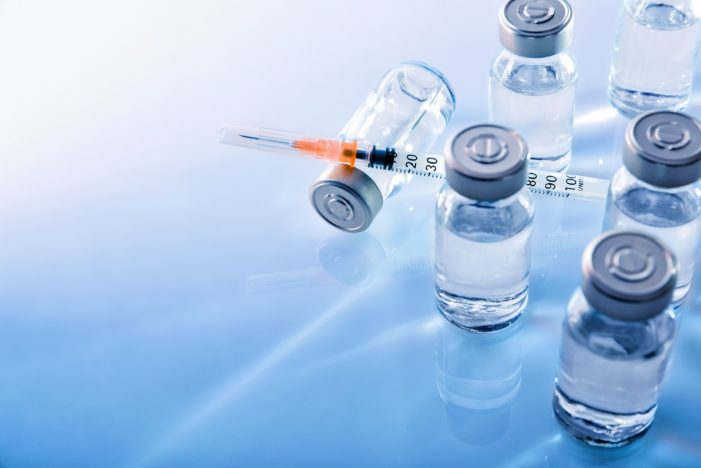 On Dec. 21, 2018, the U.S. Food and Drug Administration (FDA) approved a new combination hexavalent vaccine (Vaxelis) that includes antigens for six different diseases: diphtheria, tetanus, pertussis, hepatitis B, poliomyelitis and invasive haemophilus influenza type B.1 Vaccine manufacturers Sanofi Pasteur and Merck jointly developed Vaxelis, which is approved to be given in three doses to children between six weeks and four years of age but children will have to get a separate dose of DTaP vaccine to complete the primary pertussis vaccine series before age four. The new combination vaccine is expected to be commercially available in the U.S. in 2020.2

Sanofi provided the antigens for diphtheria, tetanus, pertussis, and poliomyelitis for Vaxelis production and Merck provided antigens for H. influenzae type b and hepatitis B.3 Vaxelis has been approved by government regulators in the European Union since 2016.4

Monovalent vaccines include only one antigen, while multivalent or polyvalent vaccines like Vaxelis include either more than one strain of a microorganism or more than one type of microorganism. Widely used multivalent vaccines include the live attenuated measles, mumps and rubella vaccine (MMR) and the inactivated diphtheria, tetanus and acellular pertussis vaccines (DTaP for children under age seven and Tdap for older children and adults). Separate vaccines for measles, mumps, rubella and pertussis are not available in the U.S., while tetanus and diphtheria vaccines are only available as a combination (DT or Td) vaccine.

Combination vaccines have been created by manufacturers to purportedly reduce the number of shots a child must receive to be in compliance with government recommended childhood vaccine schedules and to simplify ordering, transport and storage of vaccines.5

Drawbacks to the multivalent vaccines include a higher risk of pain and swelling at the injection site and, and for Merck’s MMRV (mumps, measles, rubella, varicella) vaccine in particular, a higher incidence of febrile seizures in children under age four.7 The product manufacturer package insert for the new hexavalent vaccine states that Vaxelis is contraindicated in children with a history of severe allergic reaction to any of the ingredients of the vaccine, or to any “other diphtheria toxoid, tetanus toxoid, pertussis-containing vaccine, inactivated poliovirus vaccine, hepatitis B vaccine, or H. influenzae type b vaccine.”

According to the Vaxelis product insert, contraindications include “a history of encephalopathy (coma, decreased levels of consciousness, prolonged seizures) within 7 days of a previous dose of pertussis-containing vaccine, that is not attributable to another cause” and “a history of progressive neurologic disorder, including infantile spasms, uncontrolled epilepsy, or progressive encephalopathy until a treatment regimen has been established and the conditions has stabilized.” Warnings and Precautions include temperature over 105F within 48 hours not attributable to another identifiable cause; collapse or shock-like state (hypotonic-hyporesponsive episode (HHS) within 48 hours; persistent, inconsolable crying lasting more than three hours within 48 hours; and seizures with or without fever within three days.