Nevada Man Diagnosed With Guillain-Barré Syndrome After Getting Flu Shot 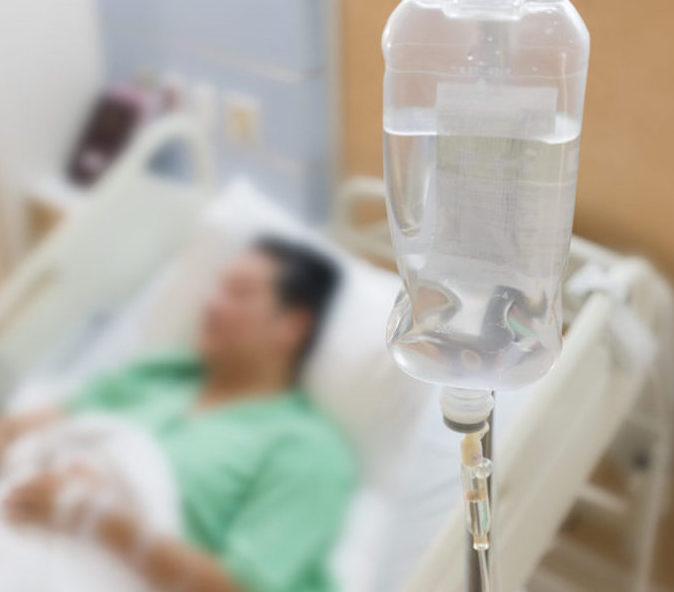 Shane Morgan of Las Vegas, Nevada was vaccinated against influenza on Nov. 2, 2018. Within 36 hours, he began exhibiting symptoms of influenza. “About 36 hours after he got the flu shot he started to get sick,” said Mr. Morgan’s wife, Monique.

After a week of being ill at home, Mr. Morgan told  his wife that he could not feel his legs and arms and that she should to take him to the hospital. “He’s like I can’t feel my legs… I need you to take me to the emergency room,” said Mrs. Morgan.1

Mr. Morgan, who had previously been “perfectly healthy,” was admitted to the intensive care unit (ICU) of Centennial Hills Hospital in Las Vegas on Nov. 14, where he was placed on a ventilator and feeding tube. Doctors diagnosed him as having Guillain-Barré Syndrome (GBS).1 2

“I never dreamed that any of this could ever happen,” said Mr. Morgan.2

The Centers for Disease Control and Prevention (CDC) states the most common side effects of the influenza vaccine are soreness, redness and/or swelling at the injection site, headache, fever, nausea and muscle aches and that, as with any vaccine, more serious adverse effects may occur and could include fainting, high fever or behavioral changes. The CDC advises watching out for post-vaccination signs of a severe allergic reaction, which may include difficulty breathing, hoarseness or wheezing, swelling around the eyes or lips, hives, paleness, weakness, rapid heart beat or dizzines.3

The CDC admits that GBS is also a potential risk associated with the seasonal influenza vaccine.3 GBS is an autoimmune disorder in which the immune system mistakenly attacks the peripheral nervous system (the network of nerves located outside of the brain and spinal cord), resulting in muscle weakness, sometimes paralysis and breathing difficulties, which in rare cases may lead to death.4 5

Although most people recover from GBS, some retain residual symptoms such as excessive fatigue, sensory disturbances, muscle weakness, and chronic pain.GBS was added to the Vaccine Injury Table (VIT) of the federal Vaccine Injury Compensation Program (VICP) created under the National Childhood Vaccine Injury Act of 1986 in March 2017.6 The VIT states that “For each subtype of GBS, the interval between the first appearance of symptoms and the nadir of weakness is between 12 hours and 28 days. This is followed in all subtypes by a clinical plateau with stabilization at the nadir of symptoms, or subsequent improvement without significant relapse. Death may occur without a clinical plateau.”

In addition to seasonal influenza vaccines, GBS has also been reported as a potential side effect of other vaccines including Merck & Co.’s live attenuated MMR (mumps, measles, rubella) II vaccine, as well as hepatitis B, meningococcal polysaccharide, tetanus, diphtheria, pertussis (Tdap) and polio vaccines.7 8