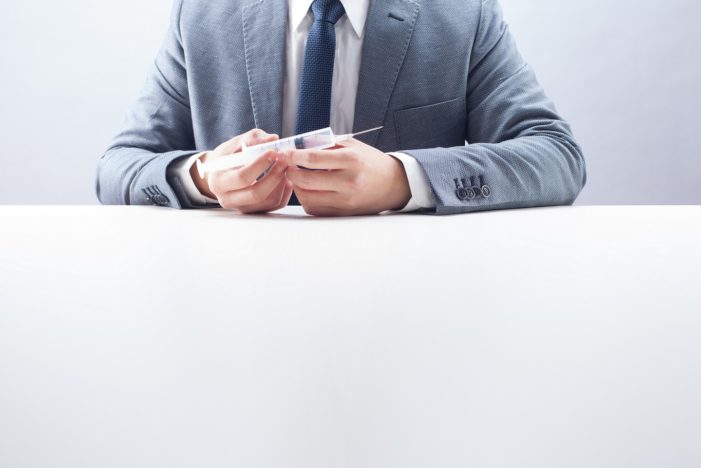 Physician Mark Green of Clarksville, Tennessee was elected last month to the U.S. House of Representatives. He is scheduled to be sworn into his new post on Jan. 3, 2019.1 2

In the last few weeks, the newly elected congressman was inducted into the brass knuckle world of political correctness when he dared to step out of line and publicly voice his concern about the safety of vaccines.

After his military service, Dr. Green founded an emergency room management company called Align MD, which he later sold to American Physician Partners, LLC. He also founded the Two Rivers Medical Foundation, “which operates two free medical clinics, and serves on the board of two nonprofit organizations that care for soldiers and their families as they return from war.”2 3

In 2016, Green was honored as a “Health Care Hero” by the Nashville Business Journal for  his “business leadership with Align MD, a health care staffing company, and his consistent work in the General Assembly to address health care innovation in insurance, delivery of care and access.”4

At a town meeting with constituents on Dec. 11, 2018, Green added another notable feat to his list of impressive accomplishments: He dared to veer from vaccine orthodoxy by questioning the accuracy vaccine safety data put out by the Centers for Disease Control and Prevention (CDC) and suggesting that there may be a link between vaccines and autism.

In response to a question about cuts in Medicaid funding by a mother of a young adult with autism, Dr. Green said:

Let me say this about autism. I have committed to people in my community, up in Montgomery County, to stand on the CDC’s desk and get the real data on vaccines. Because there is some concern that the rise in autism is the result of the preservatives that are in our vaccines. As a physician, I can make that argument and I can look at it academically and make the argument against the CDC, if they really want to engage me on it. But it appears some of that data has been, honestly, may be fraudulently managed. So we’ve got to go up there and stand against that and make sure we get that fixed, that issue addressed.5 6

It has been suggested on the floor of the House that the CDC may have not been transparent with data. Parents should vaccinate their children, but more research definitely needs to be done.5 6

Green’s reference to suggestions made on the floor of the House of Representatives appear to be related to the prepared remarks delivered by Congressman Posey in 2015 alleging that the CDC may have tampered with data involving an important study on health outcomes following administration of MMR (mumps, measles, rubella) vaccine to children.7 8

Inevitably, Green is also setting himself up for lots of nasty criticism, particularly from the corporate influenced mainstream media. Already, the predictable headlines have begun to surface. Here’s one from Esquire: “American Politics Is Full of Medical Doctors With Insane Ideas”. Here’s another one from Patheos: “New GOP Congressman Mark Green Rejects Science, Claims Vaccines May Cause Autism”.9 10

Then there is the headline on the website of astroturfer American Council on Science and Health that reads: “Anti-Vaxxers Like Congressman-Elect Mark Green Shouldn’t Be In Government”.11 12

So you have to fall in line 100 percent on vaccines or else you’re disqualified from public service? What other jobs or professions should one be blackballed from, and who shall serve as the Grand Inquisitor?

The knives are out and they’re being sharpened.