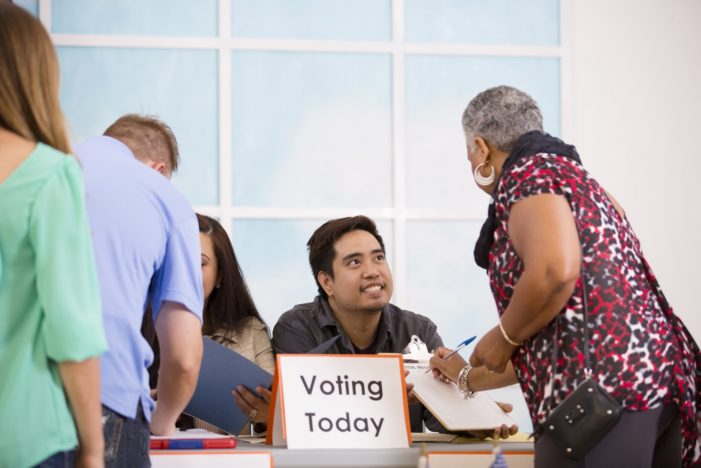 In a stepped up effort to promote vaccination against influenza during the 2018-2019 “flu season,” the non-profit organization SPARC (Sickness Prevention Achieved through Regional Collaboration) of Lakeville, Connecticut sponsored a “Vote & Vax” campaign throughout the United States to offer free influenza vaccinations at polling stations on Election Day earlier this week.1 2 3 4 5

According to Theresa Santoro of the Ridgefield Visiting Nurse Association in Connecticut, “The objective [of the Vote & Vax clinics] is to keep our populations healthy and free of the flu, and we make a very convenient, safe, efficient way to get your vaccine while you’re out there voting.”3

Organizers of the program cited last year, in which 80,000 people in the U.S. were reported to have died of influenza, as a factor in holding the clinics  and encouraging Americans to get vaccinated. “Last year was a horrible year for the flu. There were 80,000 deaths from the flu last year,” said Debbie Stoops, RN who is the vaccination coordinator at the Bureau of Health in the city of York, Pennsylvania. week.4 6 7

The 80,000 figure was noted on September 25, 2018 by CDC director Robert Redfield, MD in an interview with the Associated Press. “I’d like to see more people get vaccinated. We lost 80,000 people last year to the flu,” said Dr. Redfield.8 9

“These new estimates are record-breaking, and emphasize the seriousness and severity of flu illness and serve as a strong reminder of the importance of flu vaccination, ” states the CDC.8 10

However, there is some question about the accuracy of this estimate by the CDC.

In a recent article in The Vaccine Reaction, Marco Cáceres wrote, “That is an inflated figure which the CDC attained by combining the number of deaths caused by pneumonia, other respiratory illnesses and sepsis, along with those caused by lab confirmed type A or B influenza.”8

The simple truth of the matter is that, while pediatric deaths associated with lab confirmed influenza are reportable, no one really knows how many adults in the U.S. die of influenza each year. The CDC certainly doesn’t know, and it is upfront about that fact on its website. It says, “CDC does not know exactly how many people die from seasonal flu each year.”8

Initiated as a pilot project in 2004, Vote & Vax was subsequently expanded into a national program with the help of $200,000 in grant funding to 25 public health agencies from the Robert Wood Johnson Foundation (RWJF).11

The founder of the RWJF, Robert Wood Johnson II, was the son of the co-founder of the medical products company Johnson & Johnson (J&J). He  also served as the company’s president and chairman of the board. J&J is currently the fourth largest pharmaceutical company in the world and a major manufacturer of vaccines through its Janssen Vaccines division, which is working to develop a universal influenza vaccine that would target all influenza virus strains.13 14 15 16 17 18

The universal influenza vaccine is considered to be the “holy grail” of influenza research.19 20 21