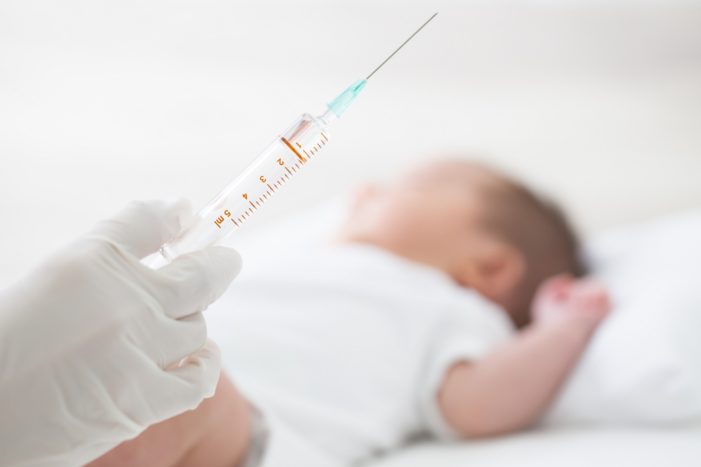 Few parents of vaccine-injured children would agree with the idea that repeat vaccination is safe for a child who had previously experienced an adverse reaction to a vaccine. Nevertheless, authors of a new Canadian study concluded that “the risk of recurrent AEFIs (adverse events following immunization) after revaccination is relatively low, especially when the previous reaction was mild or moderate.”1

The study published in The Pediatric Infectious Disease Journal, analyzed data collected over 19 years from Canada’s Adverse Events Following Immunization (AEFI) passive surveillance system, which is similar to the federally operated Vaccine Adverse Event Reporting System (VAERS) used in the U.S.2 Records for 5,600 children with adverse vaccine reactions reported between 1998 and 2016 were analyzed. Of those, follow-up data were available for 1,731 of the children (about 30 percent of the total) and 1,350 (78 percent) of those children had been revaccinated. Most of those revaccinated were under two years of age and had experienced a mild to moderate adverse reaction, commonly an allergic-type reaction.3

This means that 16 percent of the children who had a first reaction to vaccination reacted badly to revaccination, and for 20 percent of those, the adverse event was worse than the first one. This one-size-fits-all mindset presents a danger for those with genetic, biological or environmental high risk factors that give them a good chance of falling into that 20 percent. Those are the reactions that need to be screened for and prevented in susceptible children.

A series of reports published since 1991 by the Institute of Medicine (IOM), National Academy of Sciences have acknowledged that there are significant gaps in vaccine safety science.4 5

In 2012, an IOM committee confirmed that there is individual susceptibility to vaccine reactions but that physicians do not know how to reliably predict which individuals will suffer harm.6

Assume for the moment that vaccines work the way vaccine manufacturers, federal health agencies and the American Academy of Pediatrics insist that they do. Even the most rabid promoter doesn’t pretend vaccines work for everyone, or that they are not harmful for “a few.” Those few are not just numbers, they are unique individuals, and their lives are as important as any others.

According to Barbara Loe Fisher, co-founder and president of the National Vaccine Information Center (NVIC), “Many biological responses are at least partially under genetic control.” Presenting this hypothesis to the Institute of Medicine Immunization (IOM) Review Committee in 2001, Fisher said, “If, for example, adverse responses to vaccination are tied to the genes responsible for predisposition to autoimmunity and immune-mediated neurological dysfunction, then it is possible that the addition of more doses of vaccines to the routine schedule in the past three decades has affected more and more children with that genetic predisposition. So the pool of genetically susceptible children has not changed but the environmental triggers have increased.7

“Therefore, when all children only were exposed to DPT and polio vaccine in the 1960’s, a small fraction of those genetically vulnerable to vaccine complications responded adversely. But with the addition of the combination measles, mumps, and rubella to the routine schedule in the late 1970s and, then, Hib, hepatitis B and chicken pox in the late 1980s and 1990s, far more of those genetically vulnerable to atypical manipulation of the immune system by vaccination have been brought into the vaccine adverse responder group.”7

Their response in an IOM published report was as follows:

The committee was unable to address the concern that repeated exposure of a susceptible child to multiple immunizations over the developmental period may also produce atypical or non-specific immune or nervous system injury that could lead to severe disability or death (Fisher, 2001). There are no epidemiological studies that address this. Thus, the committee recognizes with some discomfort that this report addresses only part of the overall set of concerns of some of those most wary about the safety of childhood immunizations.8

Doesn’t that tell us something? Yet now, some doctors are saying that, even when those children clearly identify themselves as being vulnerable to adverse response to vaccines, they should continue to be vaccinated? That is the kind of public health policy that doesn’t make sense and only adds to the concern parents have about the safety of vaccines. Why should parents trust doctors when they dismiss the children who suffer vaccine reactions as not worth protecting from harm?